Gilas Pilipinas bucked off a slow start, banked on June Mar Fajardo’s dominance, and repulsed a scare from a gritty Thailand squad, 76-73 in their 31st Southeast Asian Games Vietnam 2021 men’s 5-on-5 basketball opener on Monday at the Thanh Tri Gymnasium in Hanoi.

Fajardo played his finest game in a national team uniform, scoring a personal international-high 28 points including nine in the final frame to help the Philippines buck off a slow start and win their first assignment in the seven-team field. 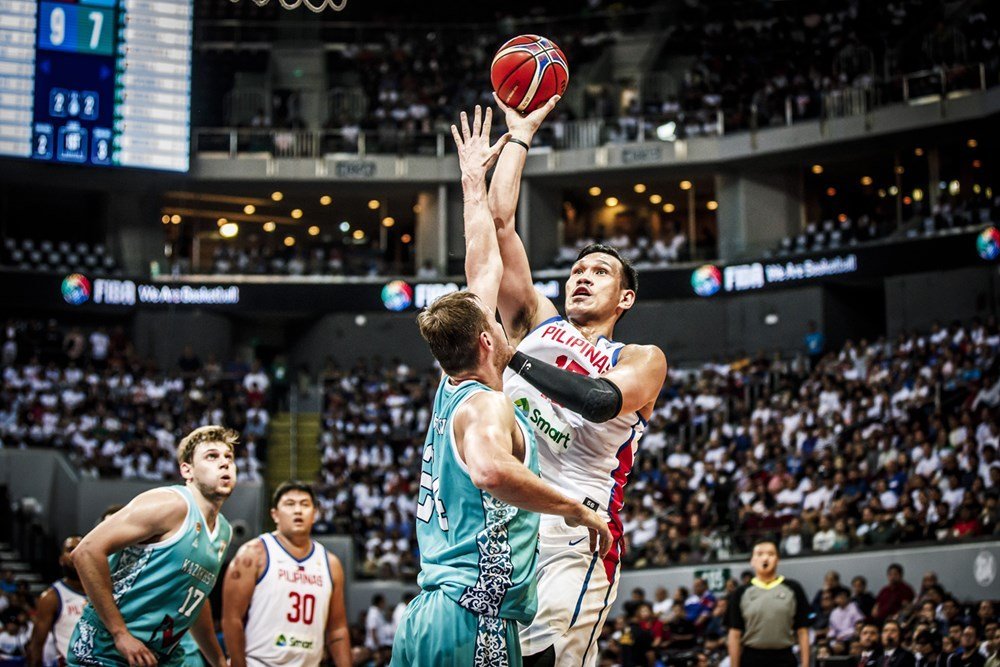 He shot an efficient 12-of-14 from the field and also had 12 rebounds and two blocks in 26 minutes of play.

After Thailand threatened and pulled within 63-60 in the fourth quarter, the San Miguel big man made seven points in a 10-3 run that gave Gilas more cushion at 73-63.

Fajardo made back-to-back baskets before RR Pogoy made a corner triple. Later on, the six-time PBA MVP converted an and-one to cap the stretch.

Thailand tried one final attempt to shock Gilas towards the end game, with Nakorn Jaisanuk hitting a three while Antonio Price scoring a layup after missed free throws from Thirdy Ravena which made it 75-73 with six seconds left.

In the next possession, Kiefer Ravena split from the foul line, leaving the door open for the Thais. Fortunately, Jaisanuk muffed a last-second three-point attempt to give Gilas the victory.

Gilas had a 20-12 lead in assists and used their size advantage for a 40-26 edge in points in the paint.

It was Thailand which set the tone early, with Nattakarn Muangboon making his presence felt by scoring 10 points in the first quarter alone.

The Thais led, 23-13 after an Antonio Price bucket, before Gilas finally went to work.

A 13-4 run cut the deficit down to one, 26-27, before Fajardo and Tautuaa joined hands and asserted themselves inside.

The 6-foot-10 center capped the first half with a jam that gave the Philippines the upper hand at 38-34 entering the halftime break.

The nationals then opened the third frame on a 10-2 run for a double-digit lead, but the Thais fought back with Moses Morgan’s trey cutting the deficit down to 55-52.

Fortunately, Fajardo and Tautuaa combined for the next eight points, giving Gilas a 63-54 margin early in the final quarter.

Price had a team-high 18 points along with nine rebounds for Thailand, which was playing without Tyler Lamb for the tournament. Morgan added 15 while Muangboon finished with 12.

Unlike the 2019 edition where there was a playoff bracket after the elimination round, the tournament format for 5-on-5 basketball will automatically award the gold, silver, and bronze medals to the top three finishers after a single round robin.