When players bounce back from dismal losses, they usually pick up the scoring load to deliver a win. But for Paolo Javillonar and Mon Mabayo, it was a slightly different but just as effective approach.

The big man tandem was the key in the Caloocan Excellence’s 80-79 nail-biter win over the Negros Muscovados in the Chooks-to-Go MPBL Invitational powered by TM on Tuesday, as they exerted the extra effort on what they do best as the squad’s feisty frontcourt players. 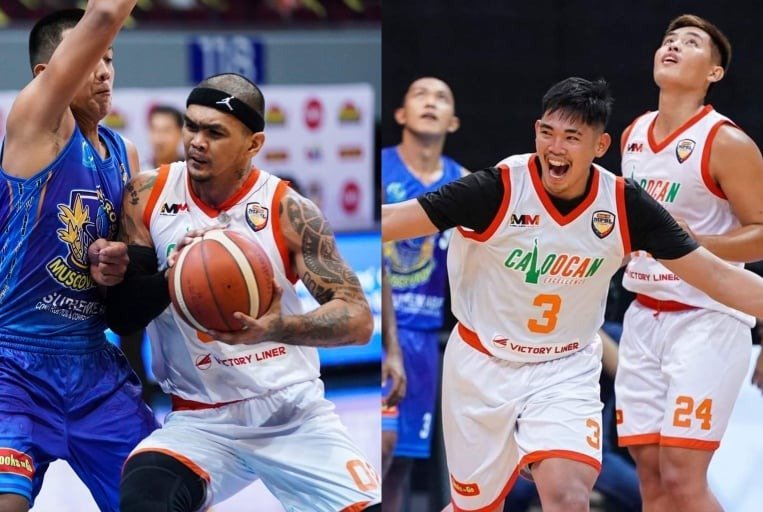 The 6-foot-6 Javillonar was the star of the maiden victory, hitting a stick-back with three seconds left off a Josef Penaredondo missed jumper that pushed Caloocan ahead.

It was the Letran standout’s eight offensive rebound and 19th overall, a tournament-high so far. He also finished with 15 points.

Mabayo, on the other hand, also asserted the signature intimidating presence he is usually known for in the MPBL, grabbing 17 boards of his own to go along with 12 points.

Later after the contest, the two would even jokingly accuse each other of boxing out and fighting each other for position underneath on purpose, to see who wounds up with more boards.

Caloocan head coach Rene Baena bared that that was simply how things work in Excellence’s practice sessions, energized by two tenacinators who inject incredible intensity to their scrimmages.

“He works crazy. maingay pa kami sa palengke,” Baena shared, talking about Javillonar. “They really have the tenacity when they’re on the court. It mattered. Every time we do our scrimmages, Pao would always go for the putbacks. That (go-ahead basket) proved how we really practiced.”

In fact, Mabayo himself was relieved after his first encounter with Javillonar, as the latter seemed like a mirror image of Mabayo’s style of play — a rarity in today’s basketball.

Javillonar is likewise grateful to be in the same roster as the 6-foot-4 bruiser, who has imparted many lessons to him.

Mabayo likes what he sees from his de facto apprentice so far. And as the cup progresses, he hopes the two of them can continue to complement the entire team for a successful run.