When EMKAI Rizal Xentro Mall Golden Coolers head coach Rodney Santos guided his squad to its maiden victory in the Chooks-to-Go MPBL Invitational powered by TM, he even had to apologize to his players.

“I have to squeeze in all my schemes. I said, sorry, I’m asking for two much kasi kailangan ko ipasok lahat eh,” Santos said. 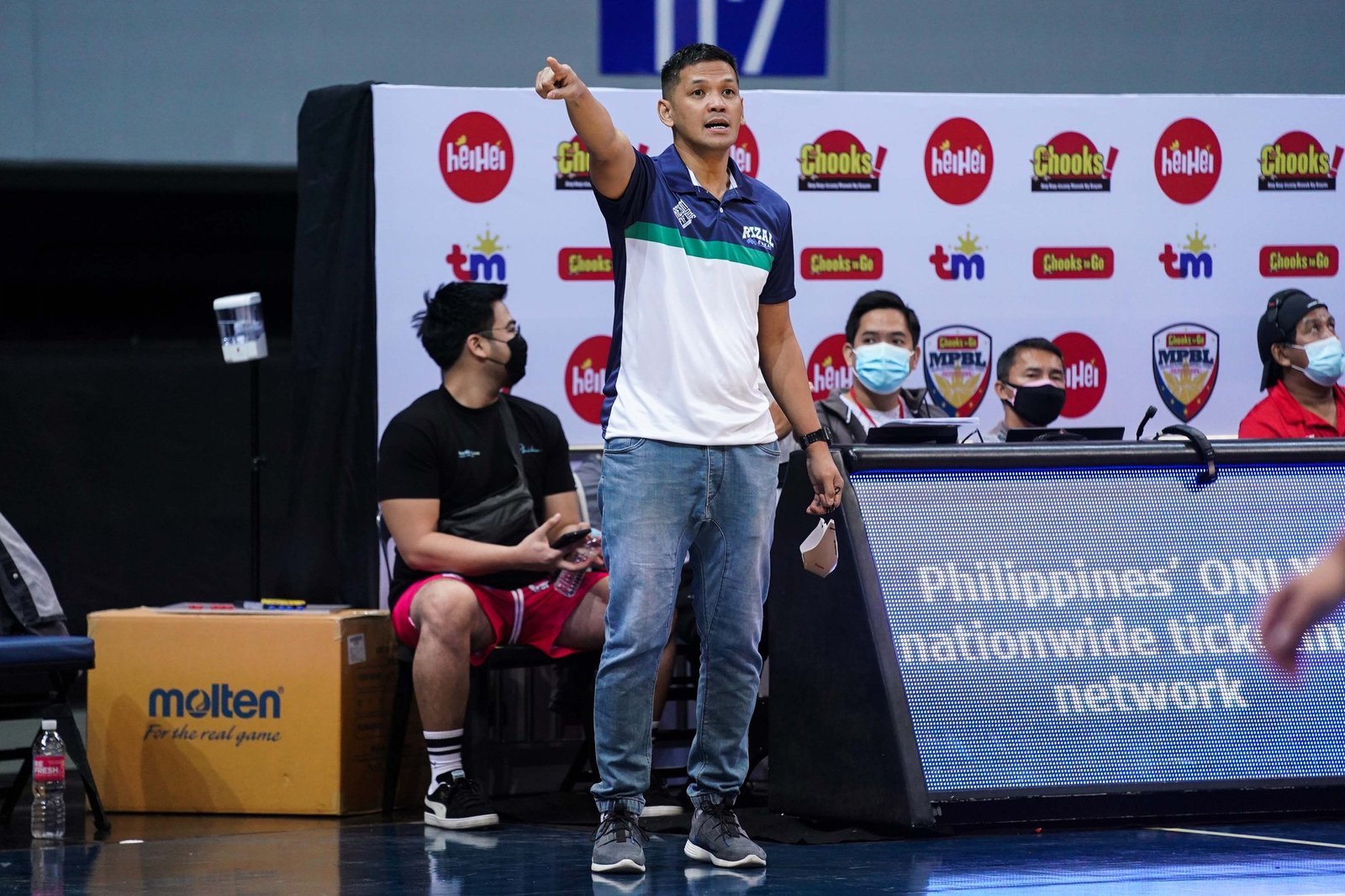 The Golden Coolers only had two weeks of preparation for the 13-day, FIBA-style tournament, which even included four days of tryouts.

But it was one of those moments that reflect the high standard of discipline and standard he has as a budding tactician in the basketball scene.

With six years of experience as an assistant under the legendary and winningest PBA coach Tim Cone, and a couple of more under UP Fighting Maroons’ long-time mentor of the previous decade Bo Perasol, Santos wants to carry the knowledge that he has and make a name for himself.

And fair enough, the former San Sebastian Stags head coach got his share of a rude awakening naturally too, in the form of a 89-59 beating by the Manila Stars the next day.

Nevertheless, it’s one of those moments that the former Barangay Ginebra champion wants to take in and use as key learning points.

The tactician famously known as “The Slasher” during his playing days, Santos relayed how he translated Cone’s influences to his own coaching philosophy, particularly the triangle offense expert’s penchant for valuing discipline and attitude among players.

When it came to Perasol, who helped lead the Fighting Maroons to multiple deep playoff runs in the UAAP, Santos said it was him calmness in handling and educating players in-game that stood out.

“One of the things as a coach you have to learn is your personality towards your players.”

The 48-year-old Santos understands as a player, there is no question he’s had one of the better careers in the PBA.

But as a mentor he is still building on his own name and reputation for his coaching career — and leagues like the MPBL help him day by day to become successful in the field.