TAGUIG City — The thing about streaks is that they are either broken or continued. For Kaya F.C. Iloilo, the queens of seven-a-side football distinction will stay with them.

Unarguably the gold standard in women’s football in the country, Kaya F.C. edged out an eager Manila Nomads Braves side in the thrilling AIA 7s Football League Season 6 finale, 1-0 to capture the Women’s Division I crown on Sunday at the McKinley Hill Stadium. 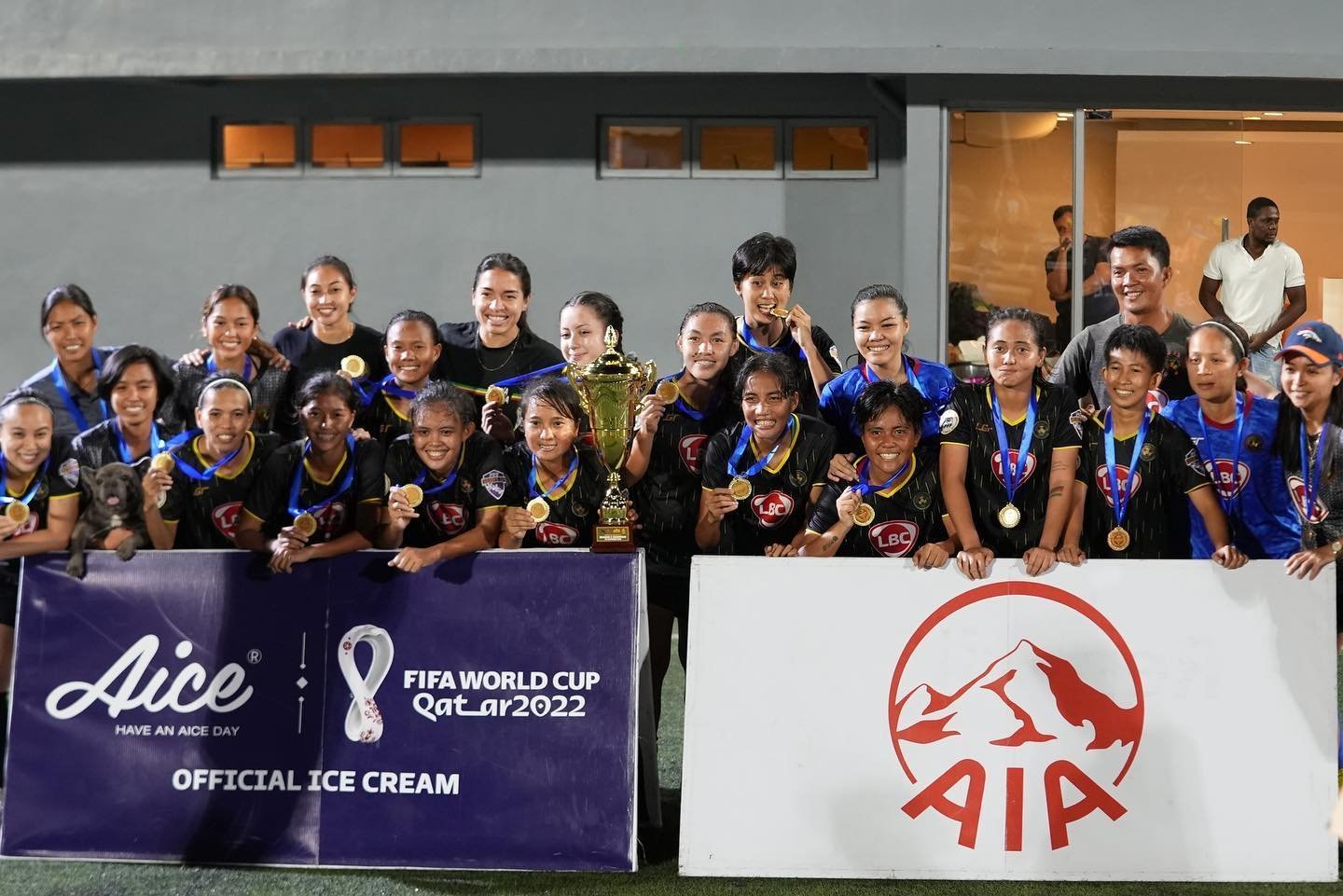 Shelah Cadag delivered the sensational top left corner finish in the 44th minute, punctuating a frenetic back-and-forth showdown between coach Let Dimzon and Shane Cosgrove’s troops which saw both sides not wanting to surrender an inch against each other.

“This was our best performance all tournament long. We strive to improve with every game so we can play great football with a premium on passing and classy finishing,” Dimzon said, while leaving praise for their valiant opponents as well. “It was a great showcase for the young Nomads Braves.”

It was Far Eastern University forward Dionesa Tolentin who set up Cadag with a cross from the left side, which she was able to convert.

The squad was also joined by mainstays Inna Palacios and Hali Long, who were both fresh off a training camp in Chile with the Filipinas women’s national football team.

In the first ever Women’s Division 2 final, Azzurri Sporting Club-Diliman fended off Manila Digger F.C., 2-1 to claim the title.