SANTA ROSA, Laguna – Cebu Chooks hung on to beat Manila Chooks in a tight finale, 20-18, to conquer the 2022 Chooks-to-Go Pilipinas 3×3 Quest 2.0 before an appreciative crowd at the Ayala Malls Solenad on Sunday.

The country’s top-ranked 3×3 team needed help from Lady Luck once more like in the quarters, most especially in the endgame en route to catching the last flight to the FIBA 3×3 World Tour 2022 Hong Kong Masters which commences from November 26 to 27. 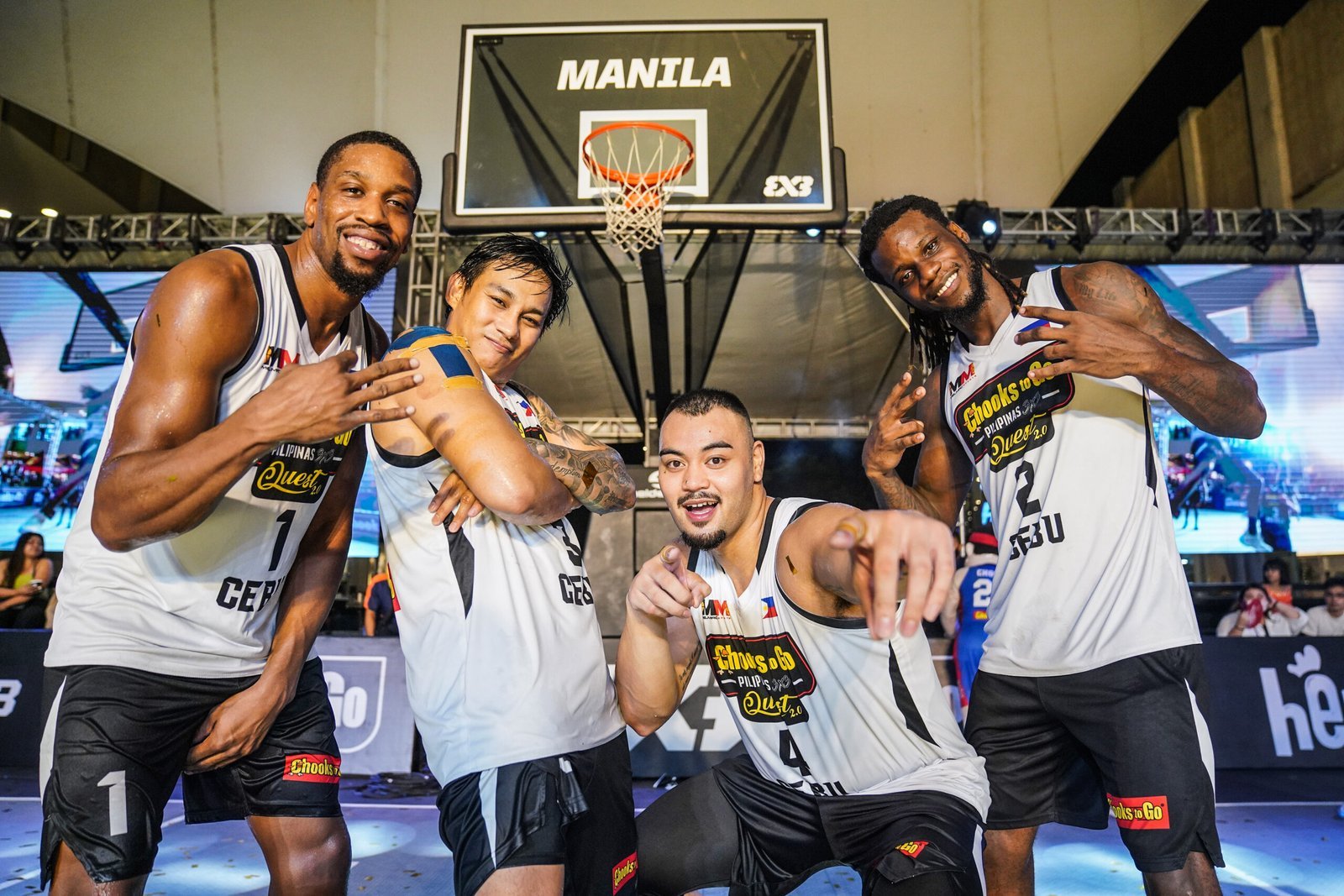 Coming off a rough run in the Riyadh Masters, Mac Tallo and the rest of the quartet will also take home PhP 100,000 in ruling the Level 7 FIBA 3×3 Event.

“‘Yung No .1 na title, pwedeng makuha ng kahit sino. Pero ‘yung championship, mahirap makuha,” the country’s no. 1 3×3 player offered. “We redeemed ourselves from our disappointing losses back in the Riyadh Masters.”

Tallo led Cebu with nine points, including back-to-back deuces that pulled his side within two points of clinching the match, 19-12, with 2:10 to play.

The crew aimed for the kill afterwards but struggled to do so, with Dennis Santos and Dave Ando leading the rally for Manila.

Mike Nzeusseu actually put Cebu on the hill through a slam, 20-16, with 1:15 left, but the opposition kept the fight.

Time and the breaks, however, were not in favor of Manila, and Cebu went on to celebrate winning its second title since ruling the Chooks-to-Go FIBA 3×3 Asia Pacific Super Quest last April 30 in the same venue.

Nzeusseu finished with seven points, while Brandon Ramirez and newcomer Marcus Hammonds combined for four markers in the triumph.