Gilas Pilipinas used a stellar second half turnaround and drew big games from key stars to repulse Jordan in a monumental 74-66 win on Thursday (Friday Manila time) in its first game of the FIBA Basketball World Cup 2023 Asian Qualifiers fifth window at the Prince Hamza Sporting Hall in Amman, Jordan.

Gilas outscored Jordan in the third frame, 21-10, seizing the lead after a slow start. The team opened the quarter on a 9-2 run to take the slim 46-43 lead, before another spurt enabled the nationals to take a 53-45 cushion after a floater from Ange Kouame. 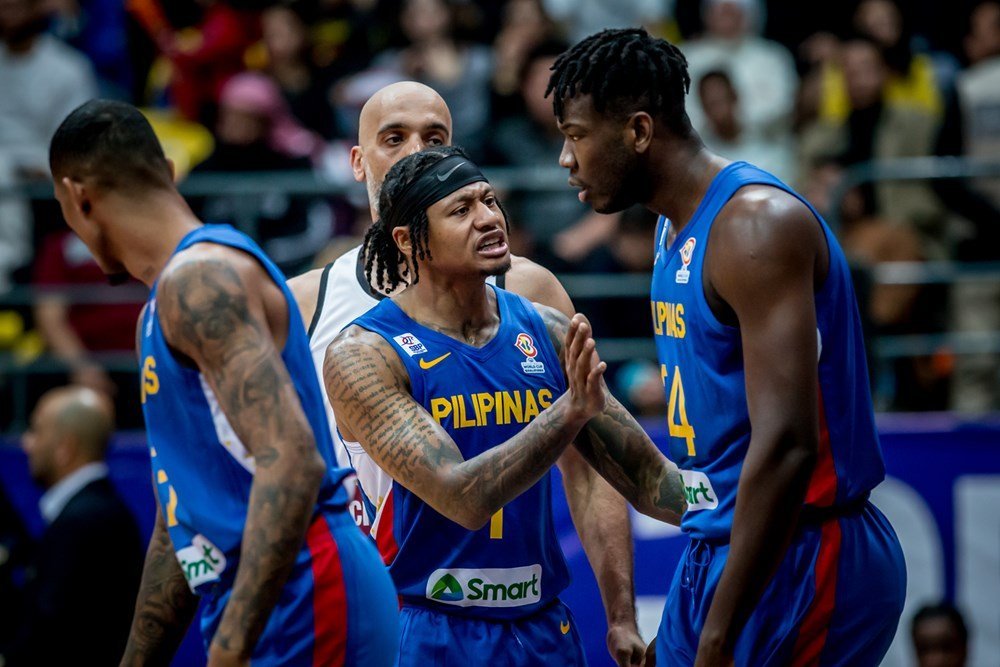 Later, a three-point play from Kai Sotto gave the Philippines a double-digit margin at 61-51 early in the final quarter.

From there, the visitors continued to frustrate Jordan with defensive stops and timely baskets, as they kept the separation and finished the game strong.

PBA MVP Scottie Thompson left a lasting imprint in the game too, toying with a triple-double as he tallied eight points, 13 rebounds, and eight assists.

A putback by Roger Pogoy midway into the fourth quarter gave Gilas its biggest lead at 71-58, as Jordan failed to fight back in the final four minutes of regulation.

The Philippines had a 46-40 edge in rebounding and significantly moved the ball better with 24 assists.

Dar Tucker led Jordan with 23 points while Ahmad Al Dwairi had 18 points and 16 boards although he committed 10 turnovers. The home side shot only 37 percent from the field — including 3-of-25 from long range.

Jordan’s loss at Prince Hamza was the squad’s first in a FIBA match since September 2018.

Already qualified in the World Cup as co-host, the Philippines improved to 4-3 in Group E, while Jordan slid to 3-4.

The Philippines will troop to the Kingdom of Saudi Arabia next to face the latter on Sunday, November 13 (Monday midnight in Manila).

Saudi Arabia beat India decisively, 85-54 on the same night, taking its first win in the second round of the qualifiers.