Gilas Pilipinas moved one win away from the gold medal in men’s 5-on-5 basketball after trouncing Malaysia, 87-44 in 31st Southeast Asian Games Vietnam 2021 on Saturday at the Thanh Tri Gynasium in Hanoi.

Always needing just one big run to assert control, Coach Chot Reyes’ bench keyed an 19-0 run bridging the first and second quarters which enabled the nationals to take a 28-10 lead. 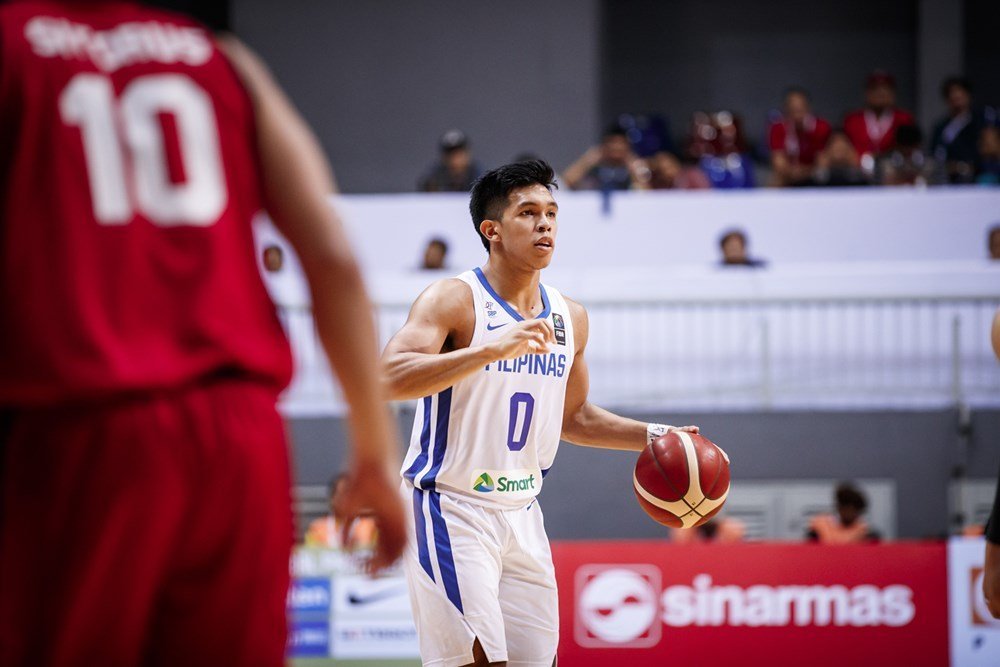 Thirdy Ravena had an all-around display of 17 points, seven rebounds, five assists, and two steals to carry the squad to an immaculate 5-0 record.

RR Pogoy came off the bench for a near double-double of nine points and 10 boards, while Francis “LeBron” Lopez added nine markers as well.

Malaysia took the lead briefly at 10-9 after a basket from Anthony Liew, before Gilas’ bench powered the turnaround with 19 unanswered points.

Later in the third period, a 14-2 run capped by four straight points from Pogoy gave the Philippines a 68-33 cushion entering the final frame.

Gilas had 48 bench points with all 12 players able to convert field goals. They also had a 22-2 gap in fast break points.

Malaysia struggled from the field, shooting only 26 percent and with no one finishing in double-digit scoring.

Gan Wee Yong, Kuek Tian Yuan, and Run Lee Jia all tallied eight points each to lead their side, which dropped to 2-4 and outside of the medal race.

The usually on-target Ting Chun Hong also finished scoreless and shot 0-of-7 from the field while Wong Yi Hou only had six markers on 3-of-9 shooting.

Gilas will battle Indonesia tomorrow at 4 p.m. (Manila time) to decide who takes home the men’s basketball championship of this year’s SEA Games.