Host country Vietnam continued to own the Philippine women’s national volleyball team’s number, scoring a straight sets sweep, 25-23, 25-19, 25-16 in the 31st Southeast Asian Games elimination round on Thursday at the Đại Yên Arena in Quang Ninh.

Vietnam, the reigning silver medalists in the event, advanced to the gold medal match to forge a showdown with defending champion Thailand. 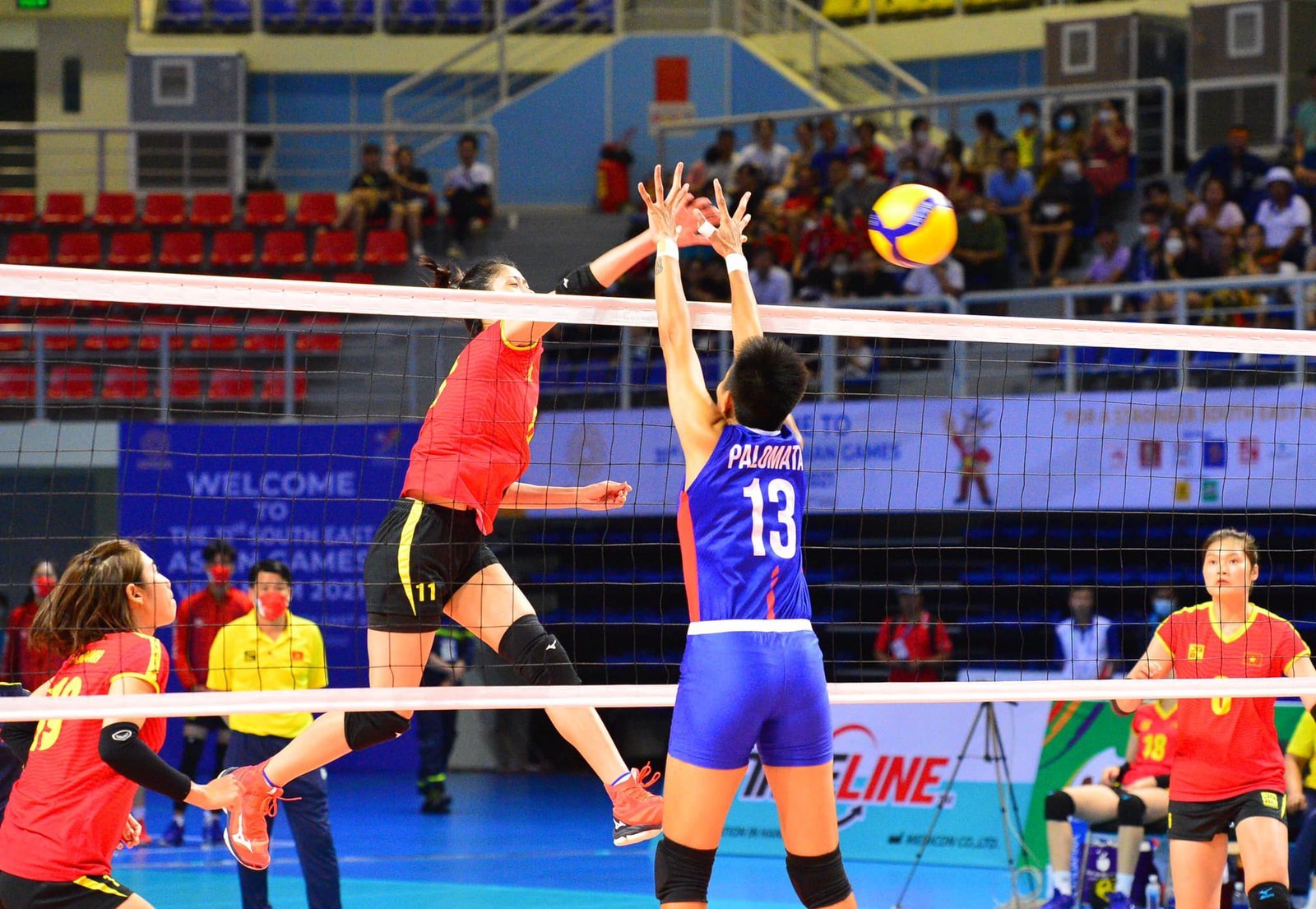 The Philippines, on the other hand, will settle for the bronze medal match where it tries to defeat Indonesia to claim their first podium finish since 2005.

After a 22-all deadlock in the first set, Nguyen Thị Bich Tuyen scored on an off-speed kill while Iris Tolenada committed an error that pushed the Red and Gold to set point.

Alyssa Valdez managed to take one point back off the block, but Nguyen answered with her own to let her squad take the opening set.

Vietnam then stamped its class in the next two sets with overpowering attacks, and raced to a 19-11 lead in the third frame.

Mainstays Tran Thi Than Thuy and Hoang Thi Kieu Trinh would then come up with the finishing touches to secure the sweep for the home side.

Indonesia beat the Philippines in four sets during their group stage matchup last Monday. Coach Jorge de Brito’s squad will look to avenge that loss in order to medal for the first time in 17 years.