Another Cignal match day, another win for the HD Spikers.

In what has been the trend so far in the 2022 Premier Volleyball League (PVL) Open Conference, the Cignal HD Spikers once again rose to the occasion and bagged a convincing 20-25, 25-17, 25-20, 25-16 win over the previously unbeaten Choco Mucho Flying Titans on Monday at the Paco Arena. 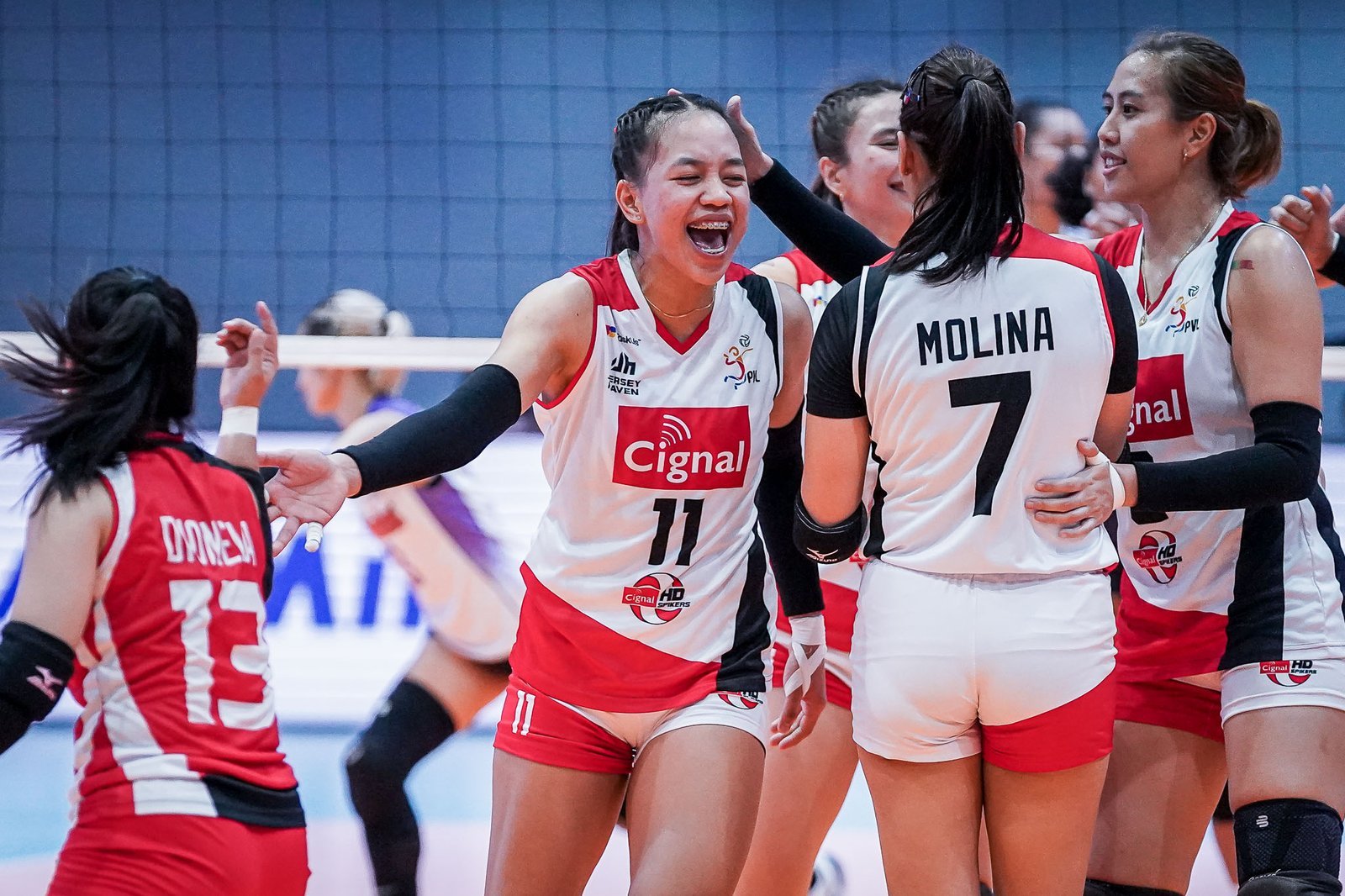 It was Roselyn Doria this time who shone brightly for the Spikers with a team-high 17 points which led four double-digit scorers for Shaq Delos Santos’ squad.

Ces Molina had 14 points while veterans Rachel Ann Daquis and Angeli Araneta each added 10 points apiece in the win which sealed Cignal’s twice-to-beat edge for the quarterfinals. 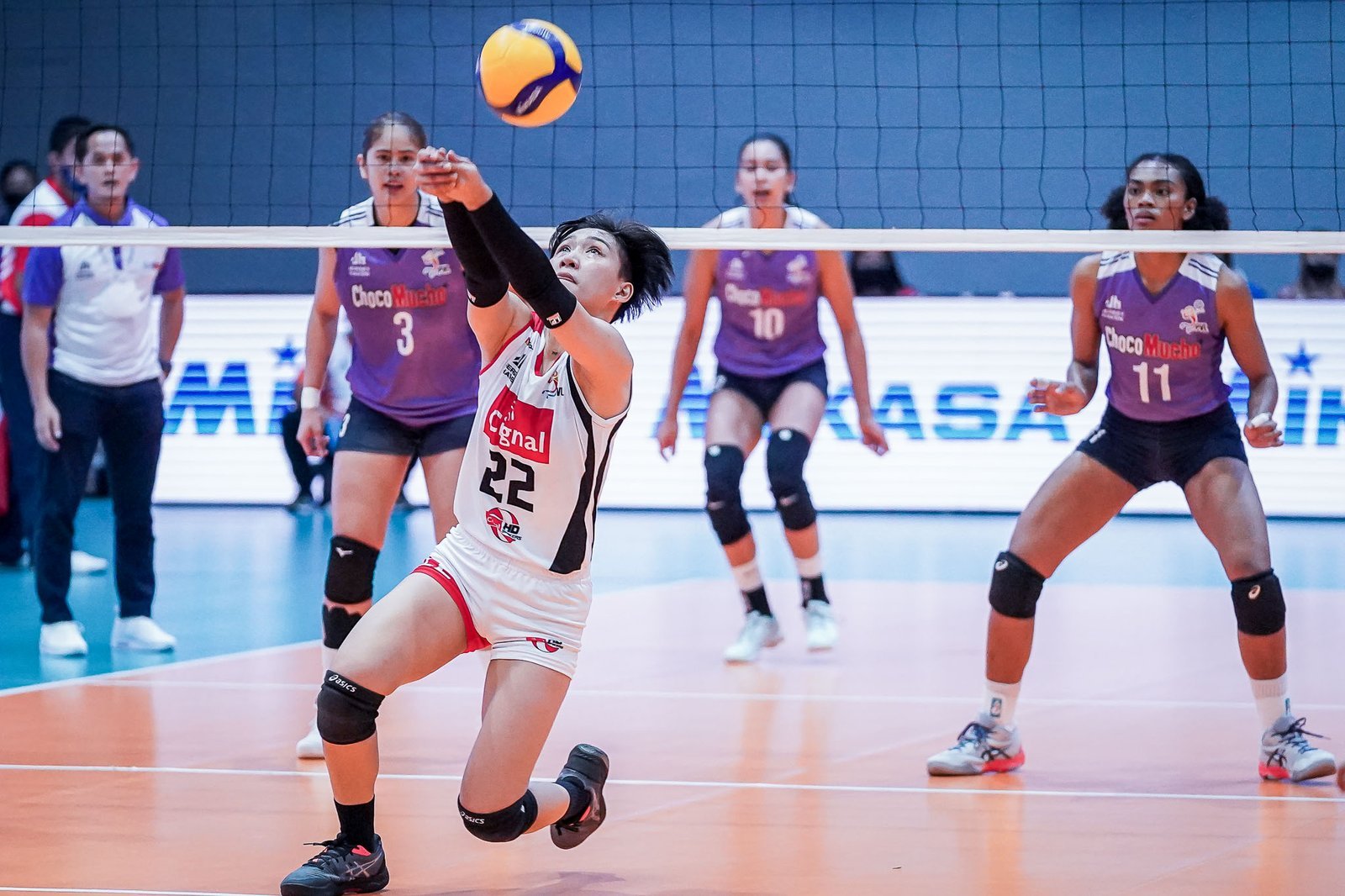 With weapons aplenty for the HD Spikers, Gel Cayuna tallied 44 excellent sets, once again showing her playmaking prowess. The setter also had 6 points of her own.

When it came to floor coverage, Jheck Dionela had 34 digs while Daquis provided 12 as well, as Cignal had a 78-53 gap in the department to limit Choco Mucho’s own towers. 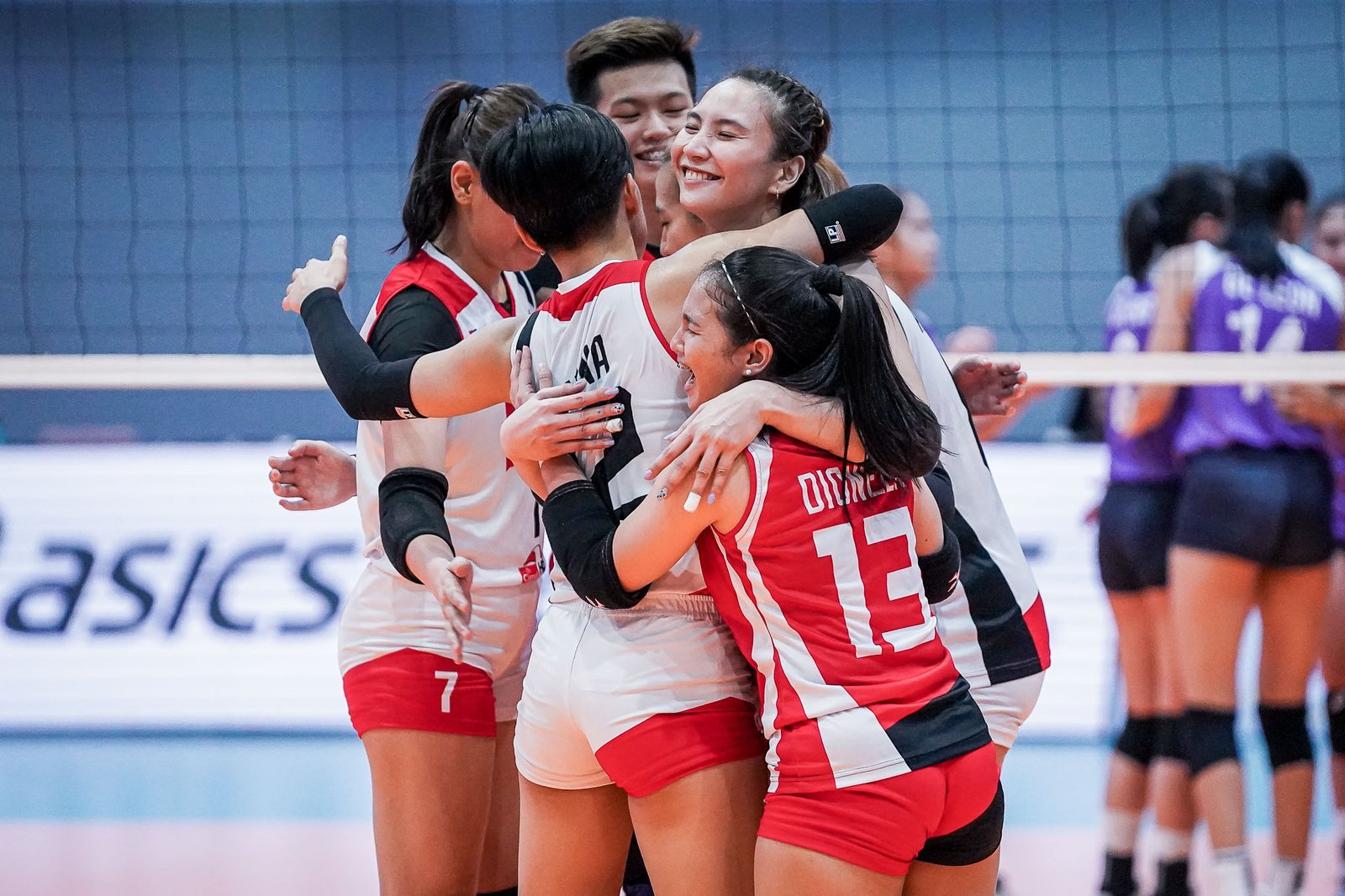 In arguably their most clinical and impressive match of the tournament so far, Cignal improved to 3-0 to near a sweep of Pool A while Choco Mucho dropped slightly at 2-1.

Kat Tolentino and Aduke Ogunsanya had 19 and 10 respectively for the Flying Titans but no other player from coach Oliver Almadro’s side scored more than five points. 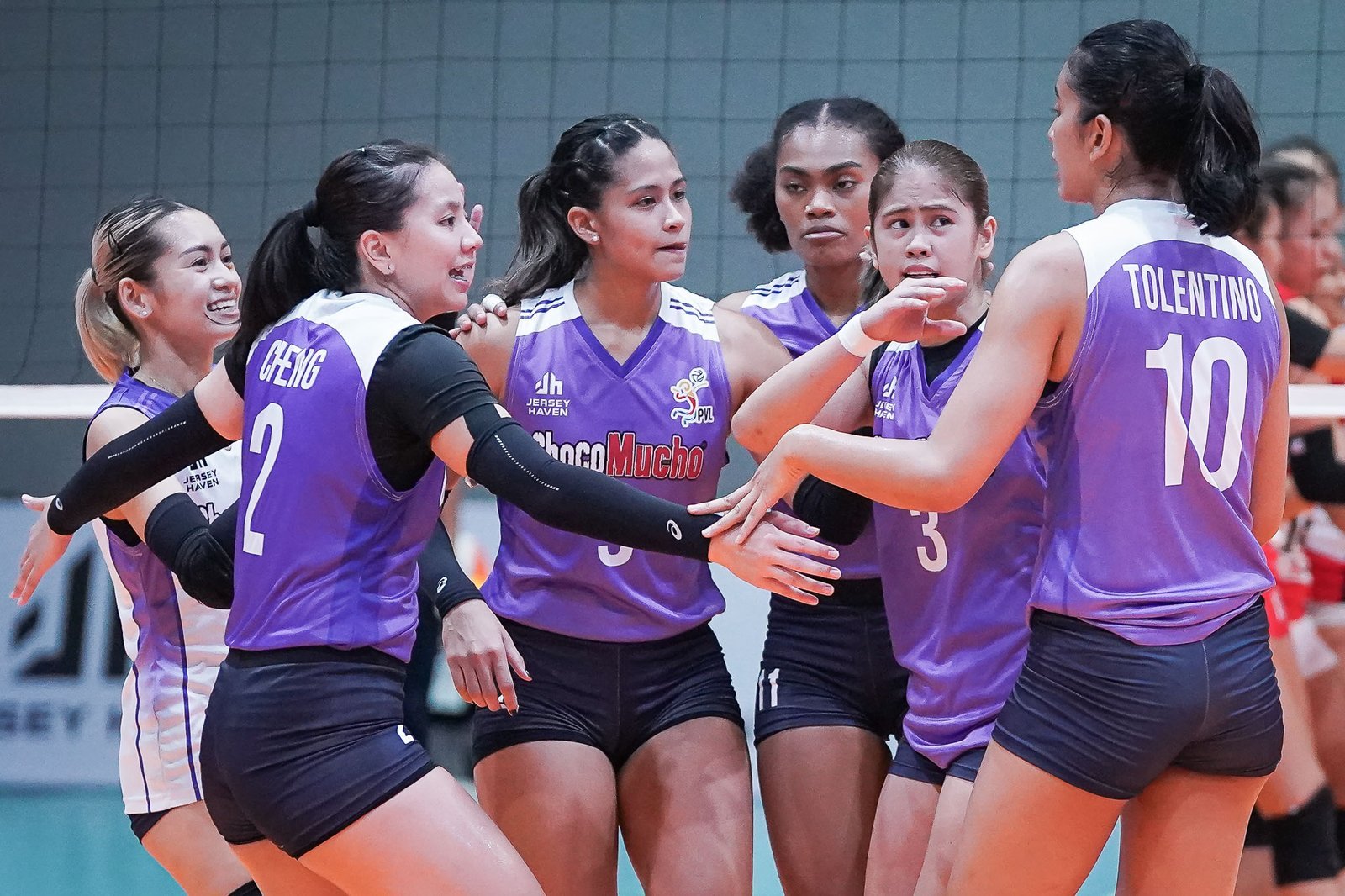 In the second game — an all-important match for both Army and Chery Tiggo’s playoff hopes — the Crossovers finally registered the victory to the tune of a 25-22, 25-17, 25-19 sweep of Black Mamba Army.

Mylene Paat played her best game of the tournament yet with a match-high 20 points on 14 spikes, 4 blocks, and 2 aces. 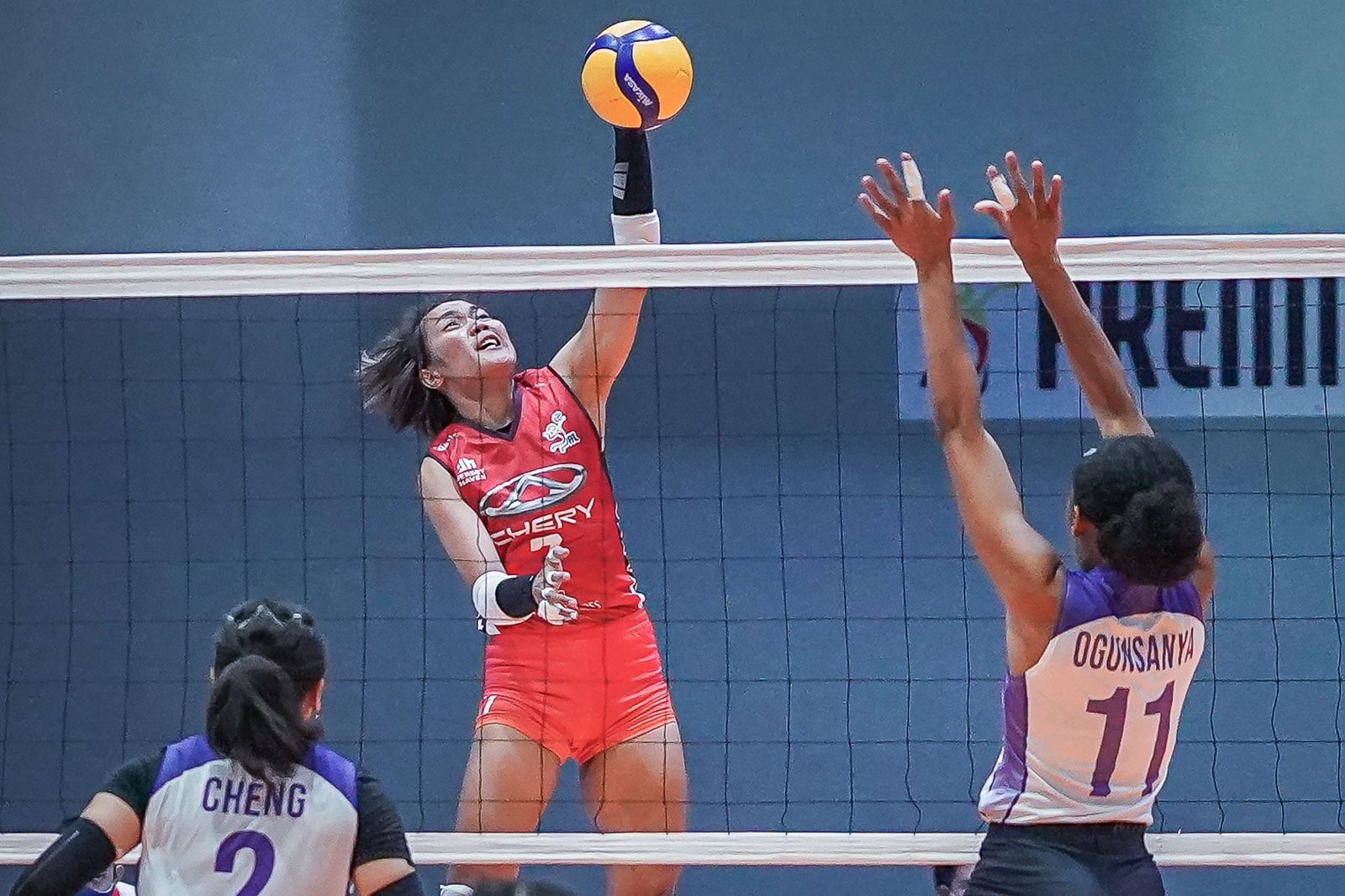 Dindin Santiago-Manabat provided the ample help with her 17 points which included 14 attacks and 2 blocks. 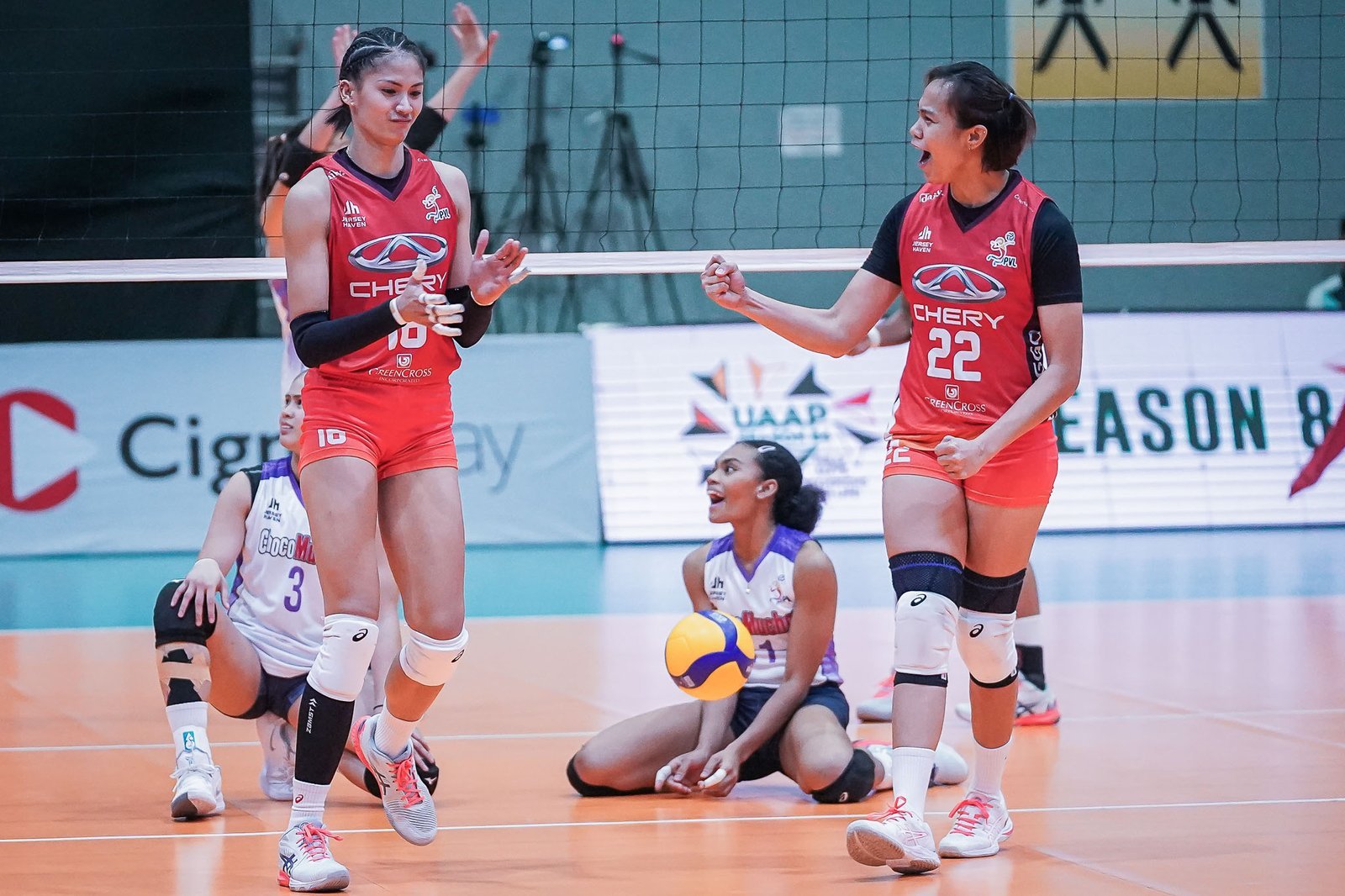 With the win, the defending champions moved up to 1-2 in Pool A, dropping the still winless Army to 0-3.