LIPA City, Batangas — After a two-year hiatus due to the COVID-19 global pandemic, the prestigious Aboitiz Football Cup returns with its 22nd edition set to open on November 12 at the Aboitiz Pitch here. 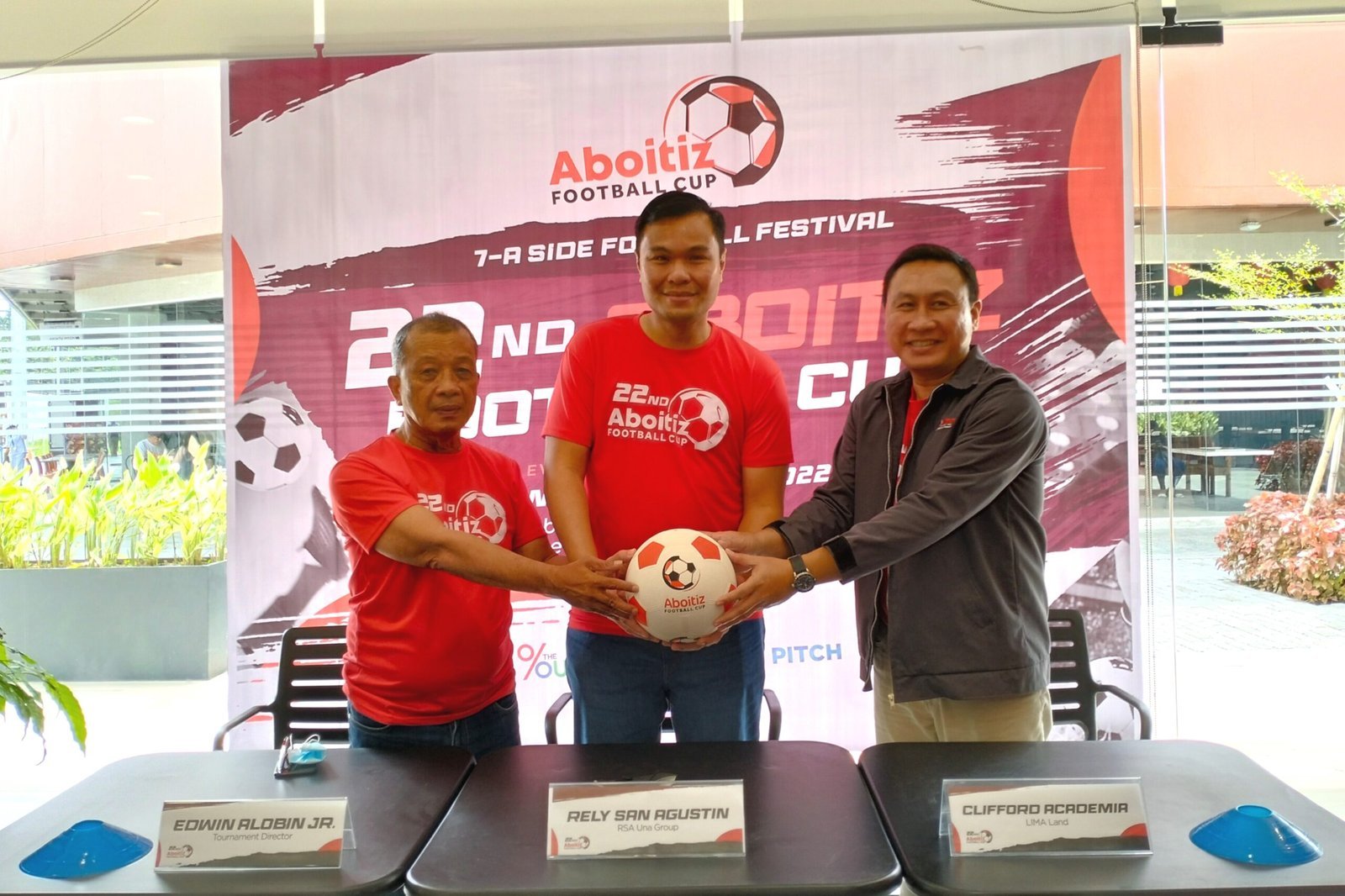 “Starting out in Cebu, and then expanding here in Luzon, the whole intention here is grassroots development for kids to play,” San Agustin said. “We want to create new stories every year. It’s really all about the legacy. (The league) is sacred, and we are all part to be part of this edition of the Aboitiz.”

No less than former Philippine Azkals captain James Younghusband will grace the opening of the five week-long tournament on November 12, according to San Agustin.

The Olympic-sized Aboitiz Pitch, part of LIMA Estate’s mega business district complex which caters to lifestyle needs such as restaurants and residences, will host all matches.

The Aboitiz Football Cup prides itself in being the longest-running local football tournament in the country which showcases top-caliber competition. In the past, teams like Ateneo de Manila University, De La Salle-Zobel, Far Eastern University, and Philippine Air Force have all seen action in the AFC.

Among those who have played in the AFC include former Azkals like Yanti Barsales, Joebel Bermejo, and Ian Araneta, as well as current Azkals Development Team forward Andres Aldegeur.

San Agustin said the AFC tries its best to cater to local teams from schools and communities, and also wants to extend its reach across the Calabarzon region — even disclosing that teams from Mindoro island have expressed interest to join.

And as they intend to grow the game more, San Agustin also mentioned that tie-ups with communities are in place to get more children engaged to the beautiful game.

“This is a good stop for us to really develop the game here. With the (corporate social responsibility) clinics, we will have kids from the Malvar, Batangas public schools which we want to be part of the football training sessions,” San Agustin said.

“We are also working closely with Football Lipa to scout players and have them as part of the academy as scholars. That’s the whole objective of Football Lipa as the first academy in Batangas.”

For their part, Academia said LIMA Land as a venue partner “complements” the league itself, driving tourism into the area.

“There are lots of exciting things to do here, and it’s open for everyone,” he said.

The AFC originated in Cebu and became one of the prominent leagues in the Queen City. Although the organizers have decided to move the league to Batangas, they are ensuring that the Cebuano roots and heritage will be preserved by inviting guest teams from Cebu in future editions.

“Developments right now with the Cebu league have been put on hold indefinitely due to business reasons. But we will make sure the Aboitiz Football Cup will stay in existence, (particularly) here in Luzon,” San Agustin shared.

For the latest AFC edition in Luzon, there will be a maximum of 12 clubs in each of the 14 categories from mixed under-7 to the 50 and up divisions. The open categories, in particularly, are seen to prepare collegiate varsity teams for their upcoming inter-school tournaments.