CEBU City — Philippine 3×3 patron Ronald Mascariñas of Chooks-to-Go spearheaded the donation of PhP 1.4 million to the Sisters of Mary School Girlstown — where his brand’s 3×3 ambitions all started — on Thursday.

Retracing the very first steps Mascariñas took back in 2019 that led to the birth of their mission to develop the sport of 3×3 basketball in the Philippines, he along with the country’s top players visited the school ahead of the FIBA 3×3 World Tour 2022 Cebu Masters which tips off this weekend at SM Seaside Cebu. 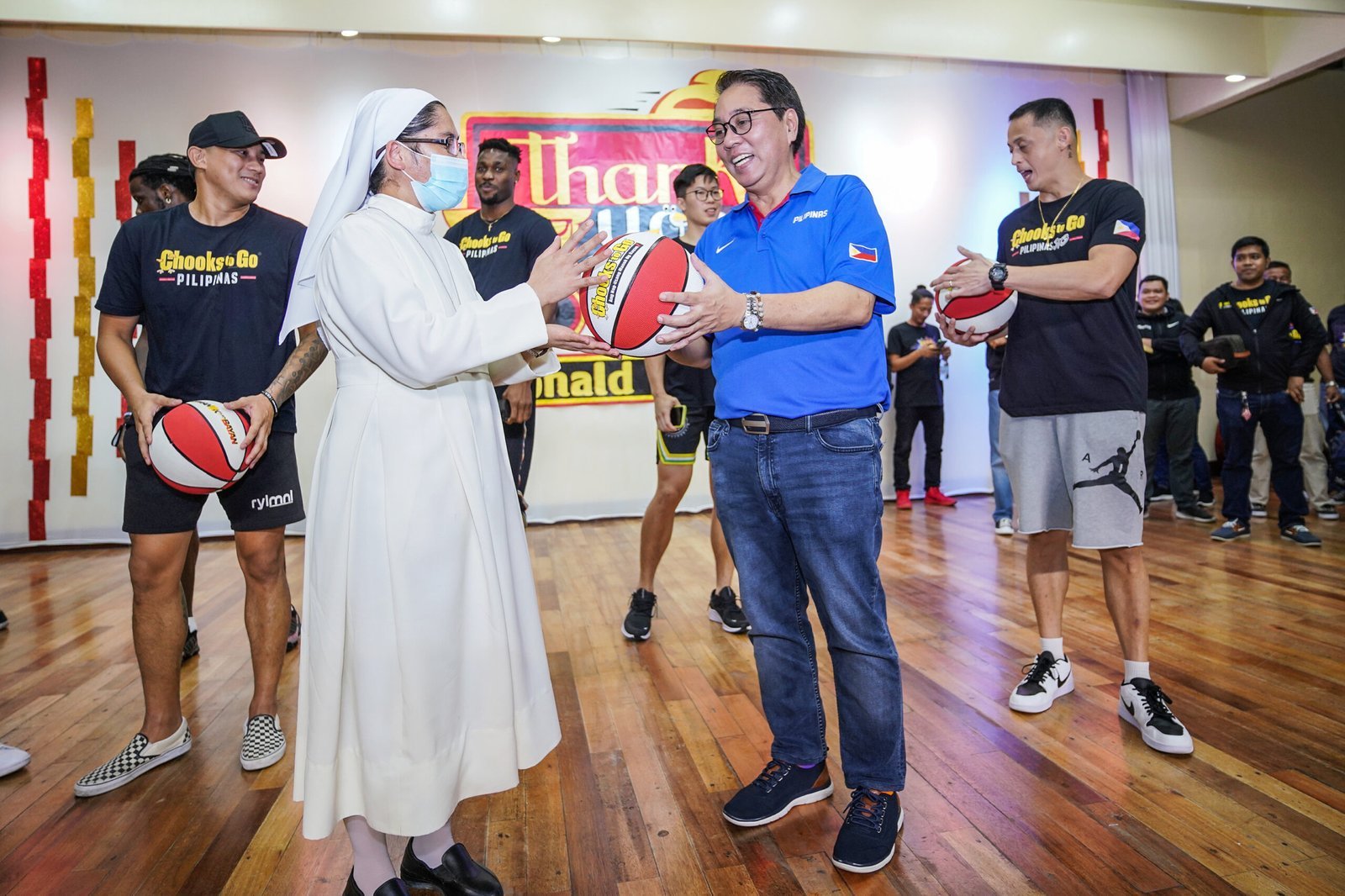 Mascariñas was welcomed warmly by the students of the Sisters of Mary School Girlstown which was also the venue when a Chooks-to-Go organized 3×3 basketball tournament in 2019 broke the world record for the most number of players with 3,043 participants.

On top of the donation, the godfather of Philippine 3×3 also pledged sports equipment to the school and one Chooks-to-Go meal every month for all the 2,220 students of the school. “I have never experienced anything like this back in Canada,” PH No. 3 player Brandon Ramirez said.

“It’s definitely life-changing. Both Cebu and Manila Chooks will be fighting for everyone here when we compete not just in the Cebu Masters but in all our tournaments.”