CEBU City – Veteran basketball player Chico Lanete has retired from the sport in the FIBA 3×3 World Tour 2022 Cebu Masters as his team Manila Chooks was eliminated from the qualifying draw of the tournament on Saturday at the SM Seaside here.

The Philippines’ second-ranked 3×3 team did not reach the main draw following a 21-16 defeat to Doha QSC in the virtual QD final, a missed opportunity as well to give the 43-year-old the sendoff he deserved. The squad had a 21-17 win over Ludhiana INBL of India prior. 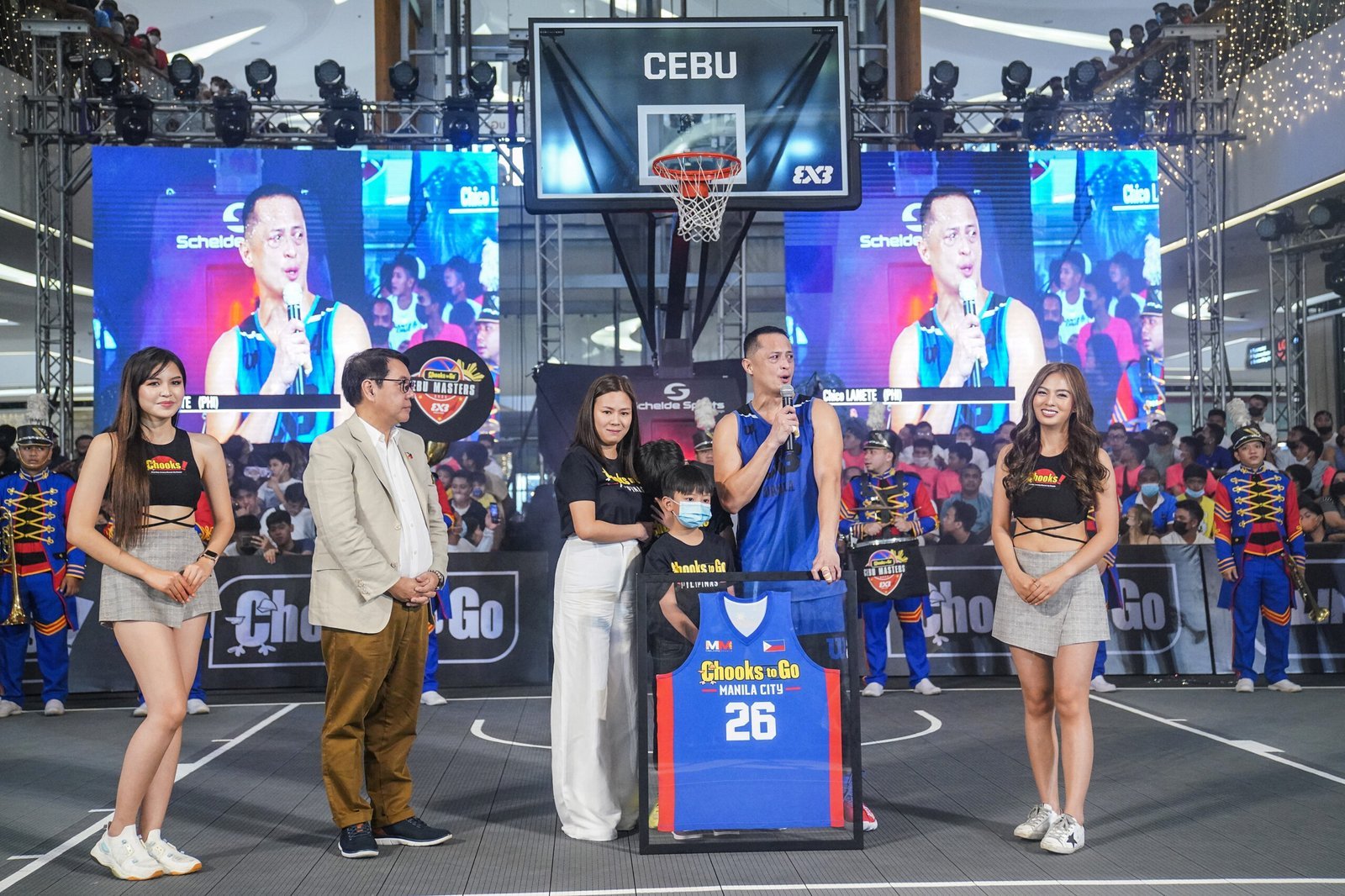 Lanete is hanging up his basketball sneakers for good and had played the final game of a decorated career that spanned for over 15 years. Still, the Chooks 3×3’s head trainer kept his head high, proud and grateful for what the program had achieved during his time at the helm.

A short tribute ceremony was held to honor the Ormoc City native prior to the opening salvo of the Cebu Masters, led by no less than Chooks-to-Go President Ronald Mascariñas who expressed thanks to the champion gunner for his service to the program and to the country.

“Chico is really who I consider a hero for his service his country,” the godfather of Philippine 3×3 said. “Marami siyang pinasaya as a pro player. In the twilight of his career, sinigurado niya na pagsilbihan ang ating bayan.”

Lanete, for his part, was overcome with emotions following his Last Dance as he was also surprised by his wife and kids by watching his final game.

Lanete went all-out in his last hurrah in a bid to bring Manila to the Cebu Masters’ main draw, helping out Henry Iloka and Ken Holmqvist stage a rally to chop a six-point deficit to just one, 14-13, with 3:15 remaining.

The cagers from Qatar, however, got their bearings back, with Dejan Janjic and Abdou Khapre Diop joining hands to keep their foes at bay.

Manila could no longer find the mark, and Mohamed Abdelaziz went on to deliver the final blow from the two-point country with 44.9 seconds left.

Janjic tallied a game-high 13 points to power Qatar, which swept its way to completing the 12-team cast of the main draw. They are grouped in Pool D with Mongolia’s Ulaanbaatar MMC Energy and Lausanne Sport of Switzerland.

Iloka, on the other hand, had 11 points to lead Manila in the loss. Holmqvist, a replacement for the injured Dave Ando, and Dennis Santos combined for five.

With this, Cebu Chooks will be the lone Philippine representative in the two-day World Tour Masters leg.

Lanete will continue to serve as the head trainer of both the Cebu and Manila Chooks 3×3 teams.