The University of the Philippines took the inaugural Philippine Intercollegiate Badminton Championships title after a 3-0 sweep of San Beda University on Sunday at the Centro Athletico Badminton Court in Quezon City.

The Fighting Maroons took the championship trophy, the gold medals, rackets, and PhP 50,000 cash prize as the first-ever winners of the Championships. 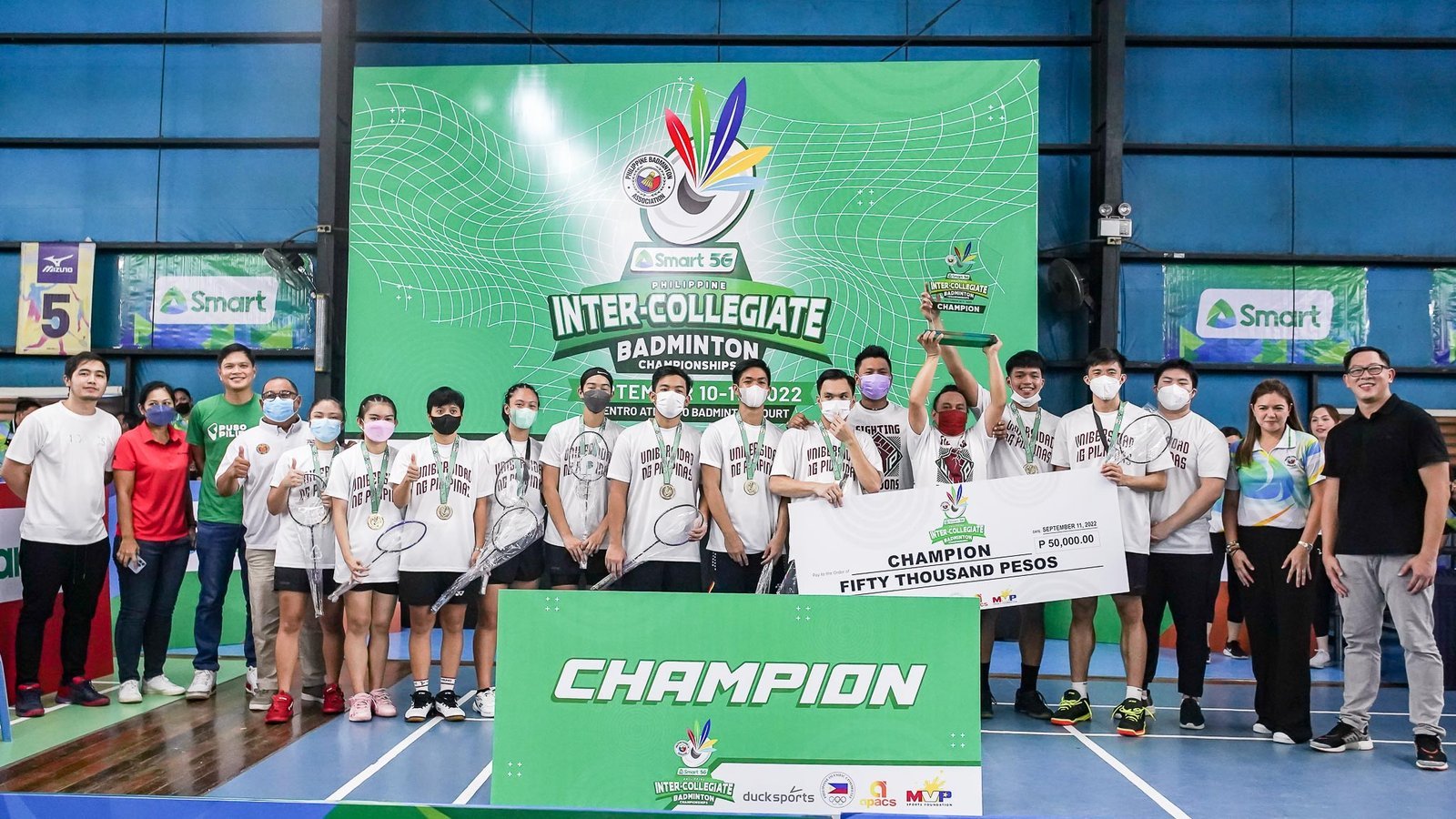 Vanzuela and Clemente had to shake off errors early in the first game of the match to pull away against the Red Shuttlers duo towards the end. They then used this momentum at the onset of the second to eventually fashion out the rout and the finish.

UP earlier saw its two incoming rookies pull off the 2-0 advantage for the side with Kervin Llanes and Anthea Gonzales.

The Fighting Maroon newbie took advantage of Alejo’s errors and continually attacked the Bedan for a huge lead in the first game that he never relinquished. Alejo made his run with kills of his own, but miscues towards the end opened the door for Llanes to finish the match.

The win was followed by a dominant win from fellow freshman Gonzalez to put the Fighting Maroons into a huge 2-0 advantage, taking down Dana Navarro, in similar 21-7, 21-7 score lines.

Much like what happened in her morning assignment, Gonzalez timed her attacks perfectly, using the opponent’s shots to her favor in either of the two sets. A few errors from UP rookie gave Navarro some points, but these were far in between as Gonzalez found her winners in bunches en route to the win.

That set up the close-out performance in the men’s doubles match.

San Beda finished with the silver and the PhP 20,000 cash prize. Ateneo and PUP shared the bronze and each received PhP 10,000.

The eight-team tournament which served as preseason preparation for the participating UAAP and NCAA squads is organized by the Philippine Badminton Association, powered by SMART Communications, and supported by the MVP Sports Foundation, Ducksports, Young, and Apacs.