The Gilas Pilipinas U18 women’s national team banked on a strong fourth quarter closer to pull away and beat regional rival Thailand, 65-50 in the FIBA U18 Women’s Asian Championship 2022 Division B group phase on Monday at the Koramangala Indoor Stadium in Bengaluru, India.

The Philippines outscored the Thais, 22-12 in the final frame for the convincing opening win, with Kate Colyn Bobadilla’s 22 points and four steals leading the way. She shot 8-of-15 overall, and 3-of-6 from three-point range. 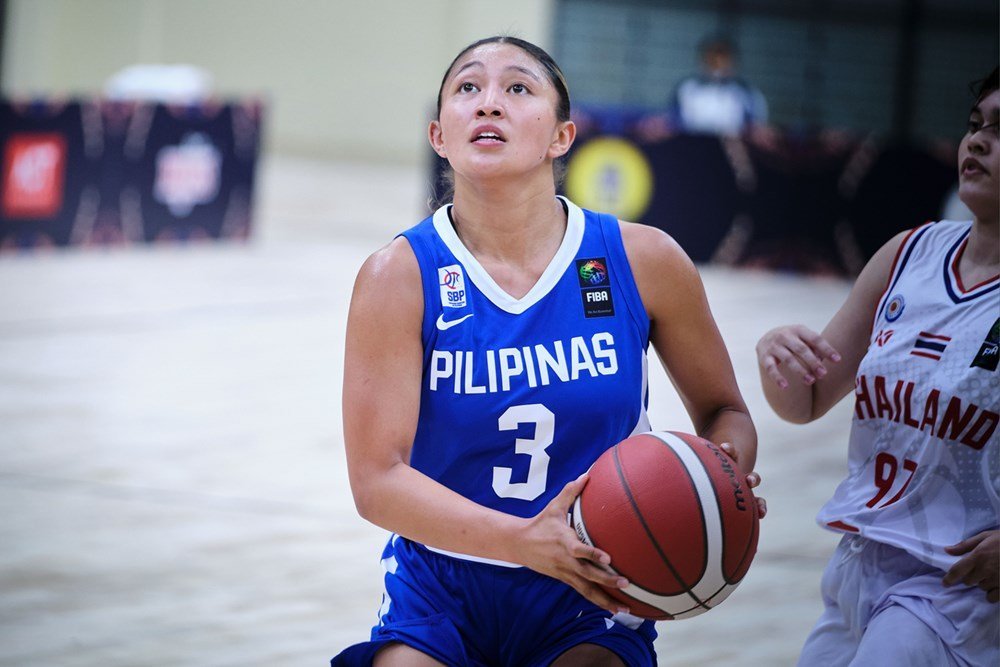 After Thailand cut the deficit down to just 41-43 early in the payoff period, the nationals responded with six unanswered points capped by a triple from Bobadilla to extend the margin up to 49-41.

Coach Patrick Aquino’s youngsters then locked their opponents down defensively, going on a 12-2 finishing run punctuated by Sumayah Sugapong’s three with just 1:12 remaining.

Gilas limited the Thais to a single field goal in the final five minutes of regulation in its opening victory.

The squad will face a familiar foe in Samoa tomorrow before rounding out the group stage against Maldives on Wednesday.