Gilas Pilipinas leaned on a strong second quarter to overcome a nightmarish start and pull away against Saudi Arabia, 84-46 in the fourth window of the 2023 FIBA World Cup Asian Qualifiers on Monday in front of a sold-out Mall of Asia Arena crowd in Pasay City.

The Philippines opened the game shooting a dismal 2-of-17 from the field, trailing by as much a six points early. Fortunately, Dwight Ramos and Jordan Clarkson conspired in the second quarter for a 10-0 run that enabled the nationals to establish control. 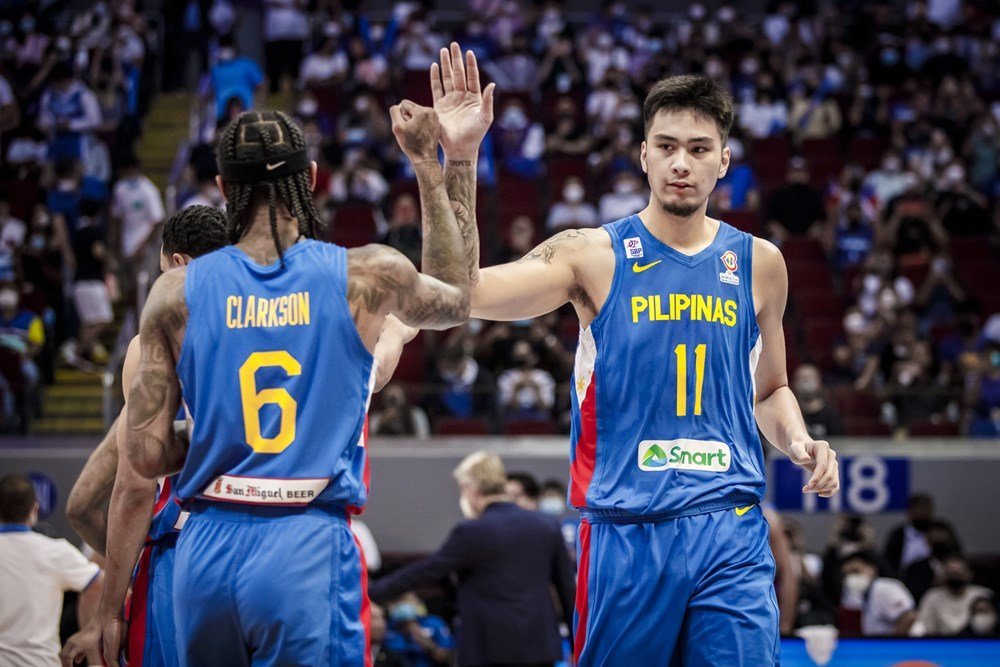 Ramos first scored a poster dunk to open the stretch, before Clarkson’s triple pushed the lead ahead to 35-23. The Utah Jazz super sub and Ray Parks, Jr. then hit two treys late in the third frame to extend the lead up to 59-36.

Playing in his first game ever for the national team, Clarkson finished with a game-high 23 points on 8-of-14 shooting, five rebounds, and six assists, Sotto tallied a double-double of 16 points and 13 rebounds, while Ramos added nine points and six boards.

Kiefer Ravena and Japeth Aguilar chipped in eight markers each. Gilas shot 39 percent from deep, outrebounded Arabia, 55-38, and made 18 assists compared to its opponent’s 10.

The Philippines improved its record to 3-3 overall in the qualifiers, with a couple of road games against Arabia and Jordan coming up in November.

The visitors threw the match towards the end, opting for threes each possession after the rabid Filipino crowd bothered them each time. They would end up shooting only 23.5 percent.