The PVL Invitational MVP scattered 26 points as the Creamline Cool Smashers-powered nationals repulsed Australia in a grueling five-set thriller on Sunday at the PhilSports Arena in Pasig City to pace themselves for a historic finish at the AVC Cup for Women 2022.

After splitting the first four sets, the two sides engaged in an exhilarating back-and-forth showdown in the deciding set, with the Philippines closing the match on three straight points to take the 21-25, 25-19, 19-25, 25-18, 15-12 win and advance to the 5th-6th consolation final tomorrow. 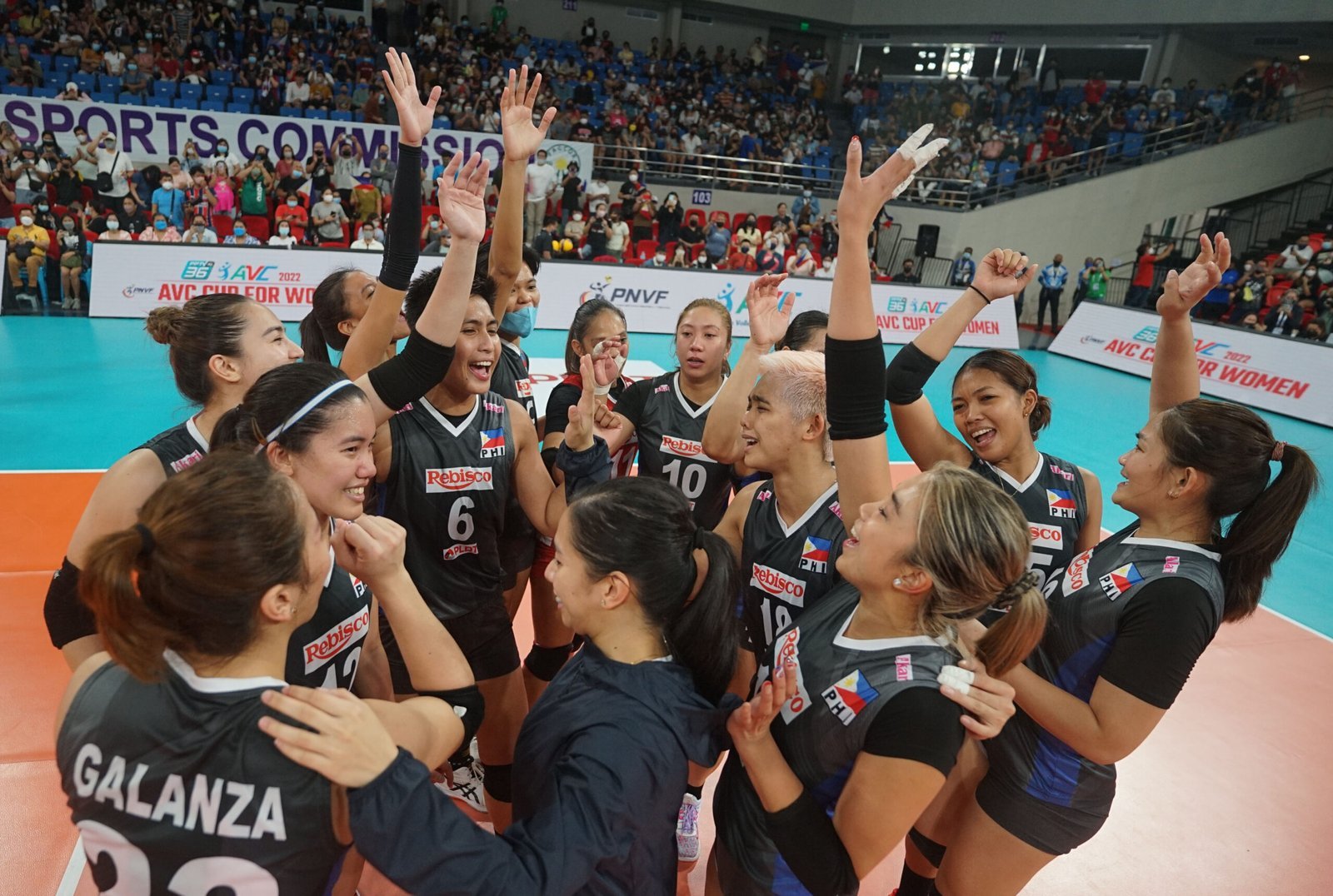 Carlos led everyone with 26 points, all but one coming from kills. Jema Galanza added 18 points, while Celine Domingo chipped in 15 points, including three blocks.

From a 9-all deadlock in the deciding frame, the Philippines took an 12-9 lead behind attacks from Galanza and Jeanette Panaga.

The Volleyroos would take three points back to knot the count at 12 apiece, but the home team responded brilliantly with three straight points.

The Aussies first committed an error, before Panaga converted to seal the hard-earned victory.

The Philippines took a 68-55 lead in total attacks, and was able to survive 12 blocks and 10 aces from the Oceania side.-

Coach Sherwin Meneses’ group will face Chinese Taipei for the Battle for 5th place. Taiwan swept Iran in their own bracket of the classification phase, 25–23, 25–19, 25–17.

Whether the nationals win or lose, it will be their best finish in an AVC continental tournament — a keystone breakthrough for volleyball in the country.