Matched against a team led by an NBA Sixth Man of the Year winner and a 7-foot-2 international prospect, Lebanon showed no fear and proved why they’re one of the continent’s best basketball teams right now.

Buoyed by a hostile home crowd inside the sold-out Nouhad Nawfal Sports Complex in Zouk Mikael, Lebanon erased a double-digit disadvantage early and outclassed Gilas Pilipinas the rest of the way for an emphatic 85-81 win on Friday (Manila time) in the fourth window of the 2023 FIBA World Cup Asian Qualifiers. 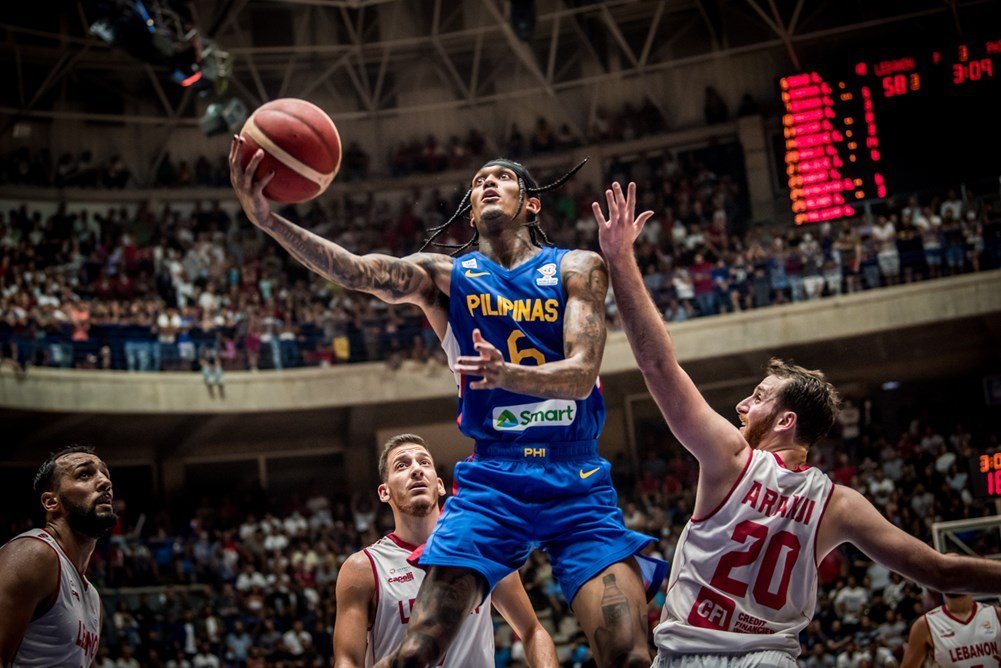 Wael Arajki drained a dagger triple with 16.3 seconds left, capping a string of five straight points under the final minute to carry the 2022 FIBA Asia Cup silver medalists to a pulsating victory. The star guard finished with 24 points.

Amir Saoud added 17 points while Ali Haidar finished with a double-double of 10 points and 10 rebounds, as Lebanon improved to 4-1 overall in Group F of the qualifiers.

Jordan Clarkson, returning to national team duty for the first time since the 2018 Asian Games, top-scored for Gilas with 27 points and added six rebounds and seven assists, although he shot 2-of-9 from three-point range.

The Filipinos, however misfired from three-point area shooting just 6-of-23 and also committed 21 turnovers which doomed them in the game.

Dwight Ramos keyed a strong 9-2 run to open the game, and the nationals raced to a 19-9 lead in the first quarter but they blew the advantage right away as Lebanon recovered quickly.

Trailing in the payoff period, a Ramos triple and Kiefer Ravena split punctuated a 10-2 run, handing head coach Chot Reyes’ troops a 75-71 lead halfway in the fourth quarter in an attempt to steal the game back.

But the home side responded with seven unanswered points, as Elie Chamoun’s triple pushed the Cedars ahead, 78-75.

Japeth Aguilar’s three foul shots tied the game at 78-all, but Arajki took over in the end, first making two free throws after being fouled on a drive.

Aguilar missed a corner triple try on the other end of the floor, and Arajki drained a long-range shot of his own to allow Lebanon to escape.

Ramos tallied a double-double of 18 points and 10 boards, Aguilar contributed 11 points, and Kai Sotto chipped in 10 points and eight rebounds.

Gilas will return to Manila and play the lowly Saudi Arabia at the Mall of Asia Arena on Monday, August 29 — the first time ever Clarkson will play in front of a home crowd. The Arabians lost to New Zealand, 80-65 in their first game of the window.