Up two sets to none against Iran during their pool phase match on Wednesday in the AVC Cup for Women 2022, the Philippine women’s national volleyball team looked to be in a good position to sweep the contest.

Iran had other plans, however, returning the favor to them and going up big in the third, 19-12 before eventually taking it to make the game more interesting. 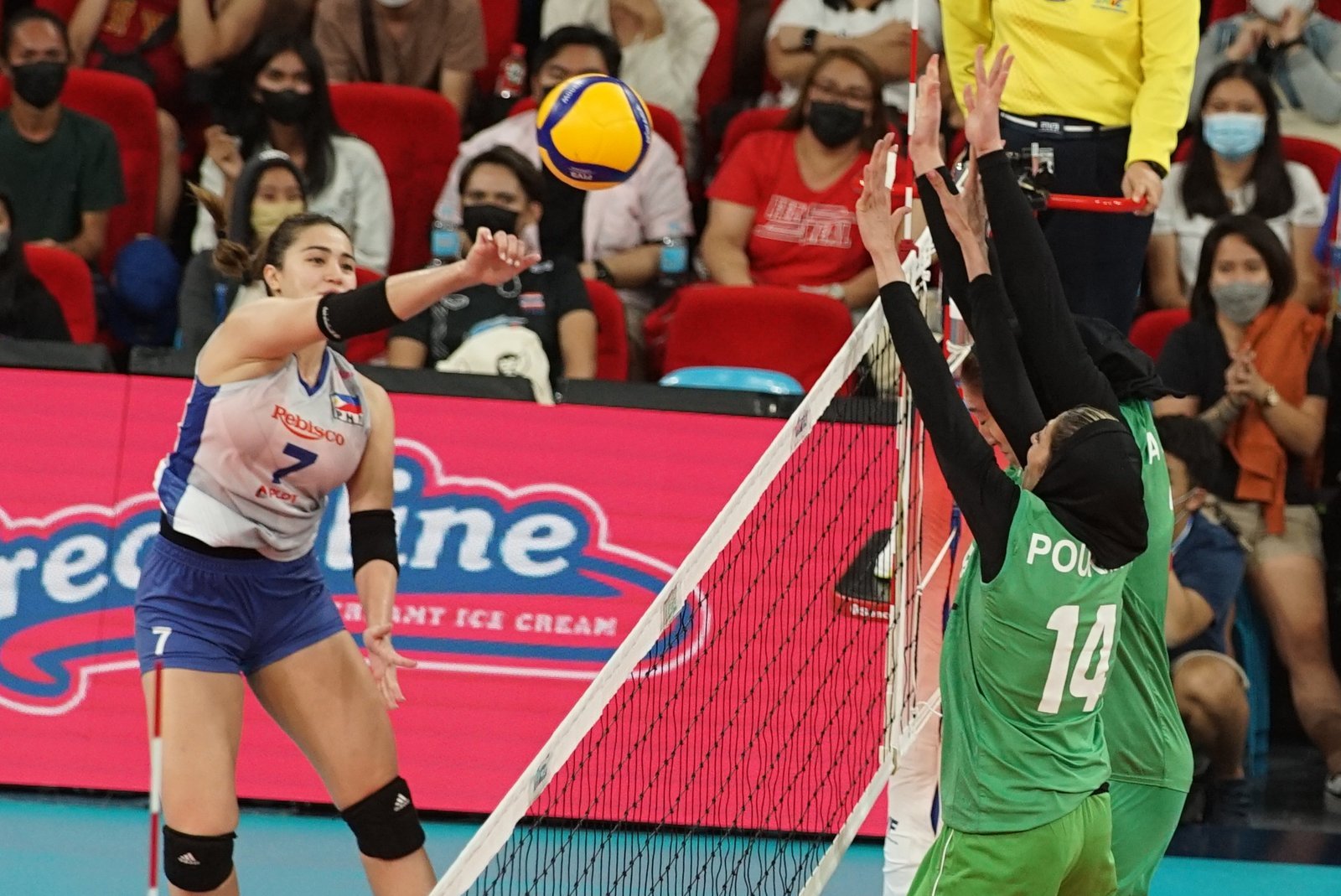 But the Philippines was not rattled, and instead came up with an even better response in the game-clinching fourth set. Jema Galanza scored eight of her game-high 21 points in the fourth, while Michele Gumabao, Tots Carlos, Jeanette Panaga, and Celine Domingo all contributed well.

For Gumabao, it’s playing without pressure that has spelled the difference for the Pinays in the nine-team tournament so far, adapting a mindset where they just focus on the things they can control.

“We play with no pressure but with pride for the Philippines na ilalaban namin ‘to hanggang sa dulo. Every single game, bibigay lang namin ‘yung best namin,” the opposite spiker said.

The 29-year-old Gumabao even spoke positively about the third set, sharing that it helped the squad test their mental fortitude.

She even joked about how in the domestic league, the Creamline Cool Smashers are already used to playing matches and having to come from behind to win.

“Sa Creamline, sanay na kaming naghahabol,” she quipped. “Coach always says ‘wag namin isipin ang kabila. We’ll take of our side of the court first and ilalaro na lang namin to the best of our abilities.”

Interestingly, the Philippines needed to go on 10-4 runs in both the first and second sets to take them.

As for Panaga, one of the important mindsets for the Philippines was to also play well in front of home fans. In the process, they should always just enjoy the game.

Fittingly enough, Panaga contributed her most productive output in the win as she and fellow middle blocker Domingo both tallied nine points.

It’s the mindset that has been benefitting the nationals well, as they try to enter the quarterfinals and make history in one of the most prestigious international tournaments in the continent.