As they say, games are never played on paper. Coming into the game against China, the defending AVC Cup for Women champions, the Philippines was obviously pened as overwhelming underdogs.

That said, it’s easy for one to assume that the Philippines would just make the most out of the experience and learn from the continental powerhouse. The national women’s volleyball team proved everyone wrong once the actual match started, however, as they went on to leave an impressive performance on the floor. 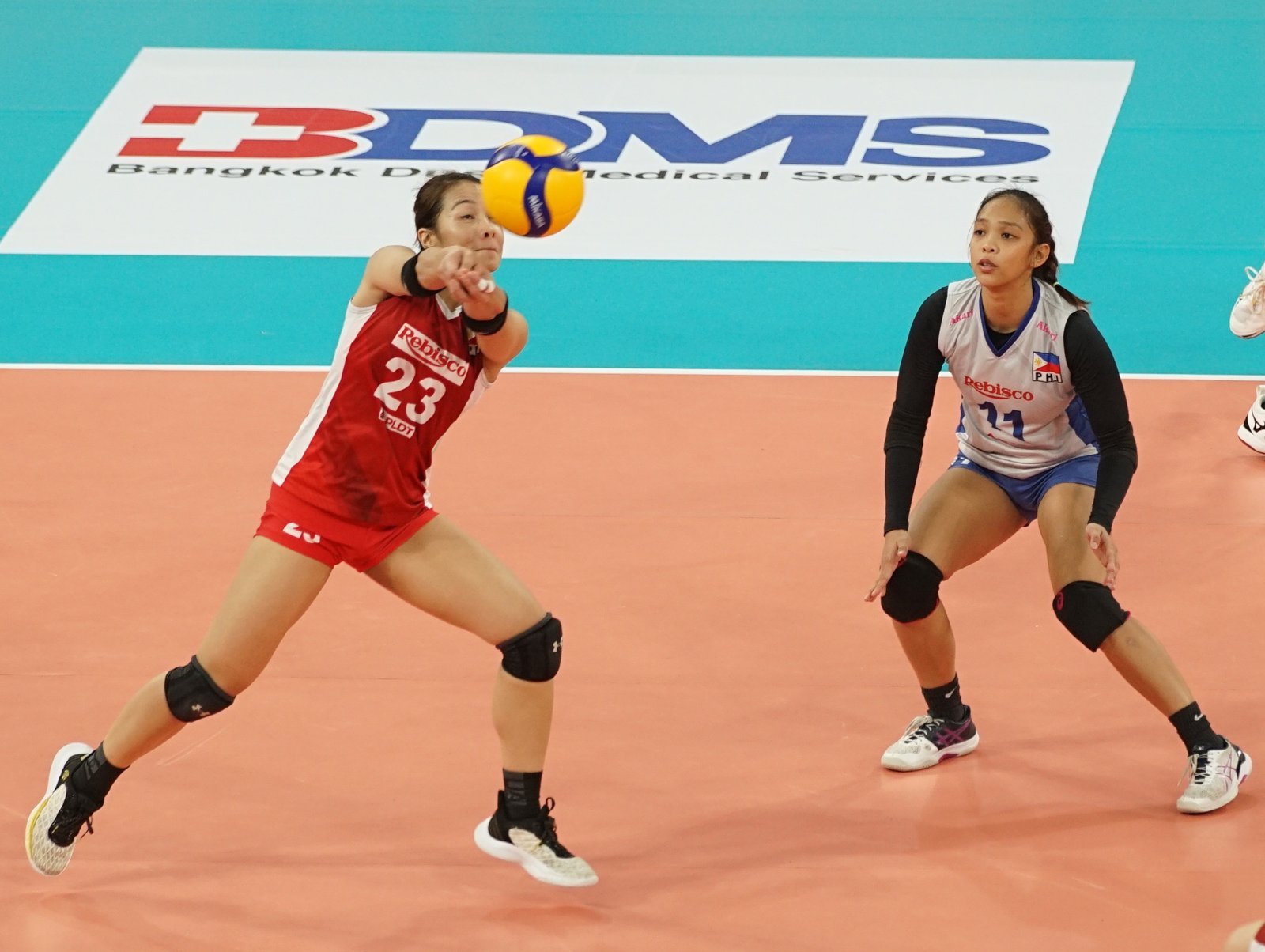 They challenged China every time; they matched their opponent’s intensity the best way they could. The nationals played the match unrattled in spite of the obvious size difference — with the purpose of trying to win no matter what the cost.

And although the final scoreline was a sweep — 25-16, 25-22, 25-20 — it was safe to say the courageous Pinays exceeded everyone’s expectations and left a lasting impact with the way they conducted themselves.

One of the players who will never forget how the Creamline Cool Smashers-backed national team showed up is Jema Galanza, who was beaming with pride afterwards.

True to her words, Galanza was one of the squad’s scoring leaders against the Asian heavyweights. She tallied 11 points on nine attacks and two aces. Throughout the match, she often challenged the Chinese blockers with her ability to angle her shots and be creative.

After the match, Galanza said she was also just trying her best to lead by example, being one of the more experienced international players for the Philippines despite being just 25 years old.

And although it wasn’t the result the home contingent wanted, Galanza also stated that the invaluable experience they will get matching up against a colossal opponent will matter for the next days to come.