Gilas Pilipinas survived a fourth quarter scare from Chinese Taipei to sweep the FIBA U18 Asian Championship 2022 group stage with an 84-73 win on Tuesday at the Azadi Basketball Hall in Tehran, Iran.

Taiwan erased a double-digit deficit early and pulled within four, 66-70 after a Te Chi Hsu bucket with just over six minutes left in the fourth quarter. 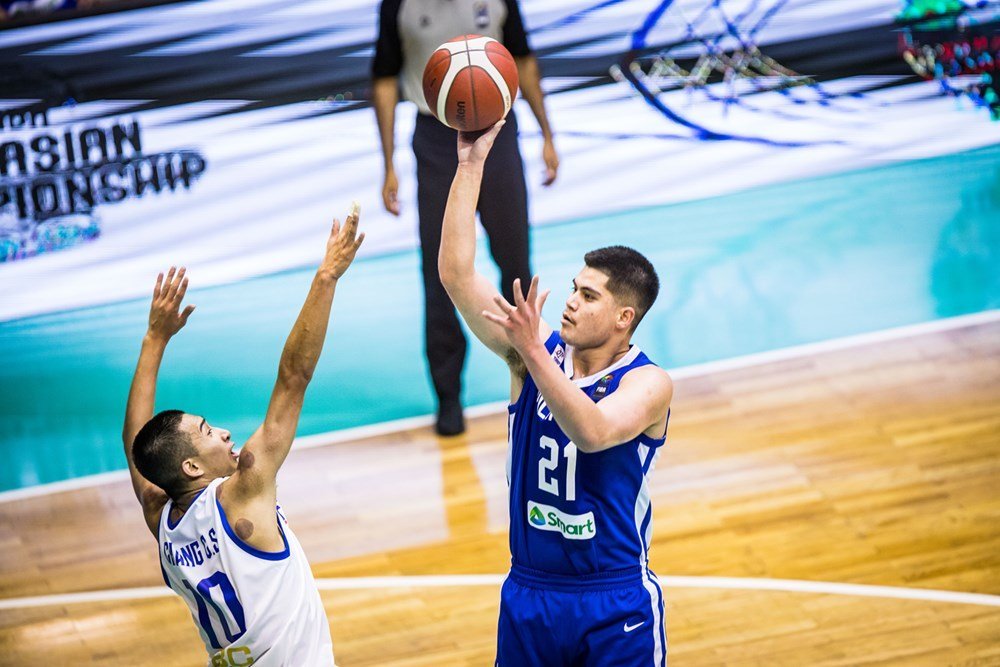 But the Filipinos had a strong 9-2 run in response which included three triples — two from Mason Amos and another from Jared Bahay for a 79-68 cushion under the final two minutes of regulation.

Amos had his finest scoring performance yet of the tournament, dropping a game-high 28 points on 12-of-20 shooting to go along with six rebounds and three assists. He also converted 4-of-10 from three-point area in the Philippines’ third straight win.

With a spotless 3-0 record in Group C, the Philippines will enter the quarterfinals tomorrow as one of the higher seeded teams. A draw will be made to determine their playoff pairing.