It was Mendiola F.C. 1991 winger MJ Libre who punctuated the club’s inspiring opening weekend win over the reigning titlists, slotting in the go-ahead goal in the second half via a penalty after Manila Digger entered the “penalty” situation by accumulating six team fouls — a rule unique to the 7’s.

Sibide Ousmane opened the scoring to hand Manila Digger, which also copped the inaugural AIA 7’s Football Cup over Mangtas F.C. the weekend prior, the lead in the first half.

But former United Football League super scorer Izo El Habib converted the equalizer just moments after, allowing Sino to even things at the half. 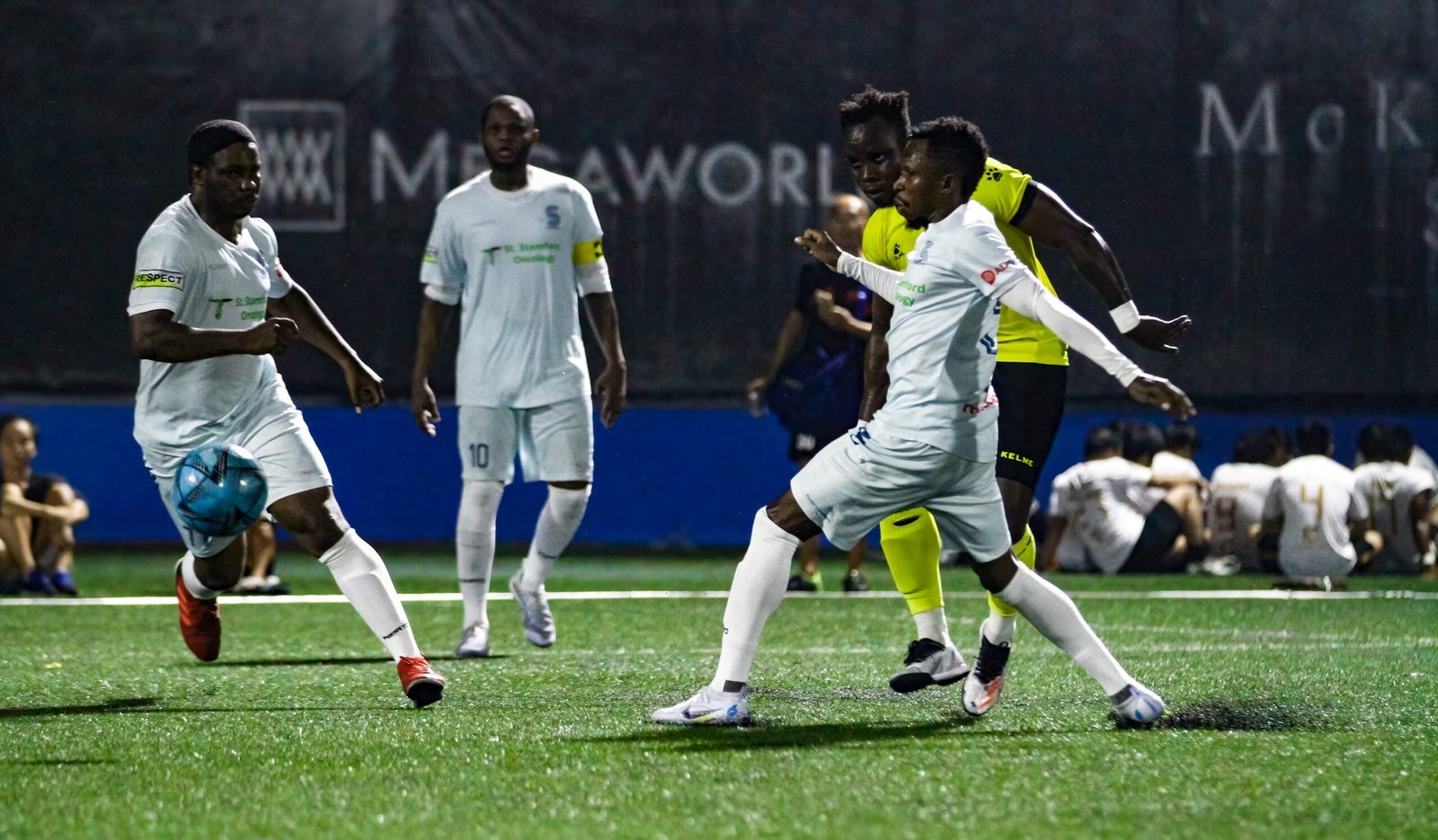 “It’s an amazing feeling. We’ve known each other for a while. But this is quite different. We are so happy to take this win,” an elated head coach Emmanuel Mbata shared.

“We take every game as it comes. There is no easy team. We will just keep on working hard. It’s not going to be easy. We’ll fight for the ball and we will see how it goes from there,” Mbata added.

Sino is a staple of the Weekend Futbol League (WFL) before making the big leap to the prestigious 7’s Football League, the country’s premier seven-a-side competition. They are also comprised of former Real Amigos F.C. players. For Season 6, a record-breaking 30 teams in the men’s category — 10 each across three tiers — and 16 teams in two women’s divisions are vying for glory.

Only the top four teams in each of the divisions advance to the knockout semifinals. The winners there will then advance to the finals for a prize pot as well as a chance for lower tier champions to be promoted.

The league will run every Sunday in the same venue until mid-November 2022.