The Vietnam women’s national volleyball team used their height advantage to tower over the Philippines, scoring a 25-19, 25-17, 31-29 sweep on Sunday in the two nations’ respective AVC Asian Cup for Women 2022 opener at the PhilSports Arena. 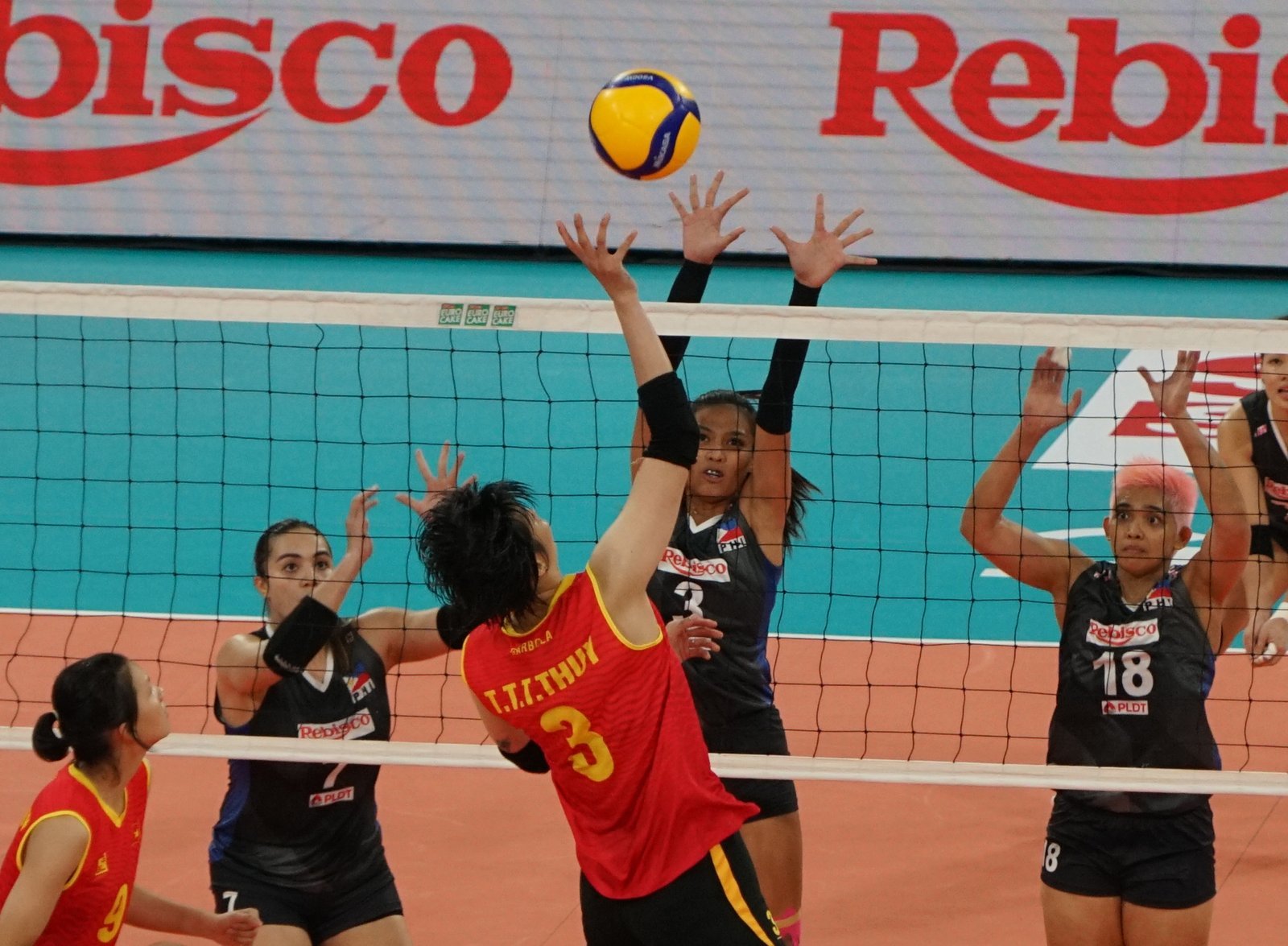 The Vietnamese utilized both their attacking and blocking, having a 45-37 and 13-7 advantages in the two scoring categories, respectively.

The Philippines, represented by the Creamline Cool Smashers which recently won the PVL Invitational, tried to make it competitive by engaging in a lengthy back and forth duel with their opponents in the third frame.

The home side was ahead, 29-28, needing only a point to extend the match. However, Tots Carlos committed an attack error, before a block from the Vietnamese followed by Tran’s down the line spike punctuated the victory for the visitors.

Jema Galanza led the Sherwin Meneses-‘coached nationals with 13 points on 11 attacks, while Michelle Gumabao had 11 points built on nine spikes and two blocks.

Vietnam joined China on top of the Pool A standings. China dominated Korea earlier as well via a masterful 25-9, 25-8, 25-9 win.

The Philippines will play three straight matches to conclude the preliminary round. They will battle the powerhouse Chinese on August 23, followed by collisions against Iran and Korea on August 24 and August 25, respectively.

Only one team will be eliminated in Pool A while the top four squads enter the quarterfinals.