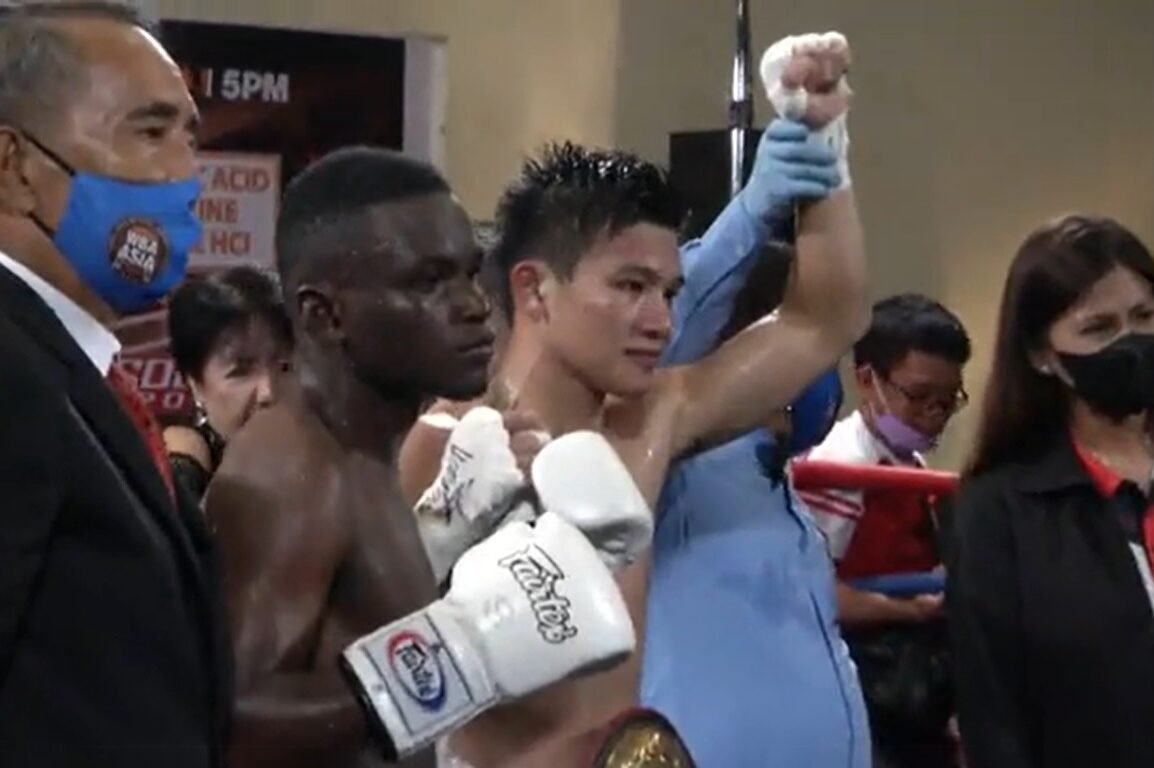 The southpaw nicknamed “Wonder Boy” out of Lagawe, Ifugao began to pounce on his opponent in the sixth round — a round he won convincingly — by hurting him with body shots that slowly cracked open Tondo’s seemingly rock-solid defense.

He continued to dominate his opponent in the latter rounds, sensing exhaustion from Tondo as he went for the kill each time.

In the 11th round, Martin unloaded upper cuts to Tondo’s breadbasket which led to the visitor clinging onto the defending champion to avoid trouble.

The aggressor throughout the fight, Martin kept Tondo at bay until the final bell with his effective jabbing, while landing 1-2 combinations decisively particularly in the latter half of the contest.

The victory is a boost to Martin’s credentials, as he tries to rise in the super bantamweight rankings. The Filipino boxer is already ranked among the Top 15 contenders in the WBA, IBF, and WBO rankings in the 122-pound division.