Not even a depleted 10-man lineup could stop Gilas Pilipinas Men’s running game as they beat India convincingly, 79-63 in the FIBA Basketball World Cup 2023 Asian Qualifiers third window on Sunday, July 3 at the Mall of Asia Arena in Pasay City.

Mainstay Dwight Ramos fueled the nationals, scoring 13 of his game-high 21 points in the first half as the Philippines pulled away with fast break opportunities to close the first round of the qualifiers with a 2-2 record for second place in Group A behind New Zealand’s clean 4-0 slate. 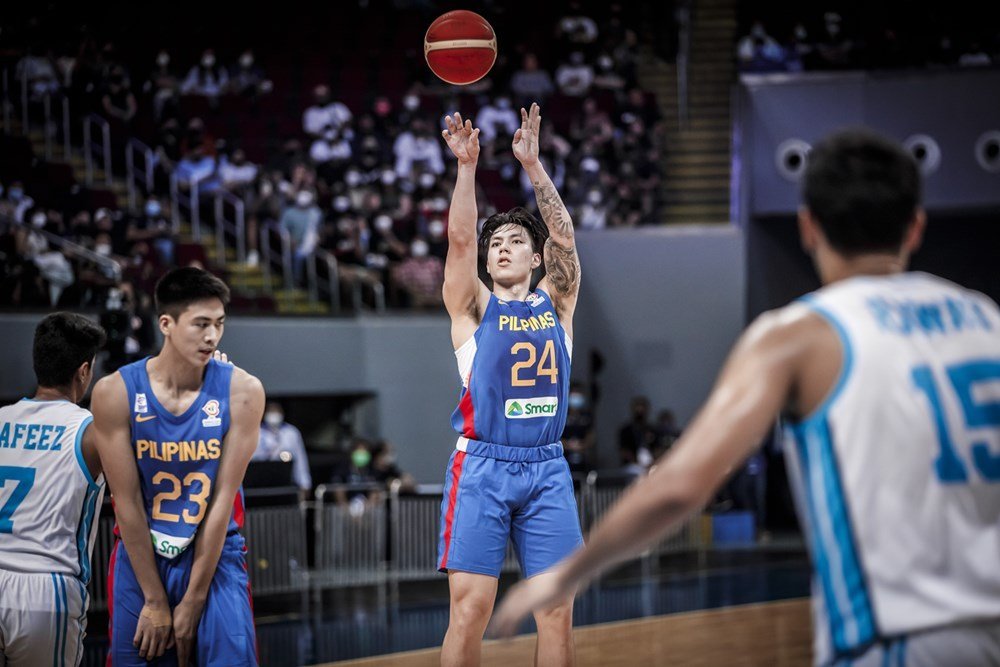 All three teams will advance to the second round, which starts with the fourth window in August.

Ramos scored nine points in the opening quarter, before the Philippines’ reserves maintained the spread in the next frame, closing the second period on an 11-1 run for a sizable 45-24 halftime lead.

Ramos also wound up with five rebounds and four steals. Kiefer Ravena added 12 points and four assists, while William Navarro finished with 11 points, including six in the fourth quarter when India was knocking on the door.

The home side led by as much as 24 points, but Sahajj Sekhon pulled India within 75-61 late in the fourth quarter. However, it was the closest the visitors could get as Gilas controlled the game until the final buzzer.

Gilas had a 50-42 edge in rebounding and distributed the ball better with 22 assists compared to its counterparts’ 13. India also committed 23 turnovers.

Muin Bek Hafeez led India with 13 points while Sekhon and Arvind Krishnan both chipped in 12 markers.

The Philippines won the game in spite of fielding only 10 available players. It was previously reported that Dave Ildefonso was ruled out prior to the contest due to a knee injury which reduced Gilas’ roster size.

The squad already didn’t have the services of naturalized center Angelo Kouame, who has been out since last month because of a partial ACL tear.

Next in store for the Philippines is the 2022 FIBA Asia Cup hosted by Indonesia later in the month, before the fourth window of the qualifiers kicks off in August where it will face at least two out of the three qualified teams from Group C, Lebanon, Jordan, and Saudi Arabia.