As they say, iron sharpens iron — and for the top-ranked Filipino 3×3 player Mac Tallo, the only way the country can get better in the basketball discipline in general is through more experience in the highest level of competition.

The Cebu Chooks main man helped his team reach the quarterfinals of the FIBA 3×3 World Tour 2022 Manila Masters with a 1-1 record in Day 1 of the tournament being held at the Ayala Malls Manila Bay. 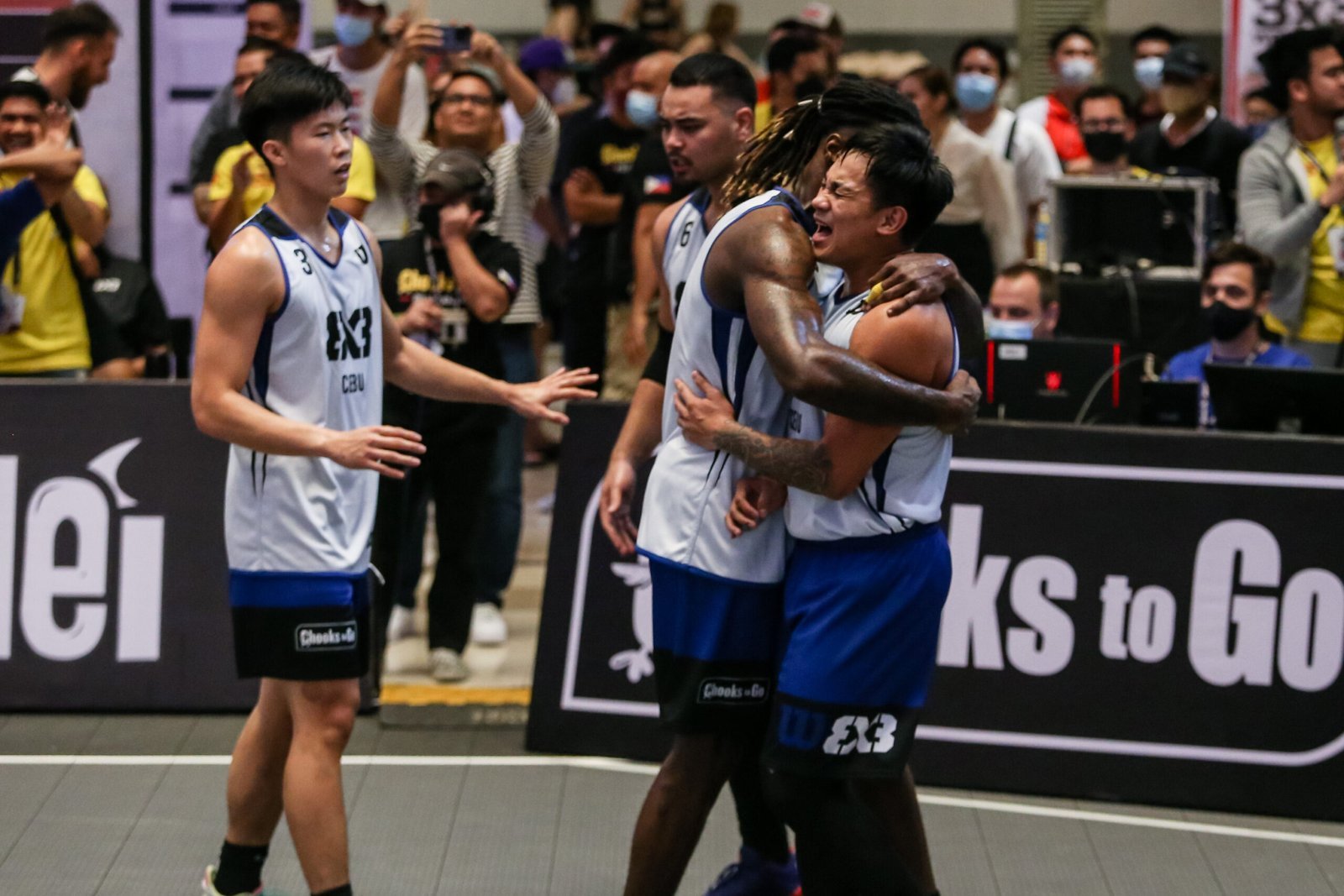 It will be first time their squad is making the playoffs of a Masters event since forming their 3×3 team last year under the Chooks banner.

“Malaking bagay talaga sa amin ‘to dahil kulang kami sa experience. In order to get that, we have to play more games,” Tallo shared.

Cebu bravely challenged Ub Huishan HE of Serbia, the No. 1 rated team in the world during Day 1 of the Manila Masters proceedings, before falling, 21-17.

It wasn’t the first time they have faced Ub, as the Serbian side had in fact been practicing with them for the last two weeks in Manila.

No less than Strahinja “Doctor Strange” Stojacic, the current world no. 1 3×3 player, acknowledged the valiant effort of Tallo and company in the close win.

“They are so good players. They played a good game and for sure they will play better, because they’re still playing five-on-five aside from 3×3,” the Serbian 3×3 veteran said. “But if they prepare for (the future more), they’re going to be a great team.”

Cebu’s breakthrough came via an exhilarating 21-19 conquest of Mongolian team Zavkhan MMC Energy to qualify for the Last 8.

Regardless of what happens in the two-day competition, it will be Cebu’s best finish in a Masters event, after faltering in all three of their Masters stints during the 2021 FIBA 3×3 World Tour calendar. 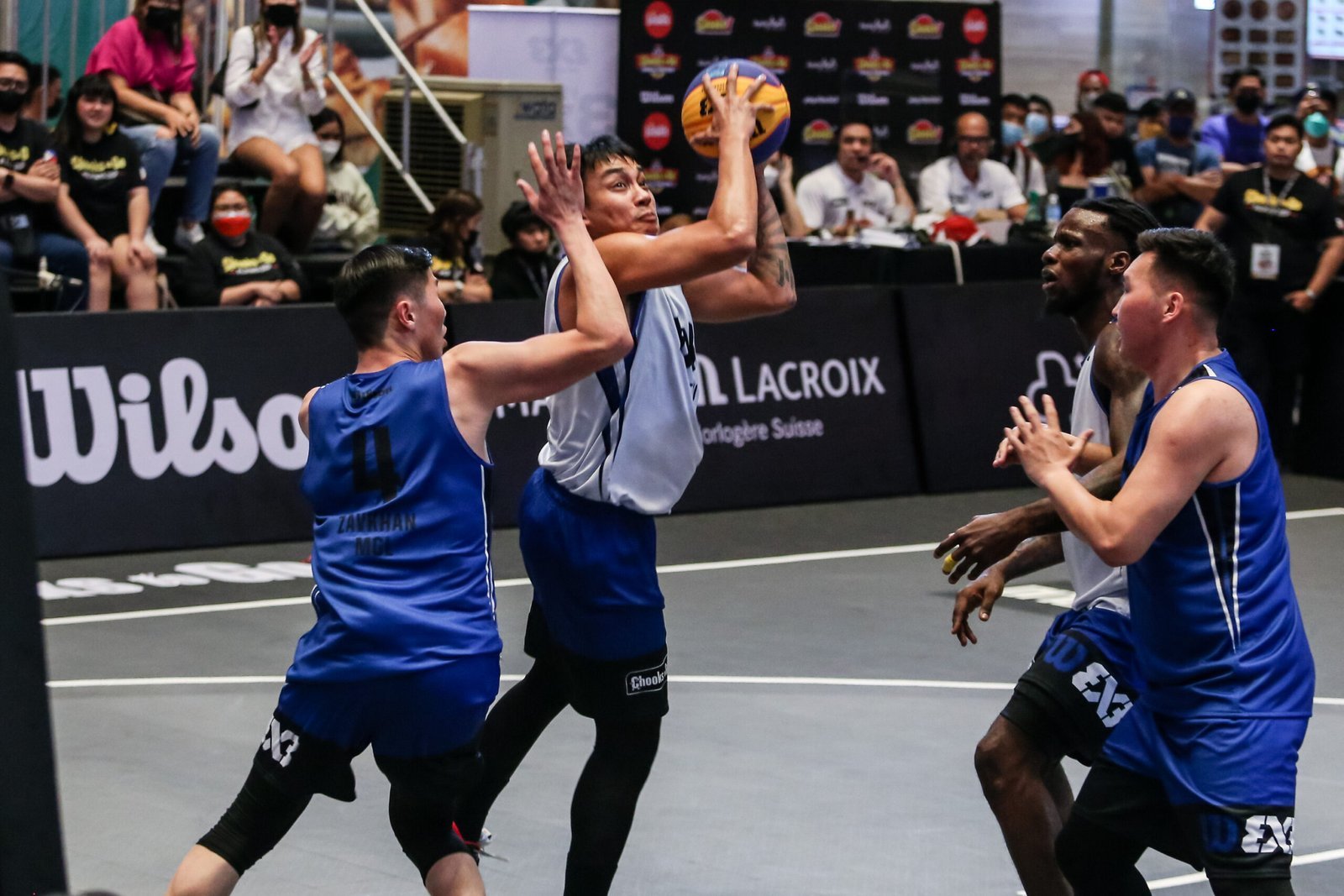 The team, then merged under one Manila Chooks squad, could only muster one victory in six matches from the Doha, Montreal, and Abu Dhabi editions combined.

The 28-year-old hometown pride understands in order to be a formidable team in the 3×3 discipline, Filipino teams will have to keep pushing themselves and make every game count.

These iterations of the Chooks 3×3 teams are still arguably in its infancy stages, compared to other squads who have been playing together for about four to five years.

And the signs have so far been encouraging.

Together with Nzeusseu, Zachy Huang, and Brandon Ramirez, it has been quite a busy schedule for Cebu Chooks in 2022 so far.

The Manila Masters, Tallo hopes, is only the first of many more top-level professional 3×3 appearances for the Philippines in order to establish themselves as a force to be reckoned with.

In less than 24 hours, Cebu will be facing Liman of Serbia — another powerhouse contender in the World Tour circuit, and currently the No. 3 seed entering the Manila Masters.

The former Southwestern University stalwart expects nothing but the best from an established 3×3 club again, but promised to do better this time around with homecourt advantage and more experience in the bag.