Biado was on his way to tie the match at six racks each when he muffed a wide-open nine ball in the 12th rack which rattled in and out of a corner pocket. 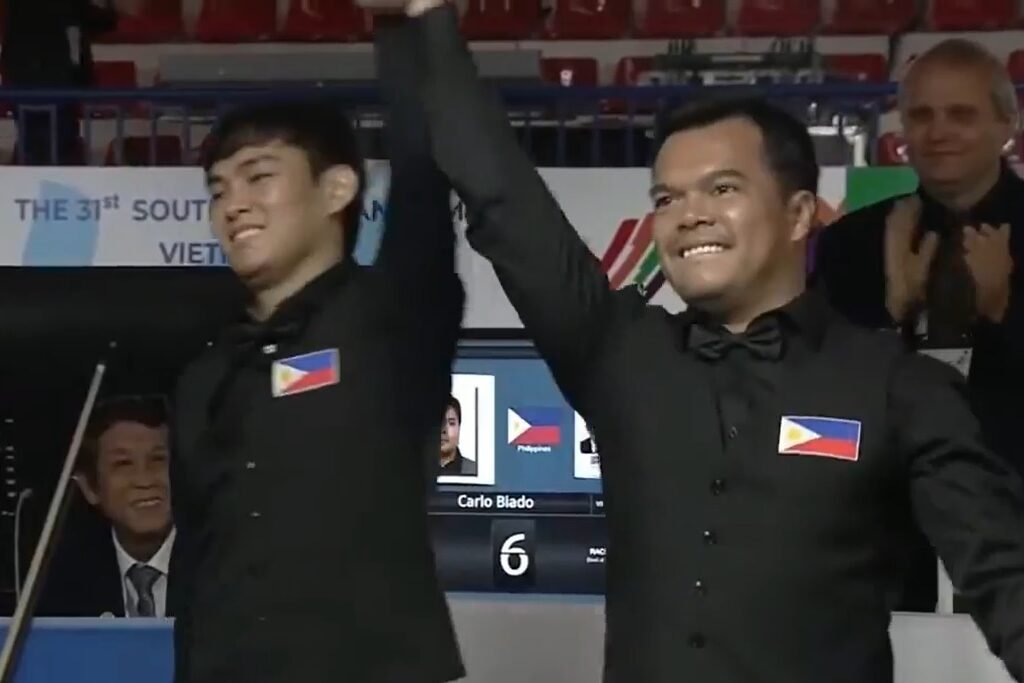 This allowed Chua to take a commanding 8-5 lead in the race-to-9, alternate break championship game.

In the 15th rack, Biado had a chance to turn things around, converting a spectacular jump shot on the 6-ball after Chua opted for a safety shot.

However, he surprisingly missed a wide-open 8-ball which he failed to convert in the same corner pocket as his miss in the 12th rack.

The 29-year-old Chua would not have problems sinking the two remaining balls to secure the first gold of his SEA Games career which started in 2017.

The two-time WPA World 10-ball champion increased her SEA Games gold medal total to nine, in a career that started in 2005 when Philippines hosted the biennial meet.

Amit has now won a total of 21 medals in the SEA Games.

The Philippine contingent will have several chances to add on to their medal haul from the beloved past time sport, with the men’s and women’s 10-ball singles, men’s English billiard doubles, men’s snooker singles, and men’s 1-cushion and 3-cushion carom events yet to conclude.