The University Athletic Association of the Philippines (UAAP) is welcoming the return of spectators for Season 84 inside the Mall of Asia Arena on a limited capacity starting with the men’s basketball matches on Tuesday, April 5, 2022.

Students are encouraged to purchase their tickets at MOA Arena starting Saturday to avail of the discount.

Only fully vaccinated individuals will be allowed inside the MOA Arena with fans required to present proof of vaccination upon entry. 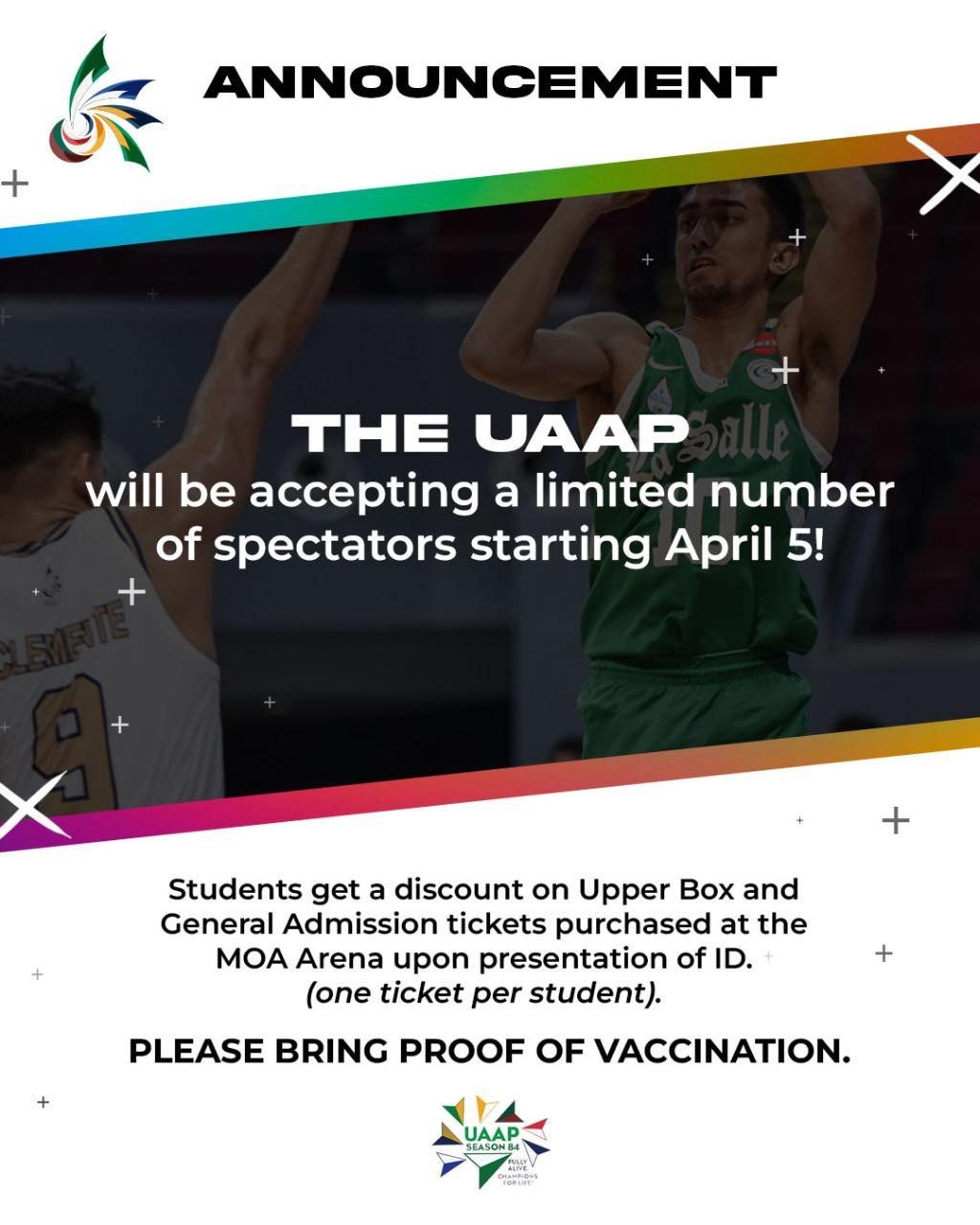 Health and safety protocols that includes the wearing of masks and social distancing are also implemented inside the arena. Eating and drinking are only allowed in designated areas.

UAAP president Emmanuel Calanog said the decision of having spectators back in the arena was reached after consultations with the league’s bio security officers, Commission on Higher Education and the LGU of Pasay City.

“We accelerated the opening to a live audience with Alert Level 1 continuing in Metro Manila,” said Calanog. “Our priority is the health and safety of our student athletes and minimizing the risks of COVID-19. After discussions with our health officers and putting a few additional protocols in place, we are now ready to have fans back in the arena. The UAAP is a competition best experienced with students and alumni supporting their respective schools.”

“While tournament officials, players and staff are still in a bubble, having fans back in the  stands is a significant step back to normalcy for the UAAP,” said Executive Director Atty. Rene “Rebo” Saguisag. “We appreciate the sacrifices of individuals and the member-schools in keeping their respective bubbles intact which has led us to this point of having fans back in the stands.”