Gilas Pilipinas beat India, 88-64 on Friday, February 25 at the Smart-Araneta Coliseum behind 32 points combined from Dwight Ramos and Thirdy Ravena.

But another positive takeaway from the conquest of India was the impressive debut of combo guard Kib Montalbo in the 2023 FIBA Basketball World Cup Asian Qualifiers. 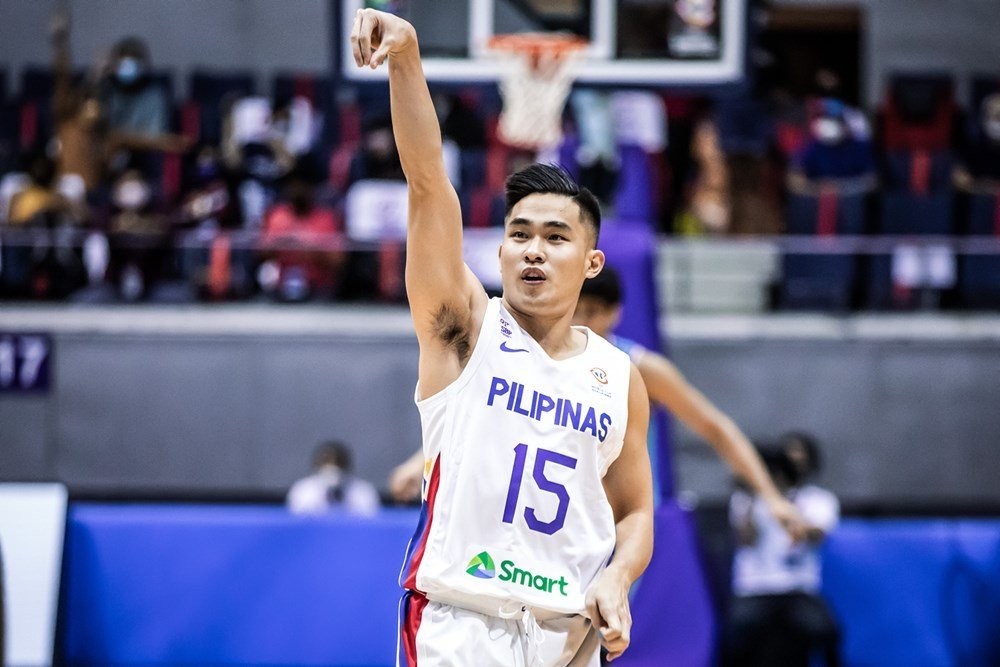 The TNT Tropang Giga player scored eight points which included two triples — one being a long-distance buzzer-beater to end the third quarter.

Gilas head coach Chot Reyes went on to express his elation for his backup guard, but also pointed out that he is not at all surprised with the capabilities of the former De La Salle star.

“I am very, very happy for Kib but honestly, I’m not surprised because that is the type of player he is,” Reyes shared.

“He knows his role, he comes in off the bench, he’s our defensive spark, he’s gonna go after and give problems to the opposing ball handler.”

Prior to the start of the second window of the qualifiers, the possibility of Montalbo cracking the Gilas rotation was already presented, as key players were unavailable, particularly backcourt players.

TNT signed Montalbo last year for their buildup for the 2021 PBA Philippine Cup. He eventually won the all-Filipino title with Reyes and company, proving to be a significant regular rotation player in the TNT roster.

With the Tropang Giga core reinforcing the Gilas lineup, Montalbo seized the opportunity, and now has a national team debut to be remembered after being named to the final 15 pool.

“The good thing about Kib is he has rounded his offensive game; now, you can’t just keep him open. And credit to his teammates, they just trusted him and found him in open spots,” Reyes added. “Kib simply delivered and did what he normally does.”