Having been the face of Gilas Pilipinas ever since he made his men’s senior national team debut back in 2020, Dwight Ramos was aware that there were still two things he has not accomplished yet while donning the national colors for two years: to play inside the historic Smart-Araneta Coliseum and play in front of Filipino fans.

It was only when he was named to Gilas pool for the 2023 FIBA Basketball World Cup Asian Qualifiers second window when the Toyama Grouses wing man finally had the chance to accomplish both, setting foot on the Big Dome hardcourt while being cheered on by Gilas fans. 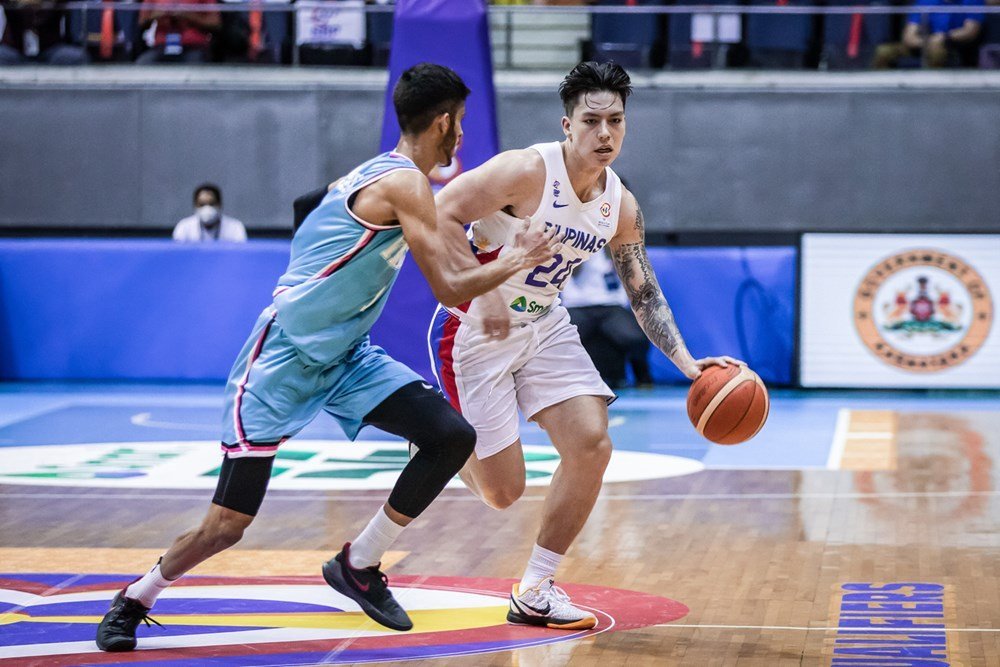 Seizing the opportunity, Ramos also made sure to walk away victorious to make the moment extra special. He led Gilas with 17 points in a decisive 88-64 victory at home over India.

“That was crazy. I’ve been here a while but this is really my first game playing in front of a crowd and here at the Araneta Coliseum,” Ramos shared.

It was the first time Ramos played in front of thousands in a Gilas home game, as his last stint with Gilas back in 2021 happened in a bubble setup in Angeles, Pampanga minus an audience.

“I was really happy that we’re able to win. That’s all that was in my head coming into the game. I was like, it’s my first time playing here, it has to be my first win. It has to be a win.”

With a different team composition this time around where he is surrounded by more veteran players, especially those from TNT Tropang Giga, Ramos is also making the most out of learning from his kuyas that are more experienced in the international game.

“Mostly, I learn a lot from them on and off the court. Coach Chot (Reyes) does a good job allowing us to bond as a team,” the 6-foot-4 forward shared.

“We get to talk one on one with each other and they really give me a lot of advice not just on the basketball court but also as to how I can lead the team better in the future.”