Playing in their first FIBA official game in over a year, the Tall Blacks reminded the international basketball scene that they’re among the best countries in hoops. 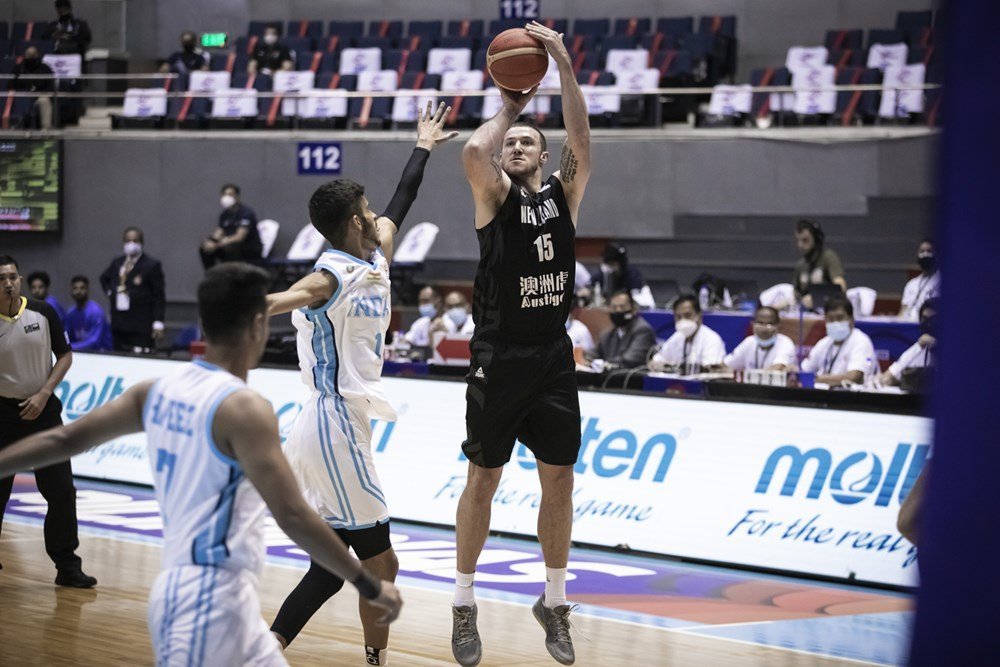 The Sydney Kings forward poured 16 of his game-high 21 points in the opening frame, as the Tall Blacks opened a 32-8 first quarter margin to set the tone for a dominant win.

Veteran Rob Loe finished with a double-double of 15 points and 10 boards to go along with six assists.

Coached by New Zealand legend and Hall of Famer Pero Cameron, the Tall Blacks brought a much younger team to the competition, with an average of only 25 years old and with only Rob Loe and Dion Prewster in their 30s.

New Zealand shot 53 percent from the field overall and made 12 three-pointers, compared to only two for India. The Tall Blacks also posted a 45-29 rebounding advantage while assisting 28 of their 41 field goal makes.

India did have a more productive second quarter on offense, scoring 17 points as Sahaij Pratap Singh Sekhon scored eight first half points out of his total of 10 for the game.

Gilas Pilipinas will make its debut tomorrow, February 25 against India before wounding out the window with a colossal matchup against New Zealand on Sunday, February 27.

South Korea, the fourth team in Group A, unfortunately couldn’t make the window in Manila due to a number of COVID-19 positive cases among the team.