After the Philippine Women’s National Football Team qualified for the 2023 FIFA Women’s World Cup via a 2022 AFC Women’s Asian Cup quarterfinals victory over Chinese Taipei, many looked forward to how they would fair against South Korea in the semifinals to gauge how competitive they are at the moment.

And the Malditas showed encouraging signs, falling to the mighty Korean side by only 2-0 in their continental cup semis showdown on Thursday at the Shree Shiv Chhatrapati Sports Complex in Pune, India. 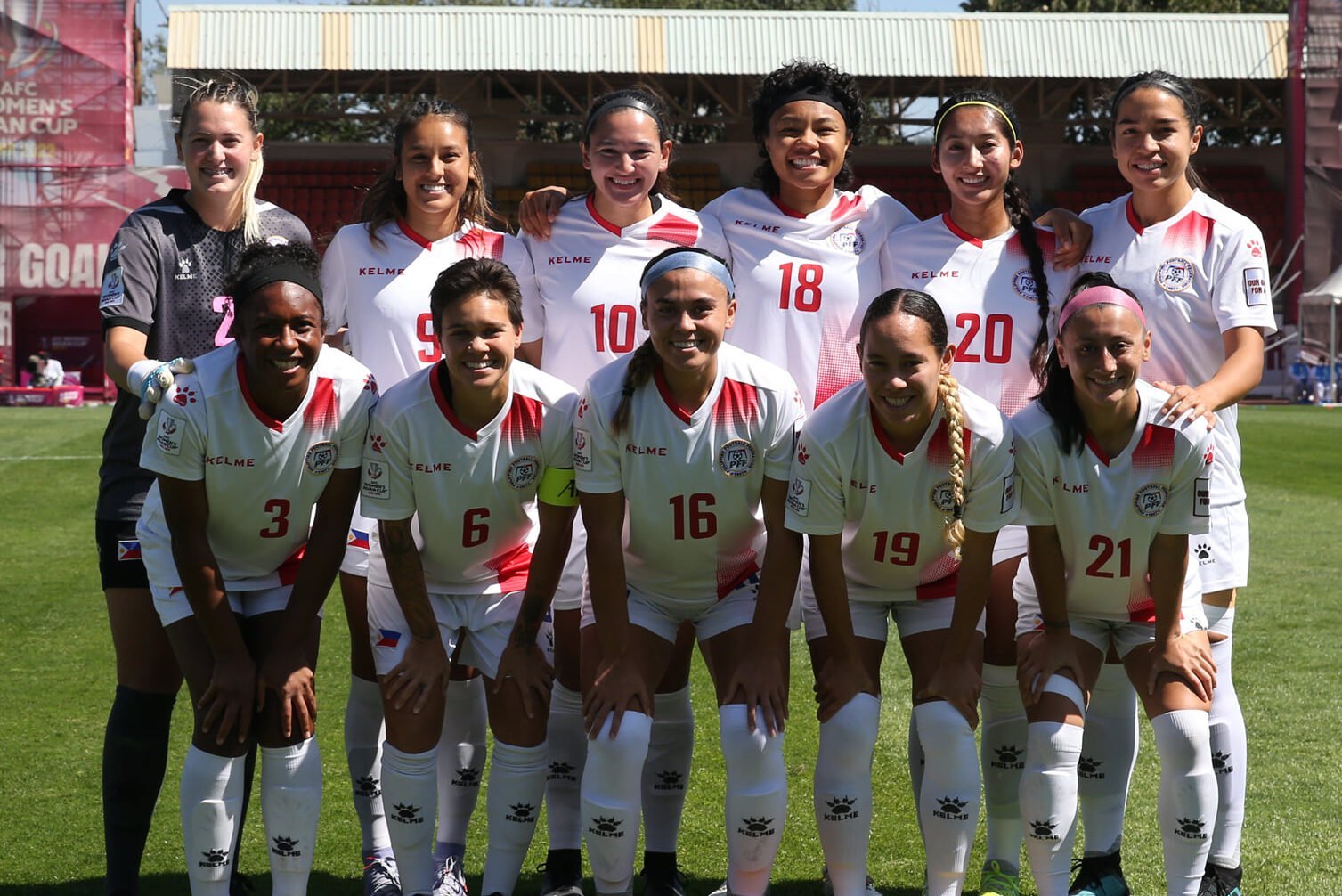 Tottenham Hotspur midfielder Cho So-hyun then opened the scoring right in the fourth minute, perfectly timing a header coming off a corner kick that blazed past the defense of Philippines’ keeper Olivia McDaniel.

The Koreans, which stunned Australia, 1-0 in their own quarterfinal pairing, would eventually double their lead in the first half after Hyo-Joo Choo made a fine run in the left flank that left her defender behind.

She went on to enter the box and sniped the ball towards Son Hwa-yeon, who only needed to flick the ball in past McDaniel in the 34th minute for the 2-0 cushion.

But although Korea dominated possession, the Malditas still had faint chances to equalize in the first half.

Sarina Bolden had a 33rd minute header inside the six-yard box amidst the scrambling defense of the opponents, although it went wide left.

It was a gallant stand for the Malditas and a great exposure against topnotch players, including Ji So-yun (Chelsea) and Lee Geum-min (Brighton & Hove Albion) who both play in the FA Women’s Super League of England.

The Filipinas’ defense also didn’t concede a goal in the second half in spite being challenged repeatedly, as McDaniel made a handful of quality saves while the backline also prevented opportunities for the Korean attack.

Particularly, McDaniel dodged a bullet in the 66th minute from inside the penalty box, denying Son Hwa-yeon a brace in the process.

The first-hand glimpse right away of what to do further is necessary, as the loss doubles as early preparation for the grand international spectacle next year in Australia and New Zealand.

Korea will face the winner of the China-Japan duel for the championship match of the AFC Women’s Asian Cup.