Whatever it was that the visionary tactician saw at the time, fate would fulfill his prophecy 17 years later, as the mighty Malditas of coach Alen Stajcic scored a historic 4-3 win over Chinese Taipei on penalties on Sunday, January 30 to make the World Cup stage for the first time ever.

Already in their maiden AFC Women’s Asian Cup quarterfinal stint, the Filipinas ended the magical night with two historic and significant milestones, as they likewise barged into the semifinals of the tournament’s 2022 edition at the Shri Shivchhatrapati Sports Complex in India. 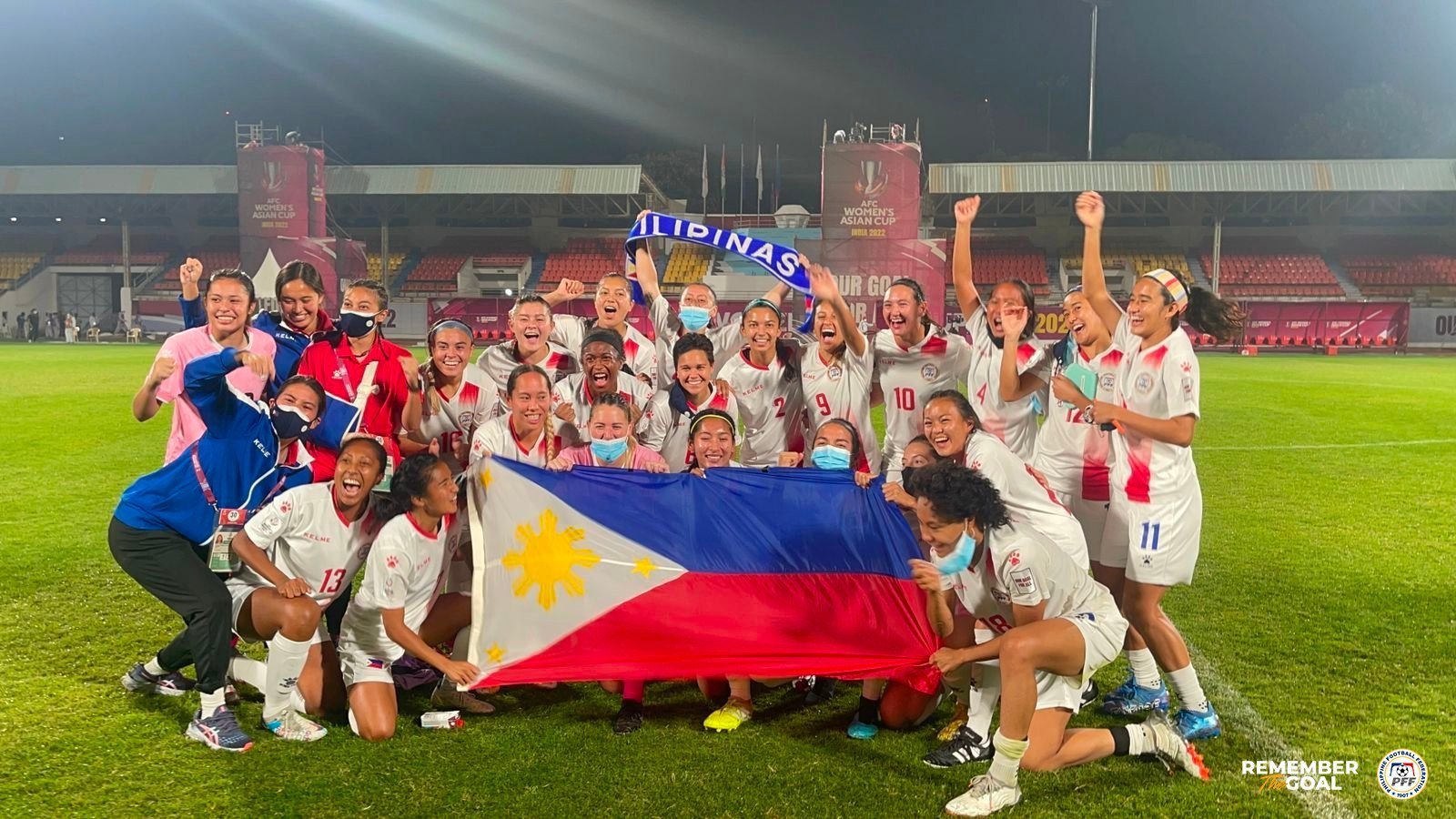 Just when it looked like Chinese Taipei was on the verge of victory, Yi-Yun Hsu missed in the ensuing attempt as it hit the left goal post.

McDaniel later converted on her own attempt, before delivering two more crucial saves by foiling Sin-Yun Su and Zhuo Li-ping, the fifth and sixth designated attempters for Taiwan.

And on the Malditas’ sixth try, Sarina Bolden calmly converted the winning strike which sent the no. 64th ranked Philippine side to the World Cup even as the Filipinas stormed the middle of the field to celebrate their date with destiny.

It was Quinley Quezada flicked in a timely assist by Katrina Guillou in the 49th minute into a goal after a wild sequence which saw Sarina Bolden try to convert a corner kick into a header that was initially cleared by the Taiwanese defense.

Off the rebound, Guillou headed the ball towards Quezada, who was able to strike the ball and find the back of the net precisely, giving the Malditas the all-important goal.

The Philippines would hold on to their seperation until the 82nd minute, until defender Zhuo Li-ping played spoiler as she knotted the count with powerful strike that found the top left corner of the goal and in, allowing Taiwan to even at 1-1.

Regulation ended at one goal apiece, and both sides were unable to find the back of the net in the 30-minute extra time period. 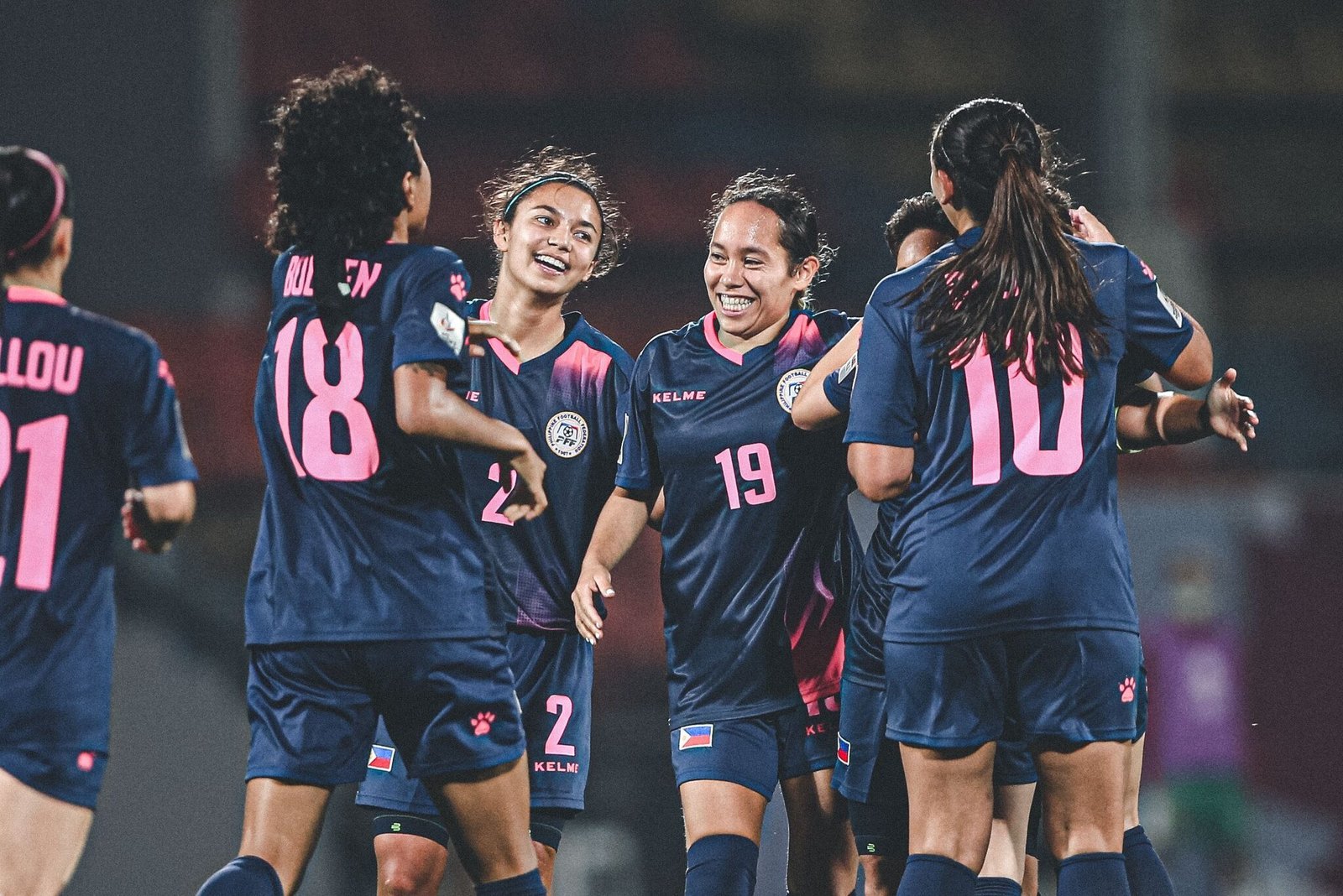 It was only fitting for Bolden to score the winner, after several missed chances throughout regulation and extra time.

The scintillating win will undoubtedly send shockwaves to the football world, just as the Philippine Football Federation, the team’s sponsors, the nation’s sports stakeholders, and fans all had dreamed for a long time — for an underdog basketball-crazy country that had made significant waves in football in the past decade.

The Malditas will face South Korea in the semifinals, after the latter ousted powerhouse Australia in their own quarterfinal pairing, 1-0.

The win over Chinese Taipei was also a first for the Philippines, which suffered five consecutive setbacks at the hands of the no. 39 ranked East Asian nation.

The 2023 edition of the FIFA Women’s World Cup is co-hosted by Australia and New Zealand and shall commence from July to August of the calendar year with 32 teams.