The Philippine Women’s National Football Team put on a brilliant offensive display for a 6-0 shutout of Indonesia in the 2022 AFC Women’s Asian Cup on Thursday, barging into the quarterfinals and moving a win away from a historic FIFA Women’s World Cup berth.

The Filipinas asserted their aggressiveness early on and created several chances, eventually finding the back of the net six times to finish with a 2-0-1 win-loss-draw record in Group B of the tournament being held in India. 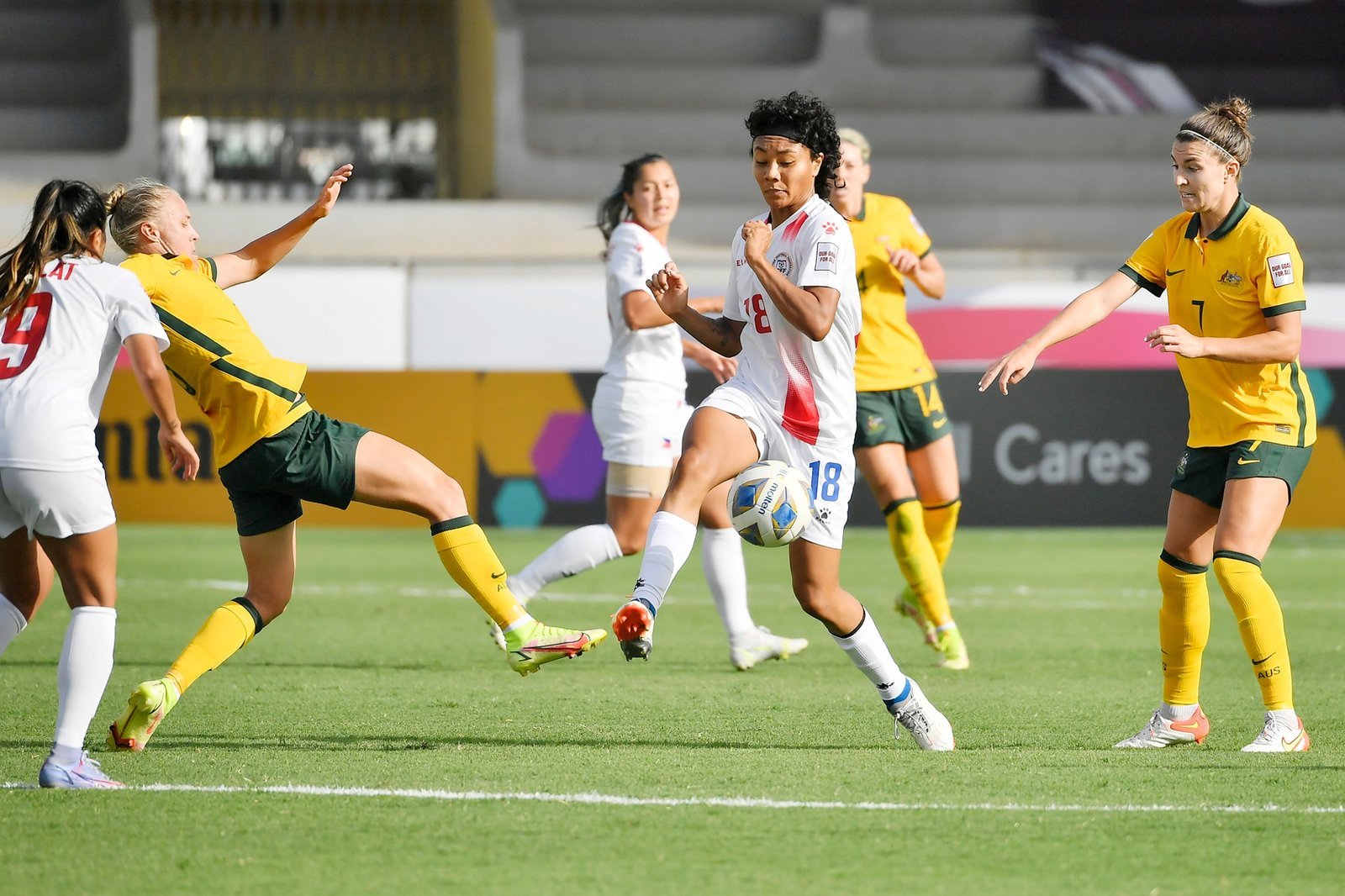 Midfielder Tahnai Annis was the standout in the match-long dominance by the women in blue as she finished with a brace, scoring twice in the second half alone — on the 56th and 82nd-minute marks.

Katrina Guillou opened scoring for the nationals right in the 6th minute, just mere moments after she missed an attempt off a rebound after a penalty likewise missed by Sarina Bolden in the 5th minute.

Bolden’s attempt had hit the bottom of the left goal post, denying her the opening goal.

But the Chifure AS Elfen Saitama striker would have her own moment minutes later, doubling the Philippines lead on an assist by Jessica Miclat in the 27th minute.

Miclat, who plays for Aris Limassol in the Cyprus top tier domestic league, would cap her splendid performance herself with a penalty conversion in the 74th minute.

And just when everyone thought it couldn’t get any better, starter Malea Louise Cesar closed the night in fashion, providing the sixth goal in the 4th minute of stoppage time.

Thailand, which the Pinays beat 1-0 last week in their opening assignment, also lost to powerhouse Australia, 2-1, allowing the Filipinas to finish second in Group B.

The Philippines will face world no. 39-ranked Chinese Taipei, runners-up of Group A, in the quarterfinals.

A win will guarantee the Filipinas a slot in the 2023 FIFA Women’s World Cup co-hosted by Australia and New Zealand.

Photo from the Philippine Football Federation Facebook page via AFC