But MPBL public address announcer Christopher Juliano, a veteran “barker” as the job is colloquially called in Philippine basketball, made sure to wait — raising both of his hands while looking at the referee to make his signal. 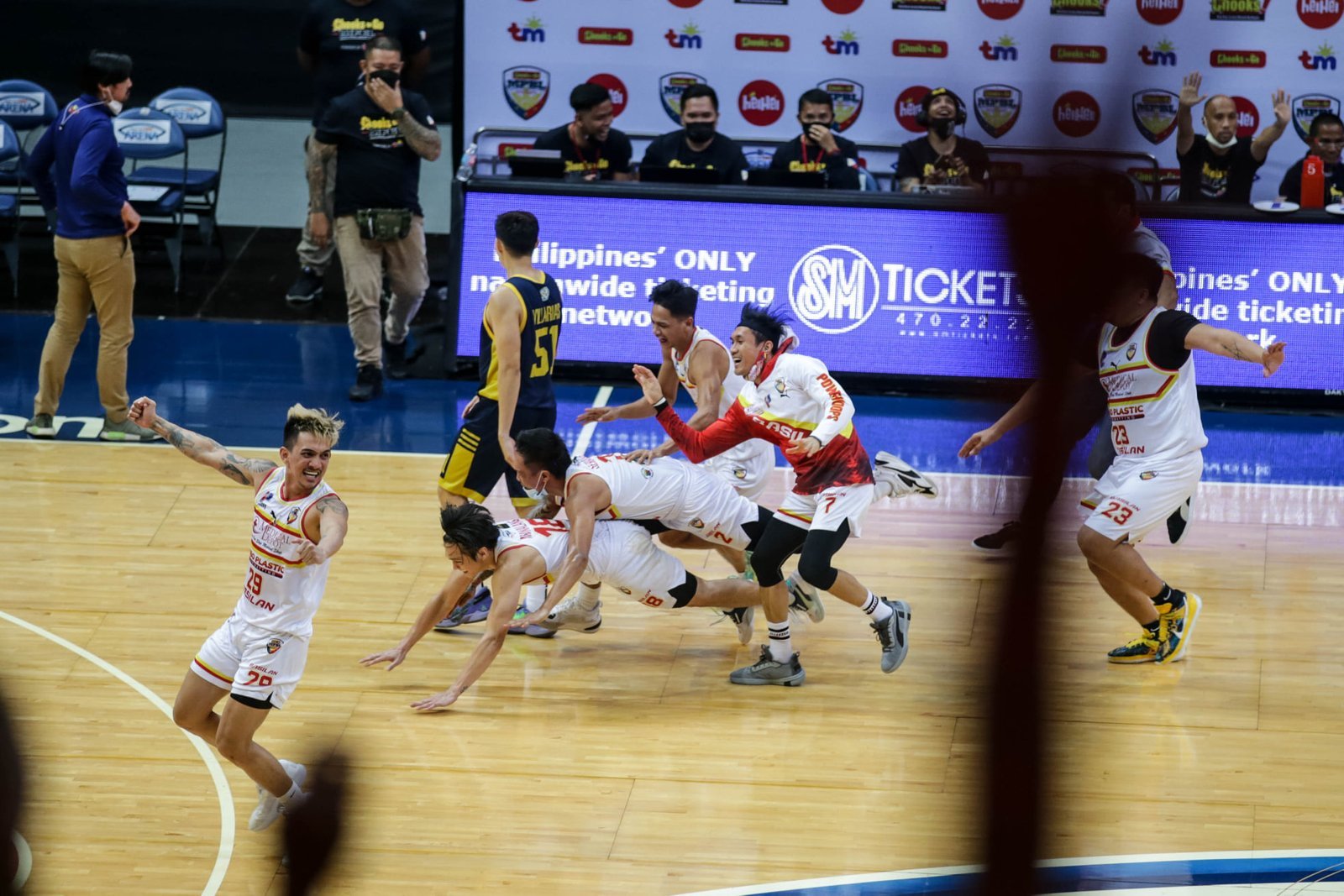 When the game officials finally deemed the incredible shot counted, Juliano held the microphone for one final time and left it all he got to declare Basilan as champions of the Chooks-to-Go MPBL Invitational powered by TM.

“At the end of the ball game, the final score: 80 for Nueva Ecija, 83 for the champions of the Chooks-to-Go MPBL Invitational powered by TM, your Jumbo Plastic Medical Depot Basilan!,” he exclaimed, ending in a climactic way another night in the office.

After more than a decade as a public address announcer for various sporting events, mainly basketball in the Philippines and in Southeast Asia, the man simply known by his nickname “Top” is officially signing off.

Being the Maharlika Pilipinas Basketball League resident barker since the inception of Sen. Manny Pacquiao’s hoops league, Juliano made the Chooks-to-Go MPBL Invitational powered by TM his swan song in the world of sports venue announcing.

In a few months time, he will be flying to Germany to continue his profession as a nurse, not just for himself, but also for his son who is about to enter senior high school.

In this one-on-one interview Juliano granted to Sports Bytes Philippines, the man behind the trademark “Ba-ba-ba-Balkman” from his duty as Alab Pilipinas’ resident barker, “Woooh!”, and “Uno, dos, tres!” relives his entire journey from a simple small town boy who had big hoop dreams, not knowing his passion for the game would take him to the world’s biggest arenas. 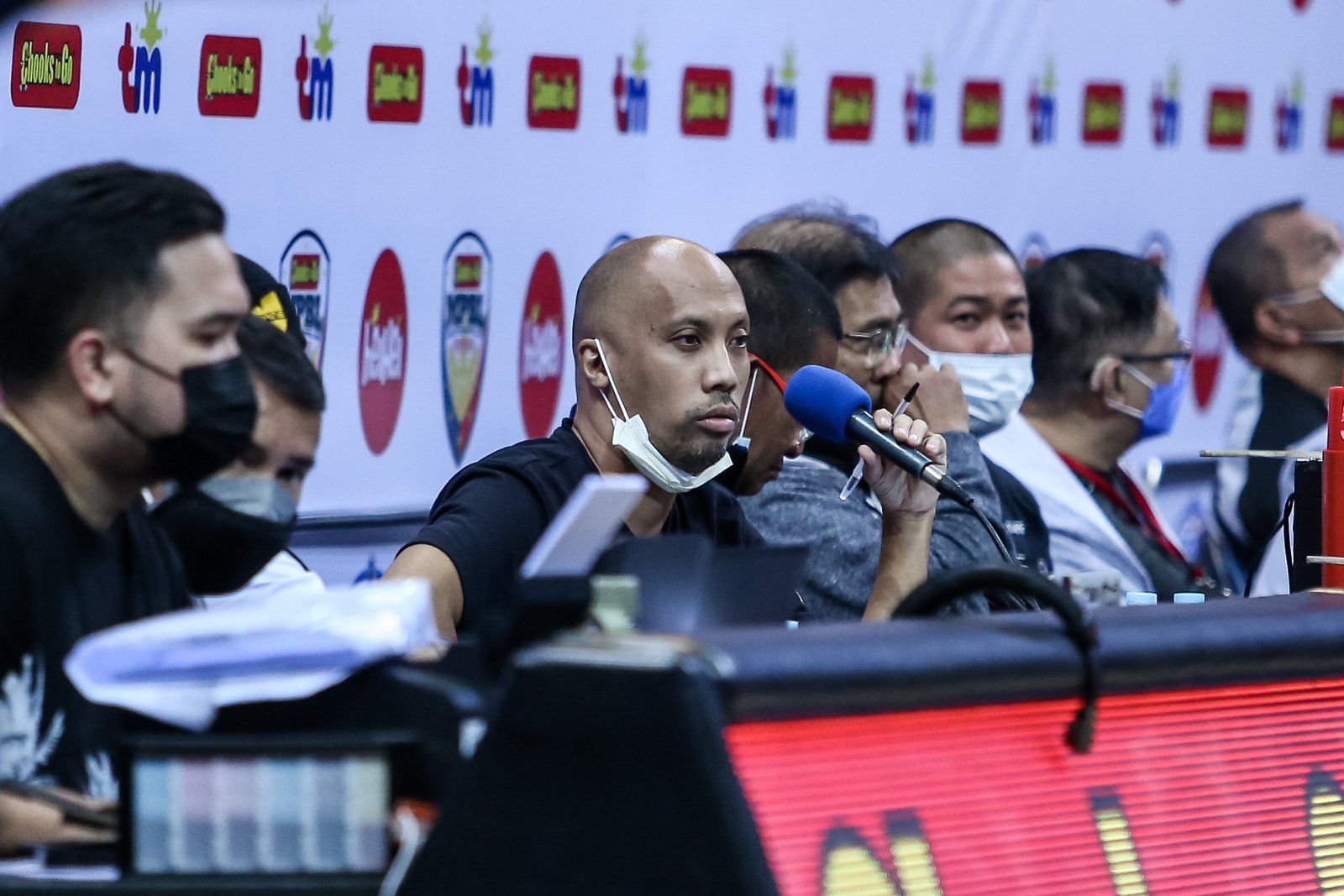 Editor’s note: This interview was conducted a day before the final of the tournament, where Basilan-Jumbo Plastic Medical Depot went on to win over the Nueva Ecija Rice Vanguards, 83-80 on a Philip Manalang buzzer-beating triple.

Sports Bytes Philippines: Let’s get right into it. You have decided that the MPBL Invitational would be your last announcing stint. What were some of the considerations you had to take before arriving with this final decision?

Top: Given the pandemic, I had to give priority to my financial security. Aside from that, everything went good with my application in Germany as a nurse, so I guess it’s also a sign to pursue that. My last game prior to the pandemic was on March 11, 2020 — Game 2 of the MPBL Lakan Cup finals. Four days after, the pandemic broke out.

SBPH: Let’s go back to where it all started. Liga Pilipinas, back in 2009.

SBPH: And the league folded, because of the failed merger with the then PBL. After that, what happened? 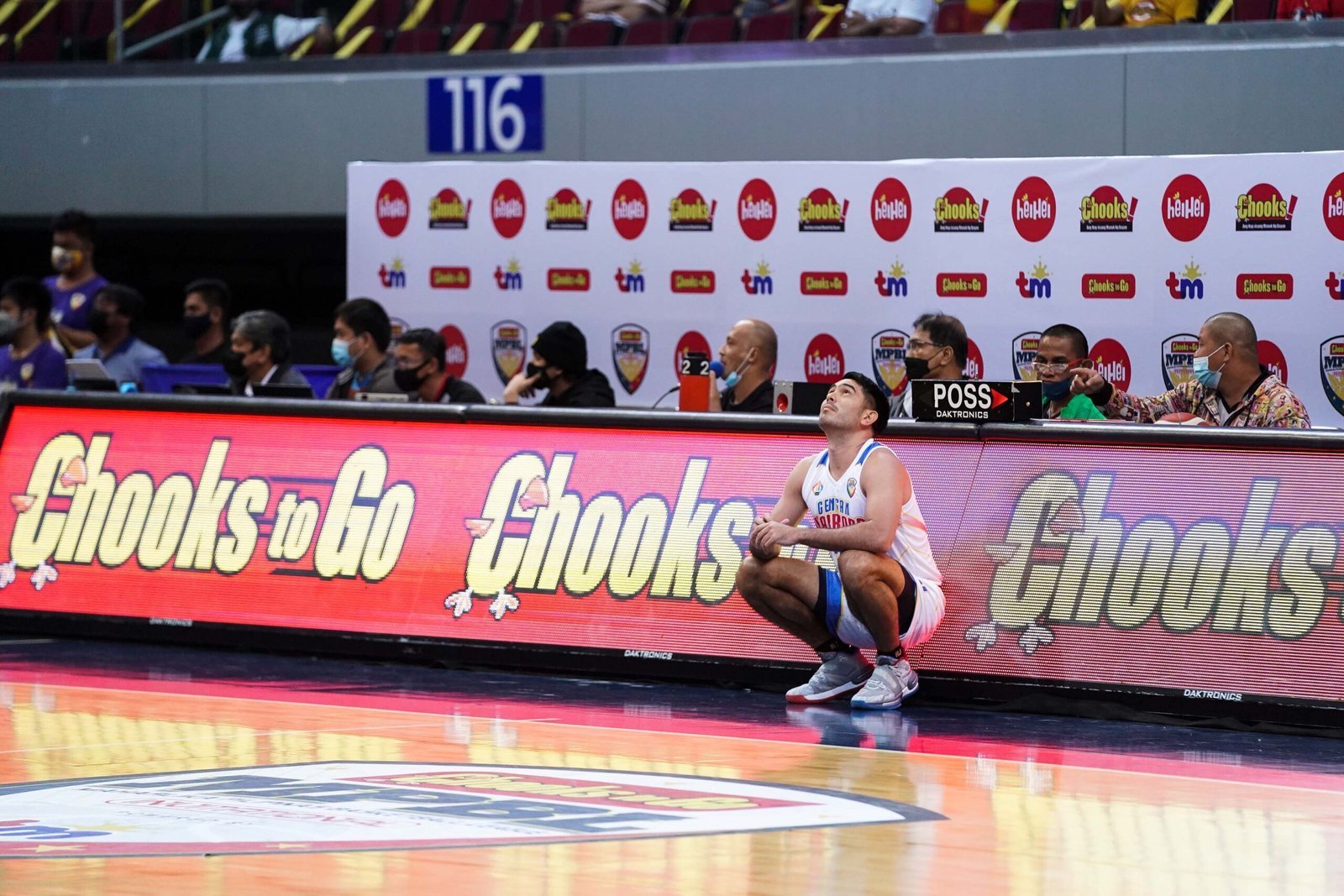 SBPH: This was the one at Ynares Sports Arena in Pasig, right?

SBPH: But going back to your gig at Ynares first… how did you feel given you were calling out the names of Asi Taulava, Eric Menk, and all those guys? And you were a big basketball fan.

SBPH: As we know, of course, the turning point why you decided to take this as a career in the first place was you were glued to the game.

SBPH: Let’s just say that without question, your stint with the ABL in 2013, that one game opened the doors for you, right?

SBPH: And as far as I can recall, during the 2015 calendar year, this was when you got into the UAAP and NCAA, in the women’s and juniors divisions, respectively.

SBPH: And it’s crazy to think that at around 2013, you’d buy tickets, dumadayo ka sa Metro Manila from Laguna para makanood ng games — just to get a feel of the games. You were really passionate about it.

Top: Kapag hindi ako umuuwi noong college, if may chance, I go to the PBA… PBL.

SBPH: How does it feel na naka-break in ka, given that… let’s face it, only a small percentage of people get into this mainstream level?

SBPH: Let’s talk about that… 2016 until 2019, right before the pandemic. There were so many leagues playing simultaneously, so they really needed more venue announcers.

SBPH: I see. So you really planned on becoming an OFW nurse even before?

SBPH: Ito na ‘yung sabay-sabay, the MPBL was born, and then you were also doing duties sa UAAP and NCAA seniors basketball. And then, I could recall there was one NCAA season where they took you as the fulltime barker. Binigay sa’yo. Lyceum-San Beda championship series. Talk about that.

SBPH: Growing up, was it just Rolly whom you tried to emulate, or there were others, foreign announcers?

SBPH: Would you say, your style was a combination of these guys? Did it become a problem having your own distinct voice or identity when it came to announcing?

SBPH: Talk about Rolly’s influence sa’yo. How was he, what were some of the advices he told you?

SBPH: How did you practice or create your own style?

SBPH: Now that you’ve mentioned Renaldo Balkman, let’s fast forward to the time where, here we go, you became Alab Pilipinas’ resident barker for their home games, and even for the other ABL squads because they wanted international standard announcing, straight English… and being the fluent English-speaking country in the region, they went to the Philippines for such talents. How was that ride?

SBPH: How was the constant traveling experience? Was it tiring, and all that?

SBPH: The Alab Pilipinas stint, this was really what got you in the ABL. Was it coach Charlie Dy who brought you or… ?

SBPH: How does it feel na in a way, you had the opportunity to be a bit biased as an announcer given the home and away format?

SBPH: How was your relationship with Balkman?

SBPH: Your signature Ba-ba-ba-Balkman, where did this come from?

SBPH: And I remember, some fans even made t-shirts with “Ba-ba-ba-Balkman” on them.

SBPH: And then, East Asia Super League. How did you end up there?

Top: Jutt Sulit and Cedelf Tupas, ‘yung kinuhang commentators, referred me to the tournament organizers. That was one of the best leagues. Organized. And of course, you’ve had former NBA players playing. Special kasi highly-organized. I forgot the names of the league’s bosses but they were connected to Yi Jianlian. Wala akong masabi. Tsaka best of the best ng Asia ‘yun eh. And siyempre wala rin akong masabi sa talent fee (chuckles).

SBPH: And then, the pandemic happened. You didn’t have a fulltime work like what you said, and then sports closed. How rocked were you?

SBPH: How did you cope up with, say, the first three months of the pandemic dahil sobrang uncertain talaga noong mga panahon na ‘yun? What was going through your mind?

Top: Oo nga. Nag-volunteer ako. Noong papunta, actually may kasabay naman kaming tumulong, isang Chinese doctor… and then we did blood pressure and so on. I was asked a question by the captain of the flight na kumbaga, is it safe for us to go straight to Canada or turn around and go to Japan first? Sabi ko naman, ‘based on my assessment, we can go’. So parang sign na rin.

SBPH: It’s like you were able to use your nursing education when you least expected it.

SBPH: Did you have any idea at all na magkakaliga na ulit noon, or were you surprised Mark called?

SBPH: What’s your favorite moment in the one decade of announcing at the mainstream level… anything that stands out?

SBPH: This is something Rolly always preached.

SBPH: So here we are, your last game… what’s going on through your head right now? No regrets? This is something I know you had planned for quite a while now.

Top: No regrets naman. Pero siyempre, nakakalungkot kasi bumabalik ‘yung basketball dito. But at the same time, it’s not for me, it’s for my son. Who knows naman, in the future, baka makabalik pa.

SBPH: But your plan when you get to Germany is… long-term?

Top: Long-term as a hospital nurse.

SBPH: So I guess, we will see you around.

Top: One for the road. What a ride.