One of the most noticeable aspects of the thrilling showdown was the presence of hundreds of Vanguards fans who trooped to the SM Mall of Asia Arena from the province itself to personally cheer the squad. As fans are being allowed by the tournament following the approval of IATF guidelines as well as greenlight from the Pasay City local government unit, the Novo Ecijanos traveled via buses chartered by team management headed by owner Bong Cuevas and Palayan City Mayor Rianne Cuevas.

And the team did not disappoint from the get-go. Buoyed by their roaring fans, the Vanguards raced to a 21-12 start behind Justin Gutang, Mike Mabulac, and Roi Sumang.

The Vanguards led by as much as 18 points but like the contenders that they are, the Knights naturally battled back and made the game competitive in the fourth quarter, making it also a showdown between fans from both sides from the stands.

Eventually, it was Sumang who delivered the game’s biggest shot: a dagger triple with 17 seconds left that gave the Vanguards a comfortable 87-81 lead, allowing them to top their group with an unblemished 3-0 record with one game to spare. 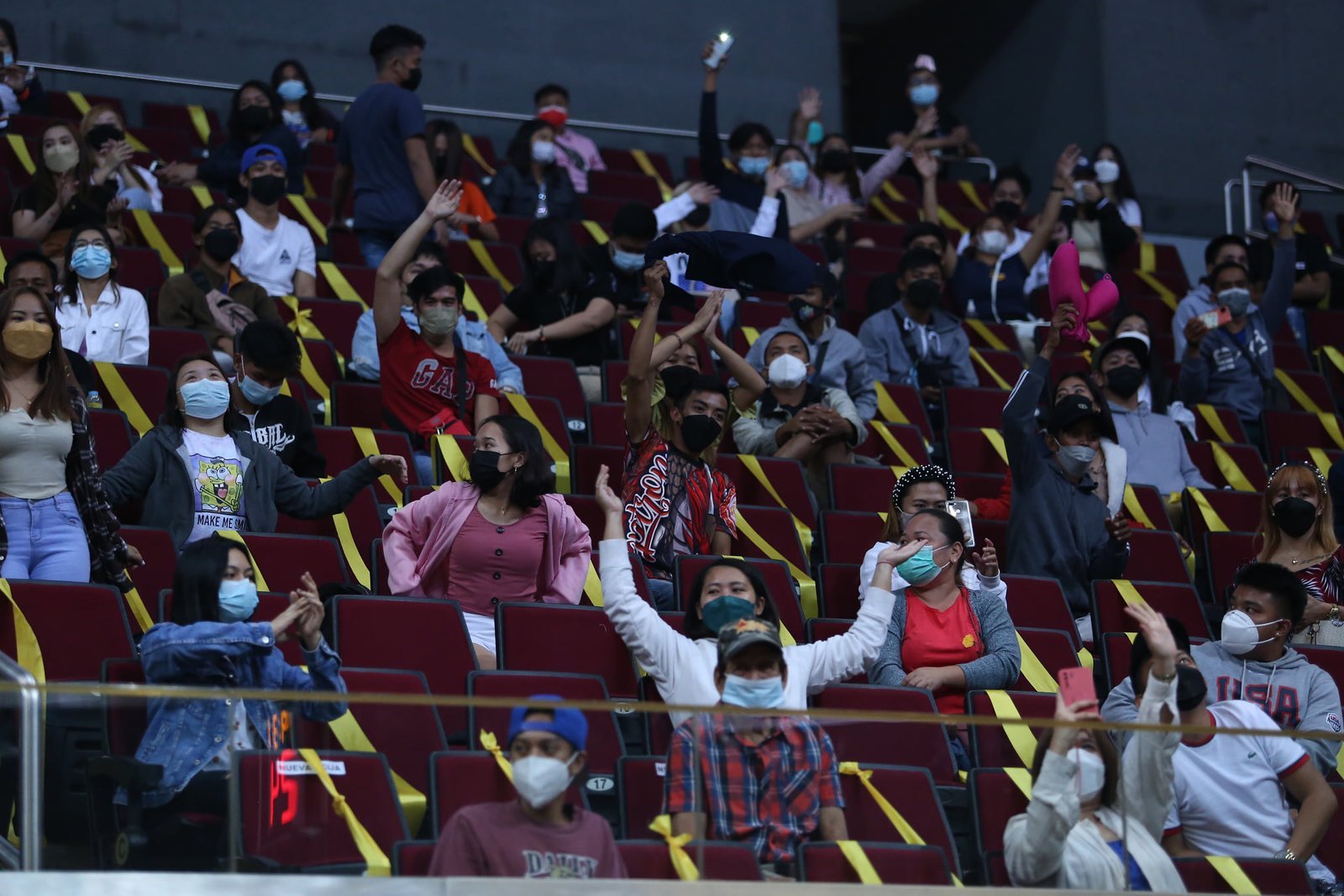 Later on, Sumang shared that being immersed in a sports atmosphere with fans egging on for the first time in almost two years provided a different feel for the Vanguards.

In between the two halves of their intense match, band Brownman Revival would also perform for the live audience. Among the other staples in the 13-day tournament so far that involves the fans are the chicken and chicken sandwich eating contests, halfcourt shootouts which come with a grand prize of 50,000 pesos, and even free shirts.

As the first league to re-allow fan presence in sports events following the pandemic situation, the MPBL has shown fitting gimmicks to welcome basketball fans warmly and make them feel at home again.

Last week, the PBA has also re-welcomed fans back to the Smart-Araneta Coliseum, while the schedule for the Christmas Day Manila Clasico showdown between Barangay Ginebra San Miguel and Magnolia Hotshots Pambansang Manok has also been announced, an expected treat for hoops followers in the new normal.