The Chooks-to-Go Maharlika Pilipinas Basketball League (MPBL) Invitational tournament being held at the Mall of Asia Arena in Pasay City became the first professional sports league in the country to re-open its doors to the general public after the COVID-19 pandemic.

In the earlier parts of the global pandemic’s timeline, sporting events have been played inside closed arenas and stadiums everywhere in the world before countries slowly transitioned into the new normal by letting fans watch games again.

Now, the Philippines is getting its first look at how venues look like with fans back.

For the MPBL tournament, fans are required to be fully vaccinated, and are staying at the lower box area of the MOA Arena. The Pasay LGU has set a 50 percent capacity for the MPBL’s operations, or up to 7,500 fans.

On Wednesday, December 15, the PBA will next open its doors for fans when it returns to the Smart-Araneta Coliseum.

PBA fans will likewise be required to bring their vaccination cards as proof, wear face masks, and observe a two-seats apart arrangement.

Although not jampacked yet, it’s a refreshing scene to see fans finally being able to cheer for teams, clap, make noise, do the wave, and more.

the MPBL also had some giveaways for fans, reminiscent of the pre-pandemic days.

With the Philippines slated to host some international events next year, like the FIBA World Cup Asian Qualifiers in February, and the Volleyball Nations League later on, it’s great to sports slowly getting back to the way it used to be somehow.

Here are some photos of the Chooks-to-Go MPBL game days, courtesy of the league. 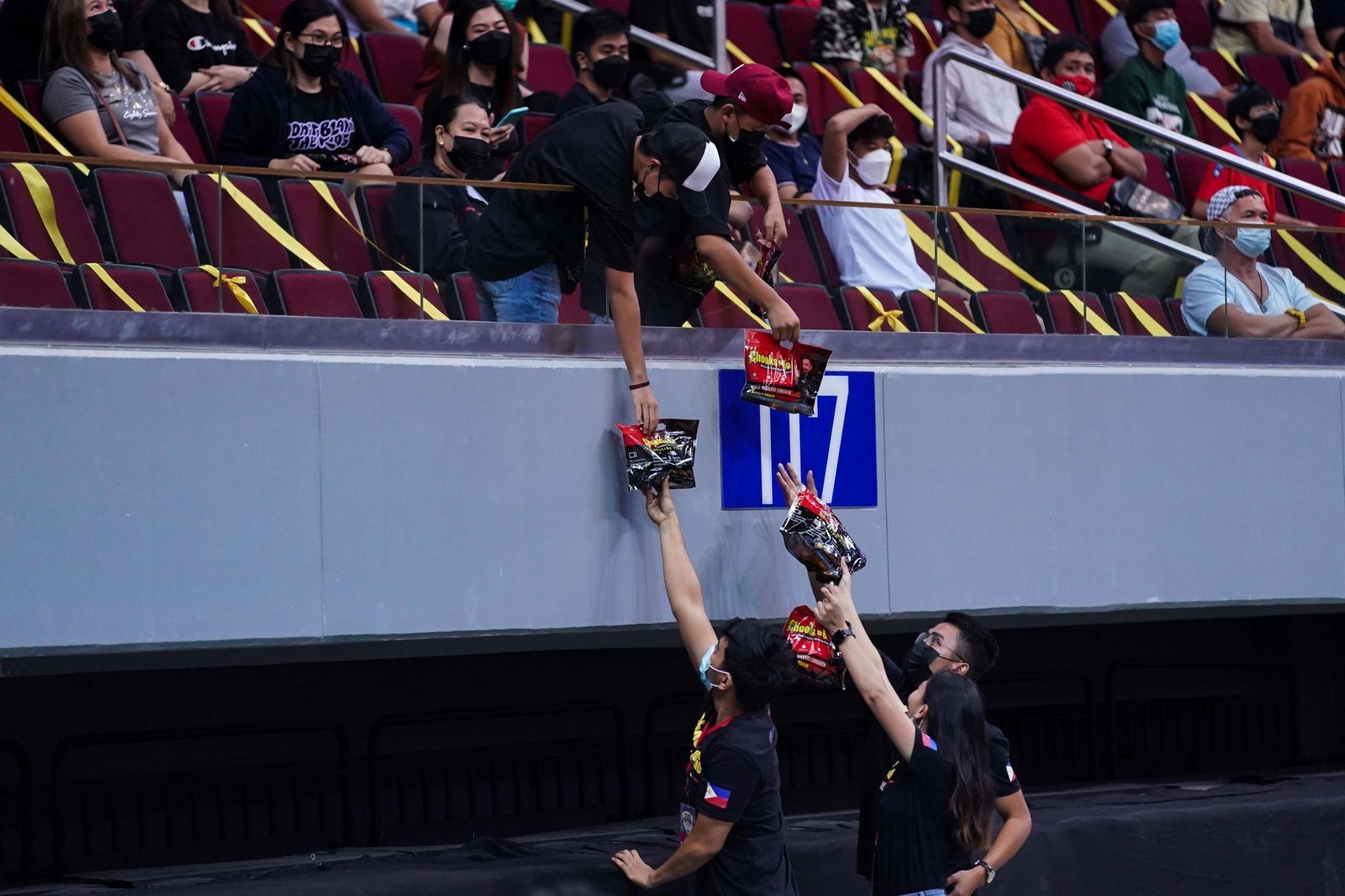 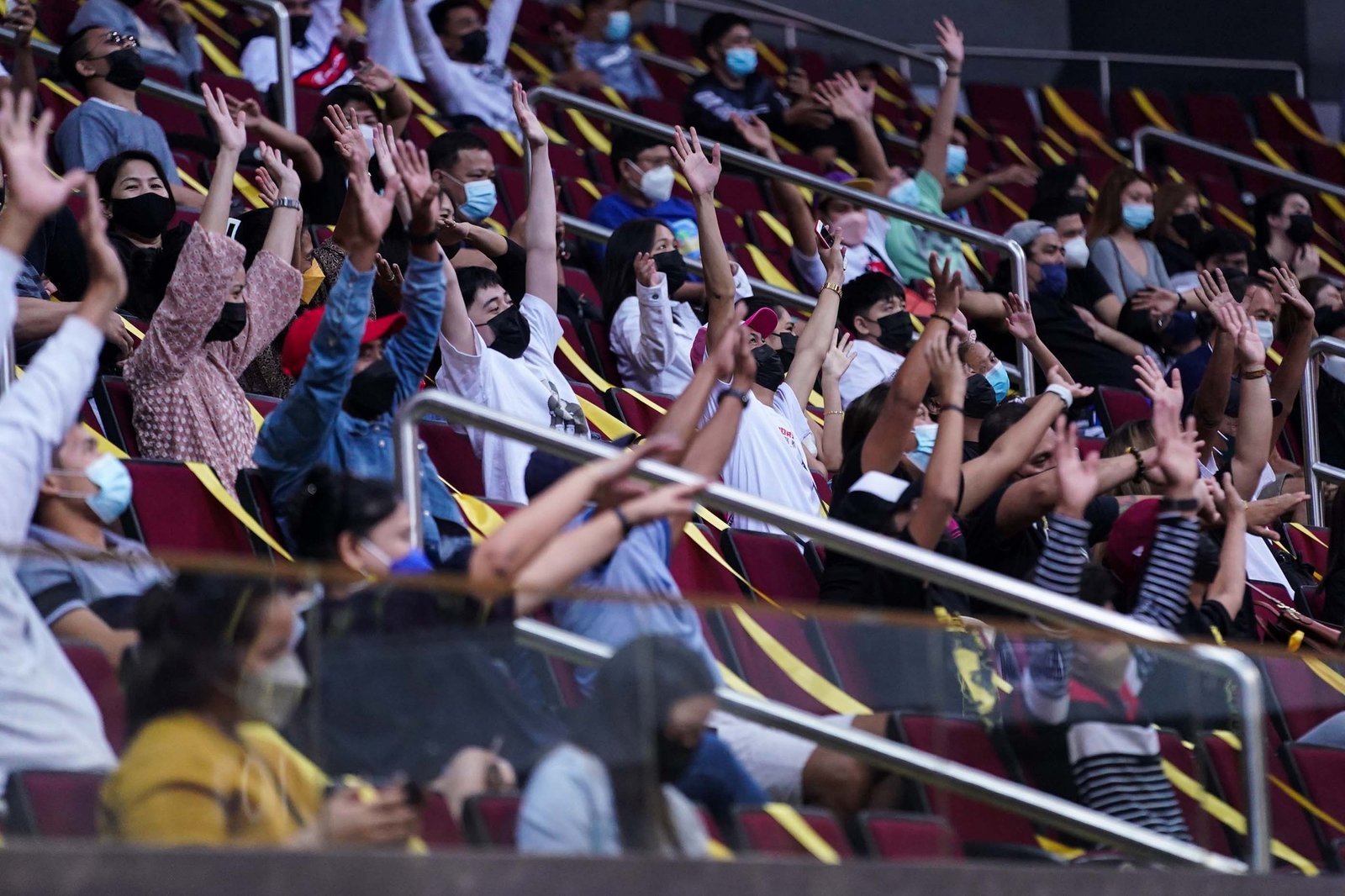 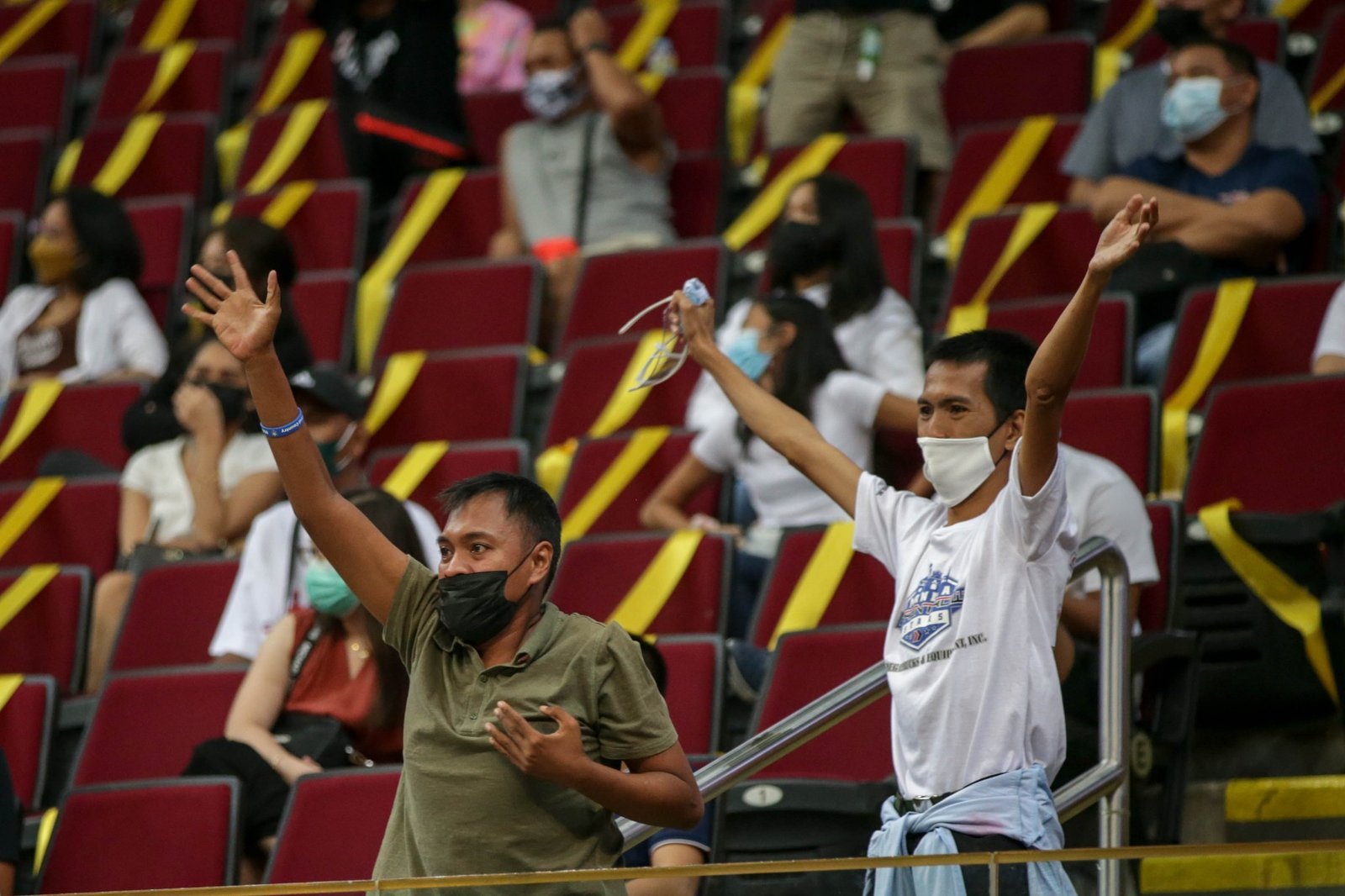 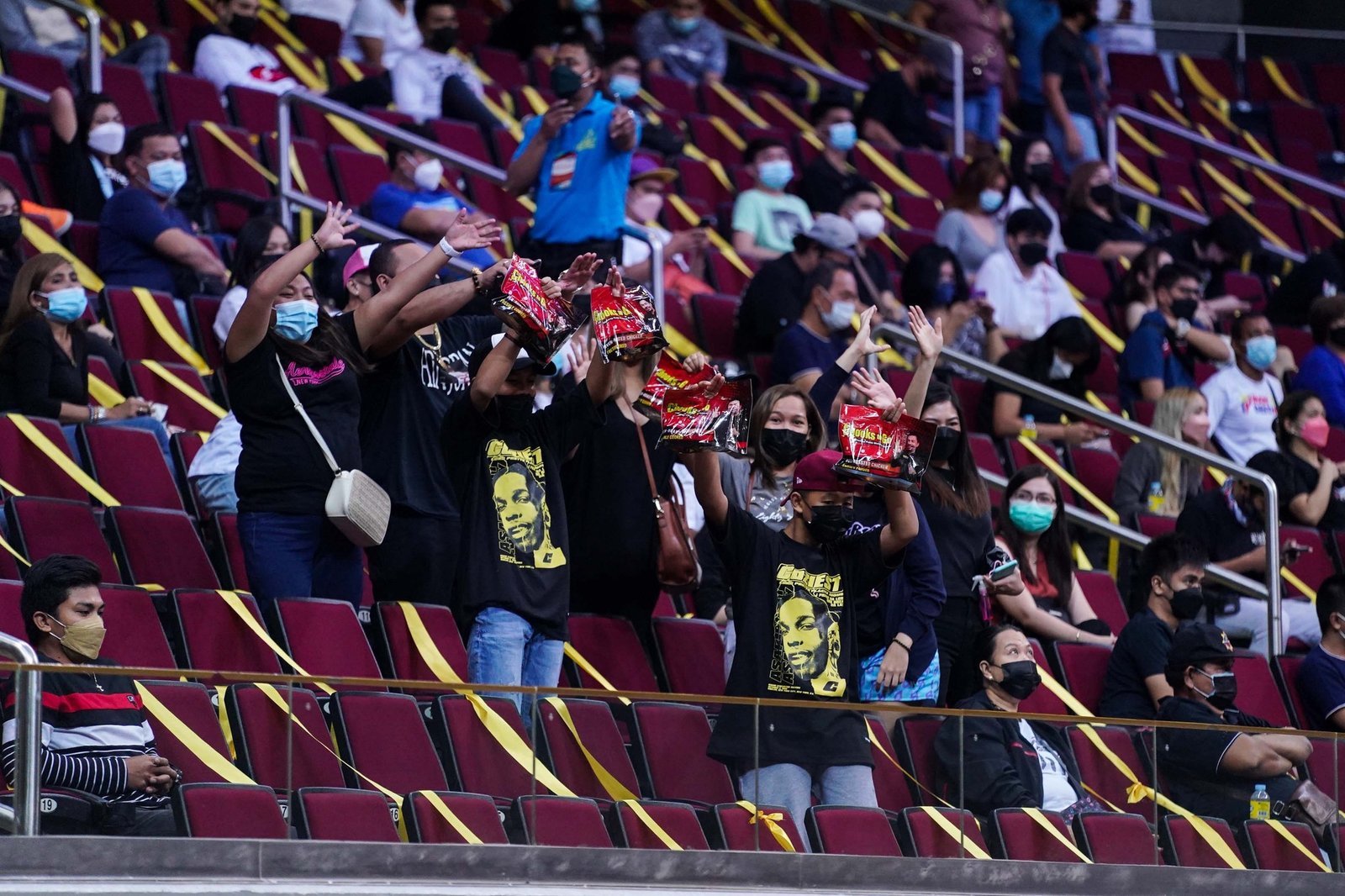 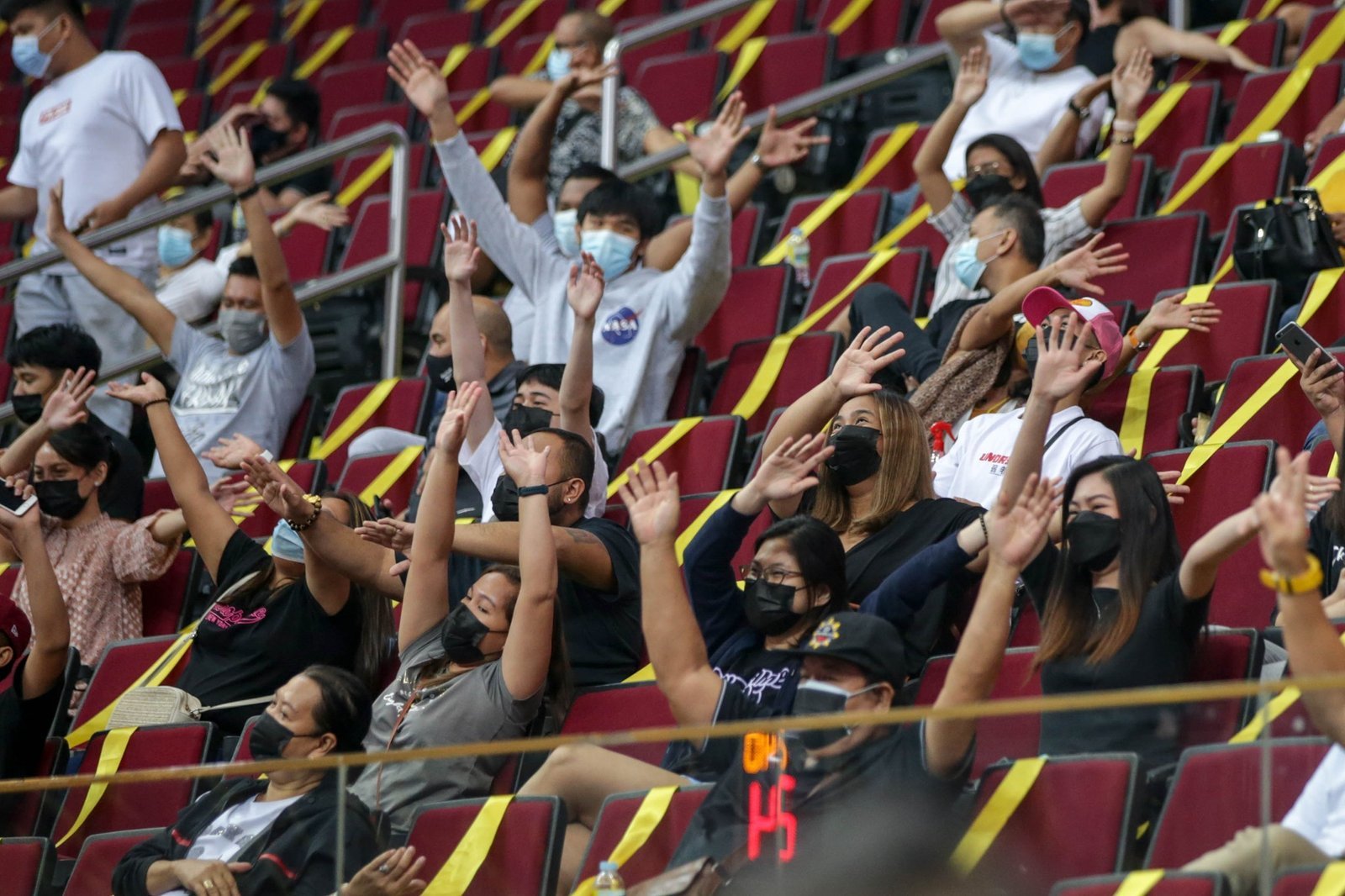