Kobe Paras gave a good account of himself in his Japan B.League debut, scoring 25 points to lead the Niigata Albirex BB in spite of an 85-81 loss in its season-opener to Kyoto Hannaryz on Saturday at the City Hall Plaza Aore, Nagaoka.

The 24-year-old former UP Fighting Maroon scored 20 of his scoring total in the first half alone and made four triples for a great first impression in his professional debut. He also dished out four assists in 33 minutes of play. 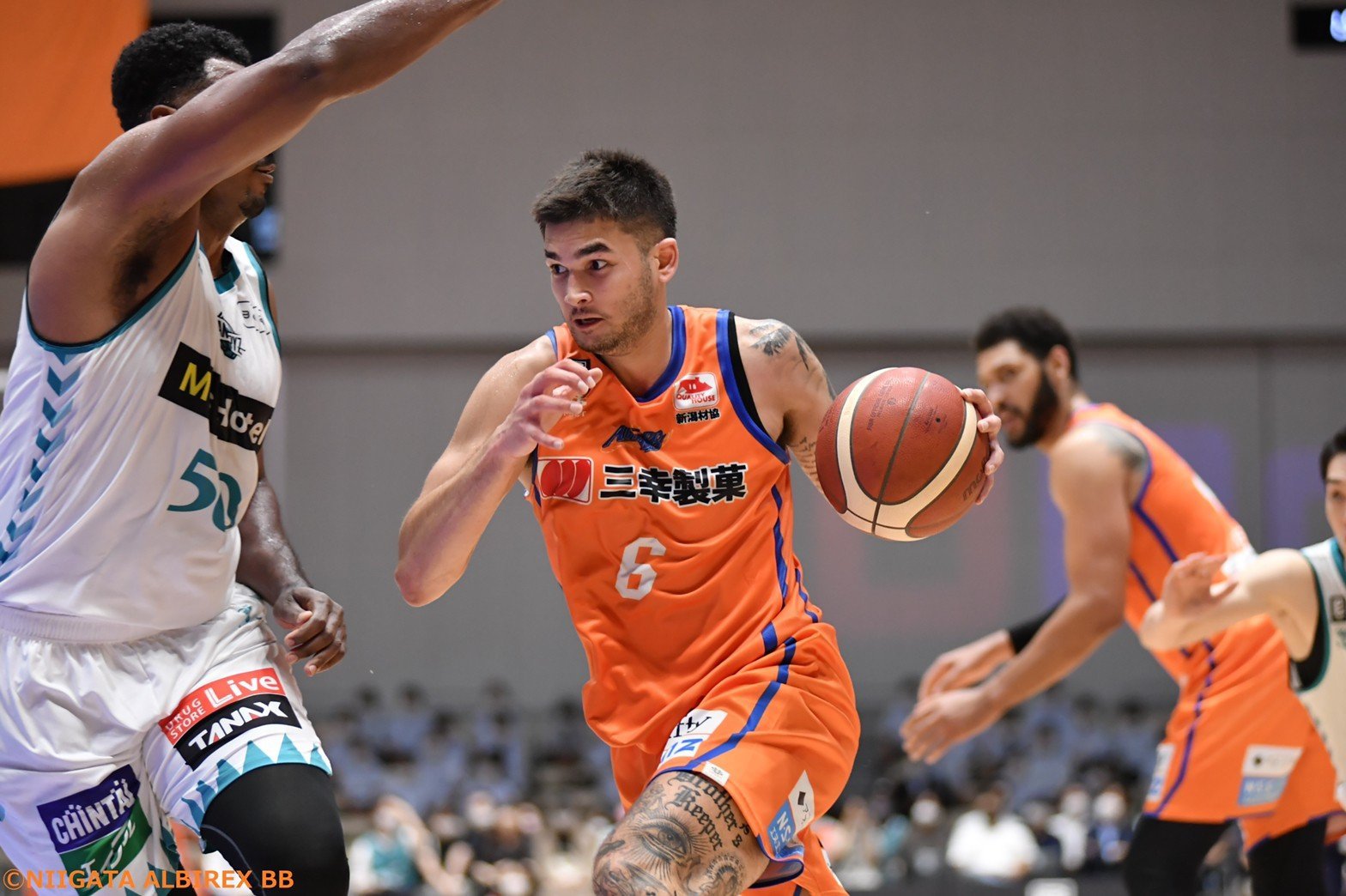 Albirex trailed 31-19 after the first quarter, before a 31-10 second period onslaught gave them a comfortable halftime lead.

From there, it was back-and-forth until Kyoto snared the upper hand towards the end of the game. The two clubs will face each other again tomorrow.

Meanwhile, Javi Gomez de Liano did not suit up in the Ibaraki Robots’ 84-63 loss to the Akita Northern Happinets due to safety protocols.