The losing streak continued for Philippine teams as Rebisco was dominated by Thai powerhouse club Supreme Chonburi, 3-0 in the 2021 AVC Asian Women’s Club Volleyball Championship on Saturday in Thailand.

The three-time Thai domestic league champions and current third-placers made quick work of their Filipina counterparts, scoring lopsided set scores, 25-11, 25-16, and 25-16 to improve to 2-0 in Pool B. 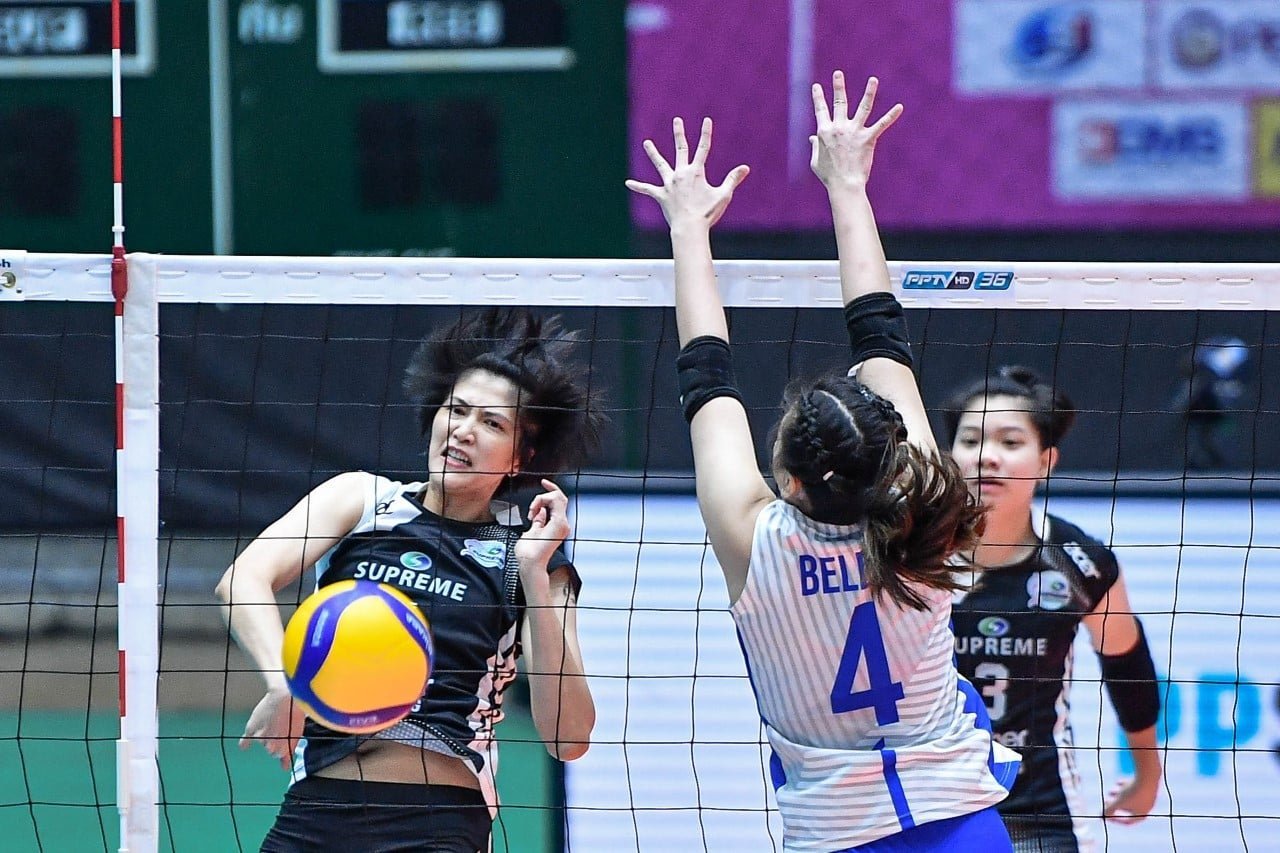 The younger Filipina squad did its best to challenge Supreme Chonburi, tying the score at 9-all early in the second set, but the latter managed to break loose and prevail towards the end.

Then in the third, Supreme Chonburi, which featured prominent superstars like Pleumjit Thinkaow, Soraya Phomla, and Wilavan Apinyapong were simply too much to handle, running away with an easy closing set.

Dindin Santiago-Manabat, Jema Galanza, Ivy Lacsina, and Rhea Dimaculangan all saw action in the match after others were finally cleared to play.

Rebisco will round out its preliminary group campaign against Saipa Tehran of Iran tomorrow, Sunday.

The Iranian side lost in four sets to Supreme Chonburi last Friday.