As Filipinos celebrate Hidilyn Diaz’s historic gold medal win in the Tokyo 2020 Olympics weightlifting event and her tedious path towards the victory, another Olympian has been brought up to conversations: Michael Christian Martinez.

The figure skater posted back in April 2021 a fundraising campaign that aims to help him financially as he tries to qualify for the 2022 Winter Olympics to be held in Beijing, China. 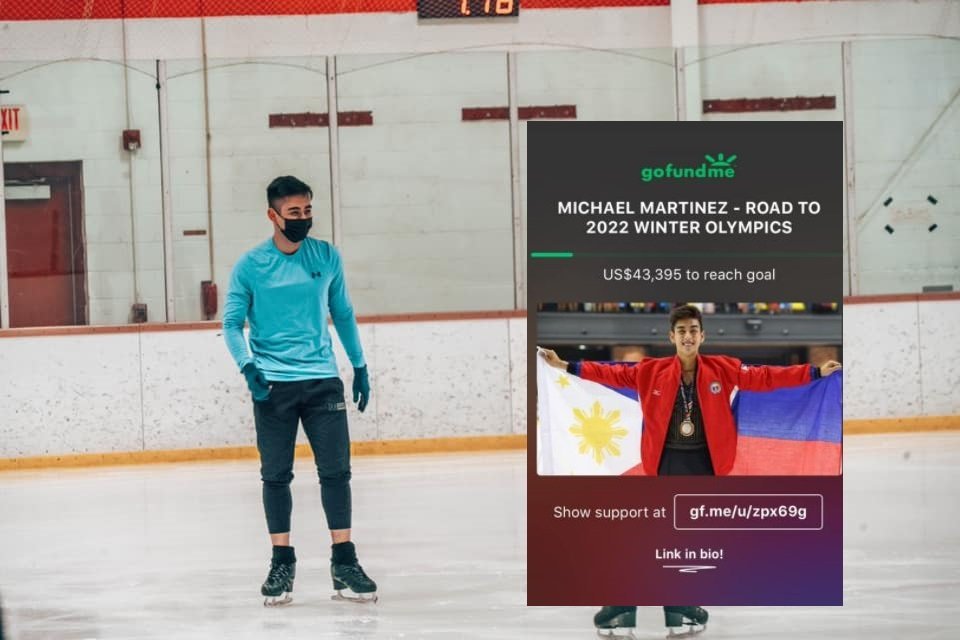 Martinez’s Facebook post made recent rounds on social media anew, as netizens brought up Diaz’s similar request for financial help back in 2019, when the weightlifter cited financial difficulties as she wanted to make the Tokyo Olympics.

Diaz has since trained in Malaysia from the onset of 2020, battling various challenges to bring home an Olympic gold for the country.

Martinez made his ice-skating Olympic debut back in Sochi 2014, where he finished 19th overall. He also participated in the Pyeongyang 2018 Winter Olympics, ranking 28th.

In his post, the now 24-year-old Paranaque native revealed being “back on ice” after taking a hiatus after the 2018 Winter Games, and shared details of his GCash account and a corresponding GoFundMe link.

Martinez also mentioned the Nebelhorn Trophy 2021 competition which shall be held in September this year.

“To prepare for the Winter Olympics Qualifying Event: NEBELHORN TROPHY in September 22 to 25, 2021 in Germany, I am currently doing an intensive training in Russia with my coach Nikolai Morozov who is one of the top international figure skating coaches,” Martinez wrote.

“My team and I have organised a fundraising campaign called MICHAEL MARTINEZ – Road to 2022 Winter Olympics to help out with some the training expenses for the reason that I currently don’t have sponsors yet. So I am humbly reaching out to you to join me on my journey towards the 2022 Winter Olympics and bring recognition once again to the Philippines.”

The said event will serve as a qualifying event for him to be able to make his third Winter Olympics appearance.