The Philippines gave the world no. 5-ranked team some fits throughout the game, playing determined and being able to go toe-to-toe against the powerhouse squad. 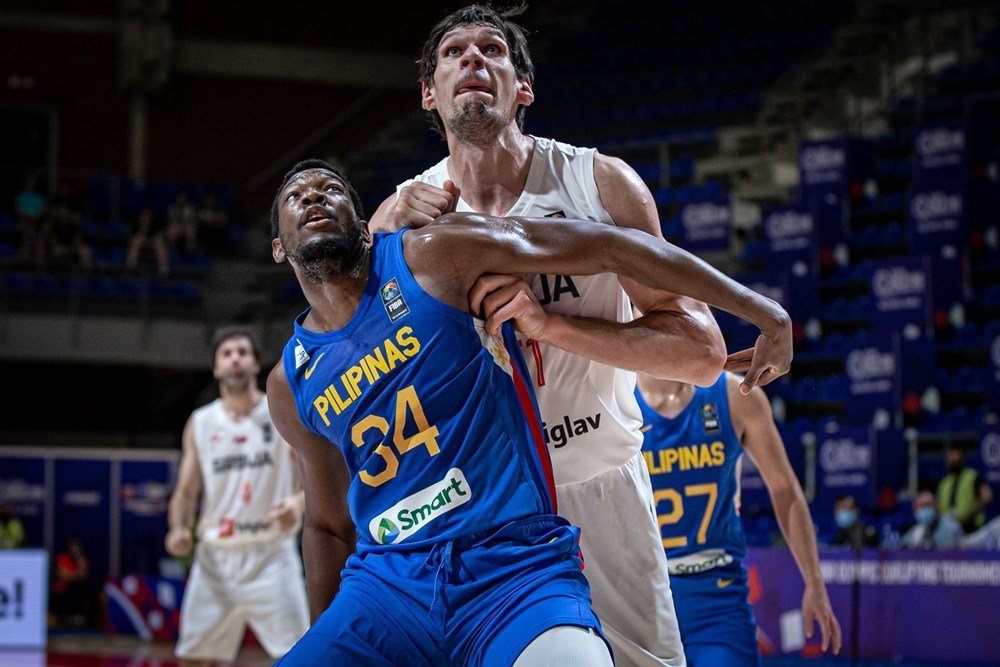 Boban Marjanovic had a stellar performance, scoring 25 points on 67% shooting and grabbing 10 rebounds.

Gilas trailed by as much as 14 in the first half but battled back with a strong third quarter, eventually tying the game at 67-all in the fourth.

Later, an RJ Abarrientos lay-up pushed the nationals ahead, 74-73.

However, Marjanovic continued to impose his big presence with easy baskets underneath, the last being a hook with 36.6 seconds left to make it 81-76.

Gilas had the same assists as Serbia, 21 apiece, and gave up only four rebounds to the perennial international heavyweights, 35-39.

Dwight Ramos, who is still nursing a groin injury, did not play.

The nationals will face Dominican Republic tomorrow in a do-or-die game where the winner advances to the tournament semi-finals.