The Serbian big man became only the 3rd European player to win the plum after Giannis Antetokounmpo and Dirk Nowitzki, and only the 6th international player overall. 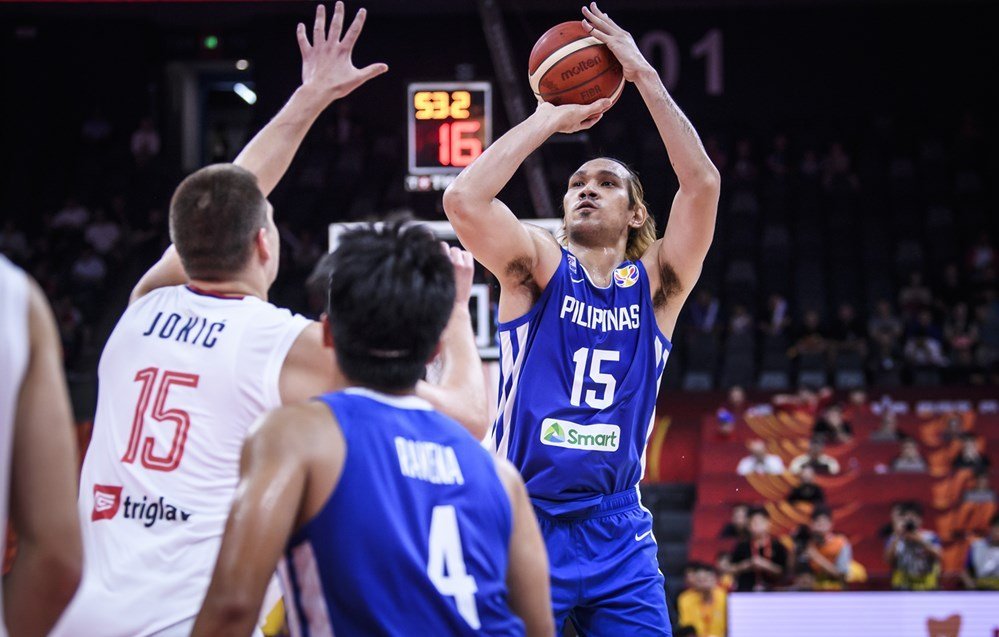 Which makes it all the more interesting looking back when Jokic and the rest of Serbia battled Gilas Pilipinas two years ago in the 2019 FIBA Basketball World Cup in China.

Jokic shared some time on the floor with PBA’s very own 6-time MVP award winner June Mar Fajardo, in an intriguing duel of big men from different sides of the globe.

Filipino fans wanted to see how Fajardo could hold his ground against the finest bigs in the planet.

For comparison, Jokic finished with an efficient 11 points on 5/5 shooting, 7 rebounds, and 7 assists in just over 18 minutes of play off the bench.

In contrast, the San Miguel Beermen center posted 8 points and 6 boards in over 19 minutes of action, making 3/7 from the field.

After the game which Serbia dominated, 126-67, Fajardo was even seen trying to have his shoes signed by the NBA veteran.

Those were good times indeed and moments that will be difficult to replicate in the future for Gilas.