Gilas Pilipinas will be in a tough group when the 2022 FIBA Asia Cup in Indonesia commences starting on July 12.

The Philippines was drawn in Group D with New Zealand, Lebanon, and India in the continental championship that was originally supposed to take place last year. 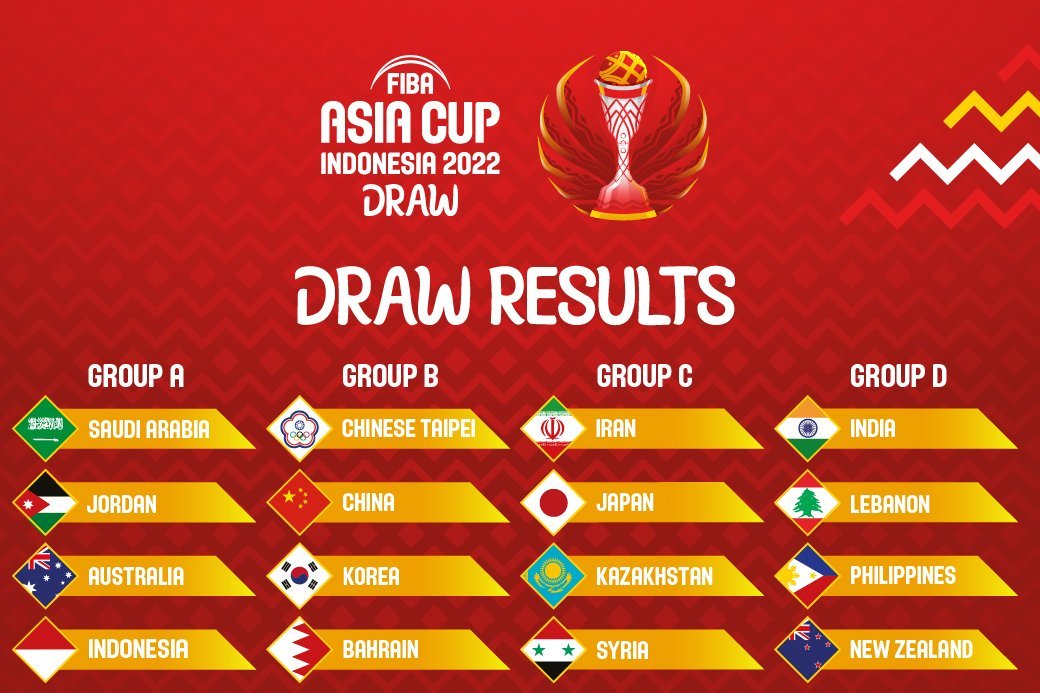 The host nation, meanwhile, drew powerhouse Australia along with Jordan and Saudi Arabia in Group A.

In Group B are China, South Korea, Chinese Taipei, and Bahrain while in Group C are Iran, Japan, Kazakhstan, and Syria.

While technically a no-bearing tournament for Gilas in its build up for the 2023 FIBA Basketball World Cup, participating in the Asian championship will be a crucial part of its continuity leading to the World Cup next year.

The Philippines will also play in the Southeast Asian Games slated in May in Hanoi, Vietnam, and the 2022 Asian Games in China later this year.

Coincidentally, Gilas is playing India and New Zealand as well in the 2023 FIBA World Cup Asian Qualifiers second window, giving the squad a glimpse of the two nations right away.

As for Indonesia, at least an eighth-place finish in the FIBA Asia Cup will guarantee its participation in the World Cup. Otherwise, it will only be hosting the international meet.

The top squad in each of the four groups will advance automatically to the quarterfinals while the second and third-placed teams will battle for the remaining quarterfinal slots.