The 7-foot-3 Filipino center got an entry pass underneath and quickly attempted a lay-in; he got foiled but got his own miss before patiently timing a one-hand throwdown over the Melbourne frontcourt defense.

The dunk also jumpstarted a 9-0 run for the home side which enabled them to cut the halftime deficit to only 44-51.

Sotto had two points, two rebounds, one steal, and one block in over six minutes of play in the first half, and was a plus-7. 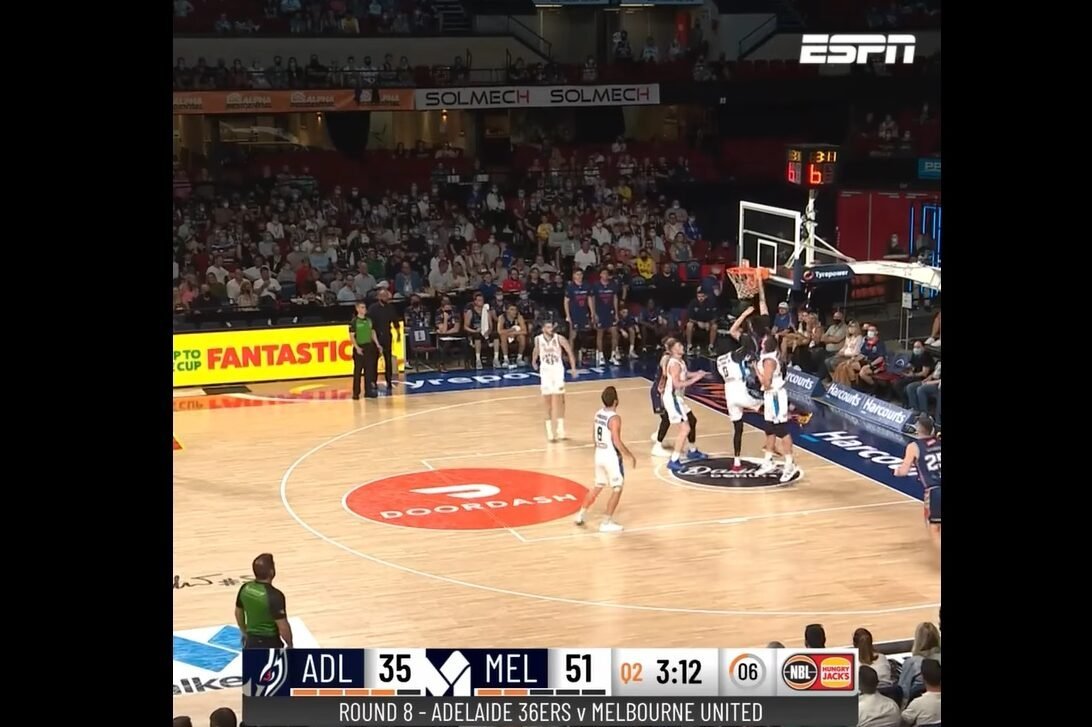