On Tuesday, December 14, the former UP Fighting Maroon was back at it in clutch time, finishing with 18 points, five rebounds and three steals in Val City MJAS Zenith’s 76-72 win that spoiled the debut of the Muntinlupa Cagers in the Chooks-to-Go MPBL Invitational powered by TM. 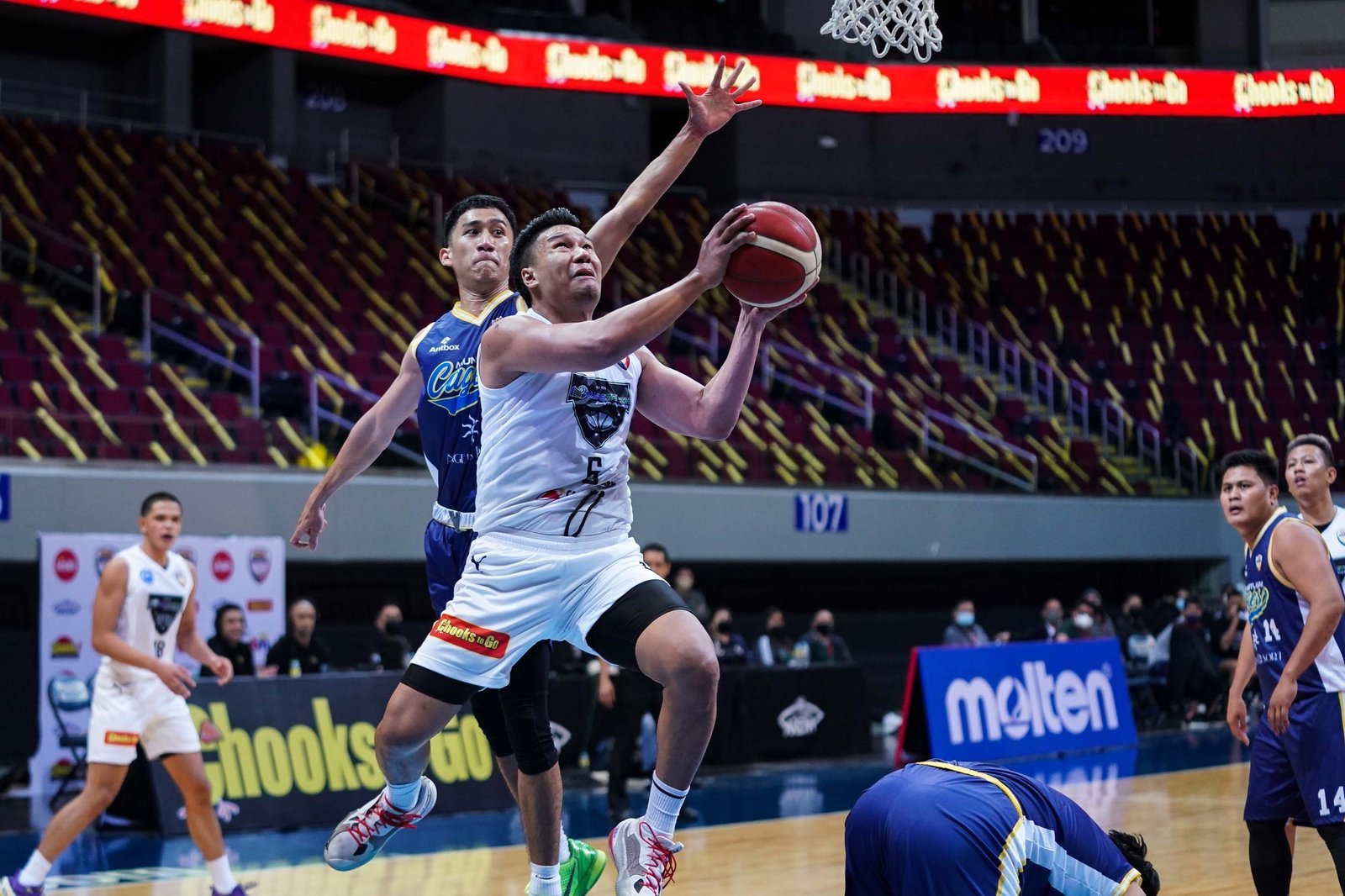 Moralde first hit two free throws which pushed Valenzuela ahead, 71-67 with over a minute left. Later on, he converted on a toughly-contest acrobatic up-and-under lay-up underneath to make it 73-69 that pretty much secured the victory for his squad.

Pressure-packed situations are nothing new for the 6-foot-3 wing man, and in the precarious moments throughout the end game against the Cagers, Moralde treated it just the same way.

Of course, being involved in big moments also has its downside. Moralde knows this all too well.

During the 2021 Pilipinas VisMin Super Cup Visayas leg, Moralde’s then MJAS Zenith Talisay Aquastars swept the elimination round with a perfect 10-0 slate for an outright finals berth.

However, in the best-of-three championship series, they were stunned by eventual winners KCS Computer Specialist Mandaue City, 2-1.

It was an experience that even Moralde’s teammate, Patrick Cabahug, described as a “nightmare”. But it’s also those heartbreaks that toughen the likes of Moralde, who draws inspiration from such moments to deliver in the clutch.

In a way, it was the same approach Moralde used following a lopsided 97-64 loss to the San Juan Knights Go For Gold AICC the other day, where he let go of the past immediately but took key points from it to turn into something more positive.

It’s that mentality from the veteran where people can expect more memorable clutch performances from him in games to come.