Gilas Pilipinas women suffered a huge blowout loss at the hands of China, 143-52 on Monday in their 2021 FIBA Women’s Asia Cup Division A opening assignment at the Prince Hamza Sport Hall in Amman, Jordan.

China, the world no. 7-ranked women’s team and a perennial Olympic contender, paraded the core of their 2020 Tokyo Olympic roster in the tournament, handled business easily in their opener with eight players finishing in double-digits. 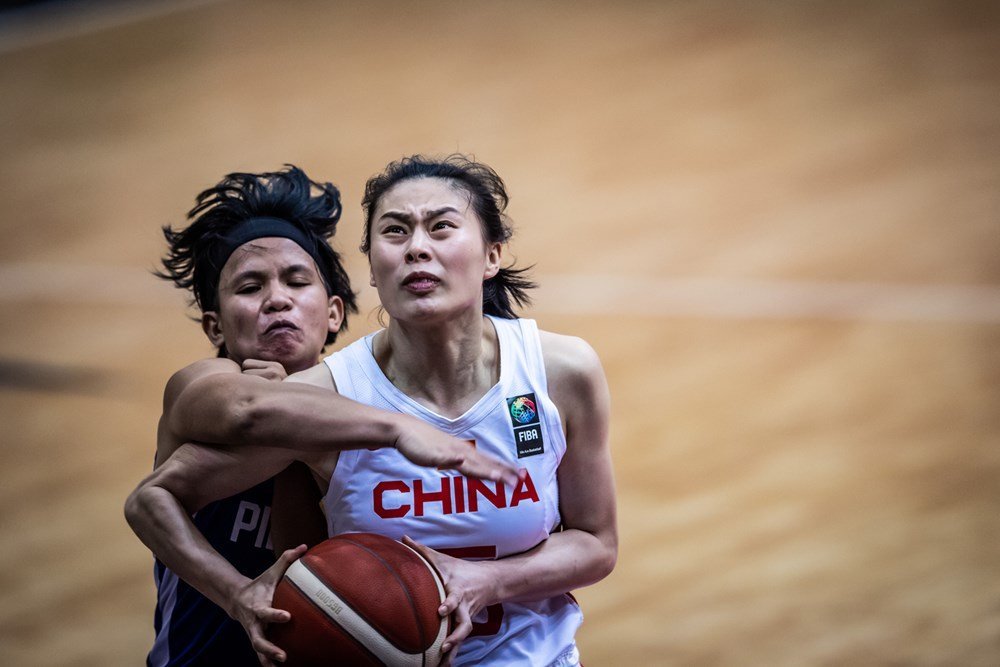 China shot an efficient 66.7% from the field, and had 40 free throw attempts. They also tallied 52 assists and posted a 55-23 difference in rebounding.

Gilas kept it competitive early on, trailing by only five, 10-15 behind a couple of outside shots, before China pounced on the interior and took advance of the Filipinas’ foul trouble early on.

The towering Chinese crew also applied backcourt pressure on defense, to race to a 69-29 halftime lead.

Problems compounded for Gilas in the third frame, when their lone center, Clare Castro, picked up her fourth personal foul which forced the national team to go small throughout.

However, coach Pat Aquino’s team shot a collective 30.9% from the floor, and only 6/24 from three-point area.

The Philippines will tackle another powerhouse team in Australia next on Tuesday (Wednesday 12 midnight, Manila time) in the group phase.