With a 96-84 win over Blackwater Bossing on Sunday, the Terrafirma Dyip have suddenly become unstoppable with a three-game winning streak in the 2021 PBA Philippine Cup.

The Dyip, once in the cellar with a 0-4 record, went on to slay giants San Miguel and Barangay Ginebra consecutively, thanks in large part to Juami Tiongson who exploded for 59 points combined in those back to back victories. 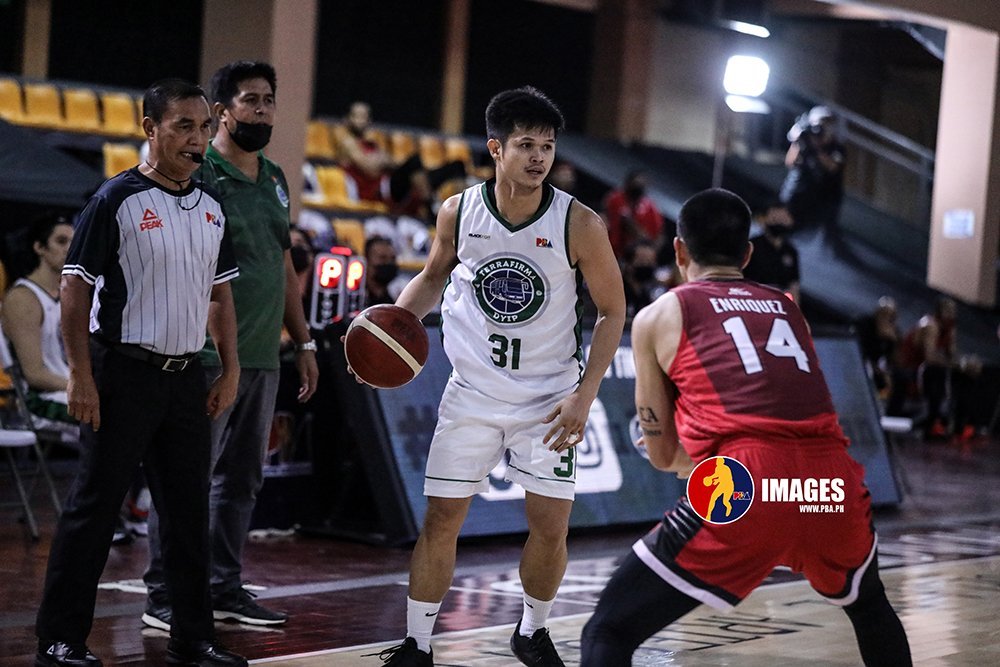 Against Blackwater, Reden Celda was one of the stars of the show, finishing with 15 points, six rebounds, and four assists to help the Dyip improve to 3-4 overall in the team standings.

Celda said one of the things head coach Johnedel Cardel has been preaching is to treat each game as if it were a championship, to help the squad prepare mentally.

Cardel himself said that no matter which team Terrafirma faces, their game plan remains the same: respect the opponent and prepare well.

“Same thing we practice every day, focus on practice, focus on the team na makakalaban namin. Lahat ng team sa PBA, malakas ‘yan. We should really respect them all,” the tactician said.

Putting themselves into a more desirable situation with four games left, it looks like the Dyip is out to challenge more teams as they search a respectable finish in the conference.