Gilas Pilipinas leaned on its hot three-point shooting to pull away and beat Saudi Arabia, 77-62 on Tuesday to pick up its first win in the 10th King Adbullah International Cup 2021 in Amman, Jordan.

The Philippines shot 12-of-28 from long range to buck off a bad performance against Egypt the night before. 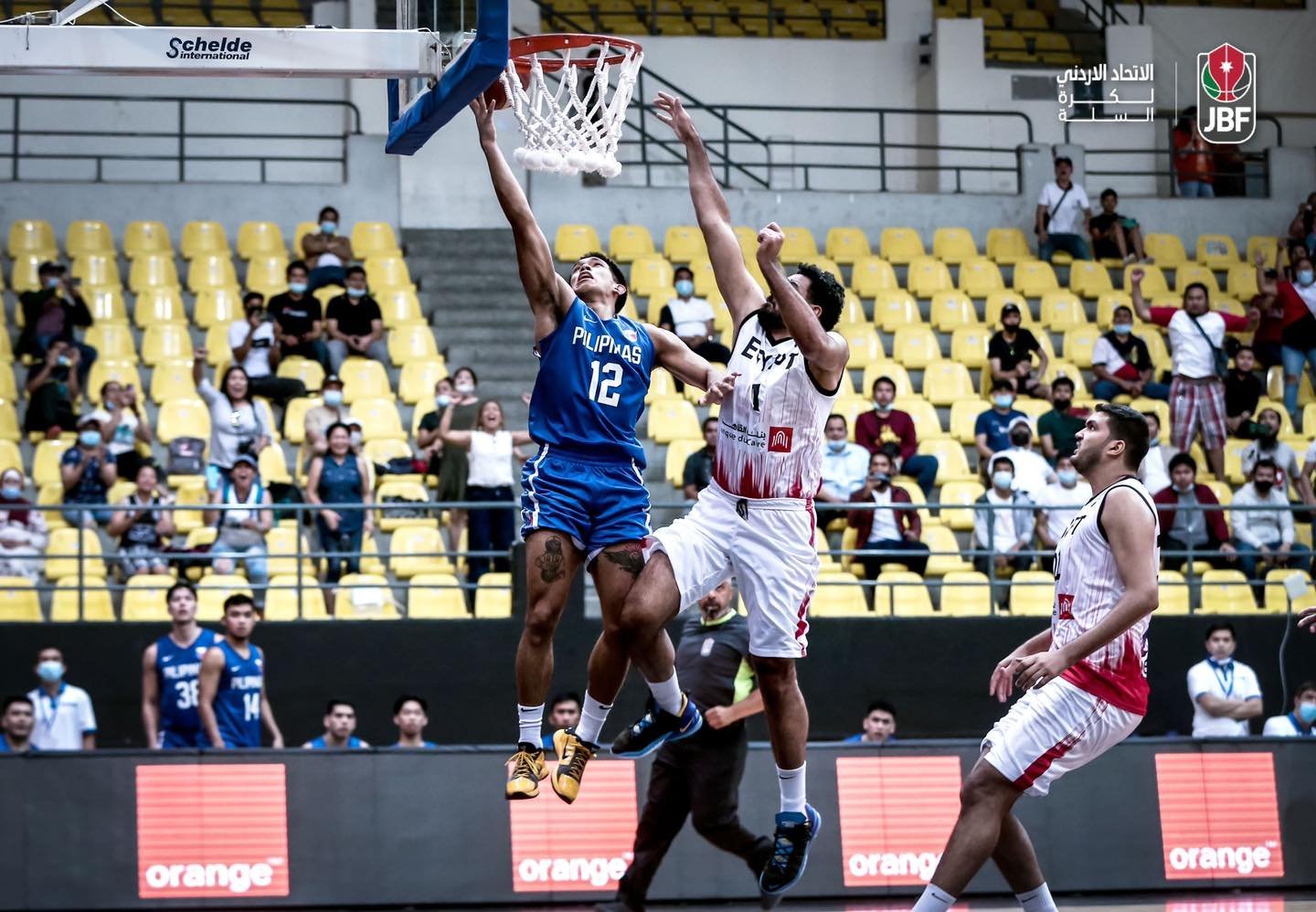 Justine Baltazar led the team, scoring 16 points on a perfect 5-of-5 from the floor and four triples. He also had four assists.

Ange Kouame had 10 points, six rebounds, and two blocks in the victory while fellow big Isaac Go also finished with 10.

The game saw the return of Rey Suerte, who was injured throughout the FIBA Asia Cup qualifiers and FIBA Olympic Qualifying Tournament.

The wing man logged four minutes of action and a shot attempt.

Arabian center Mohammed Alsuwailem led the kingdom with 18 points on 8-of-9 shooting, mostly in the paint.