The 7-foot big man, who sat out in the last two games but has been vocal about being in-shape and ready to play, started in the Batang Pier’s third assignment of the conference. 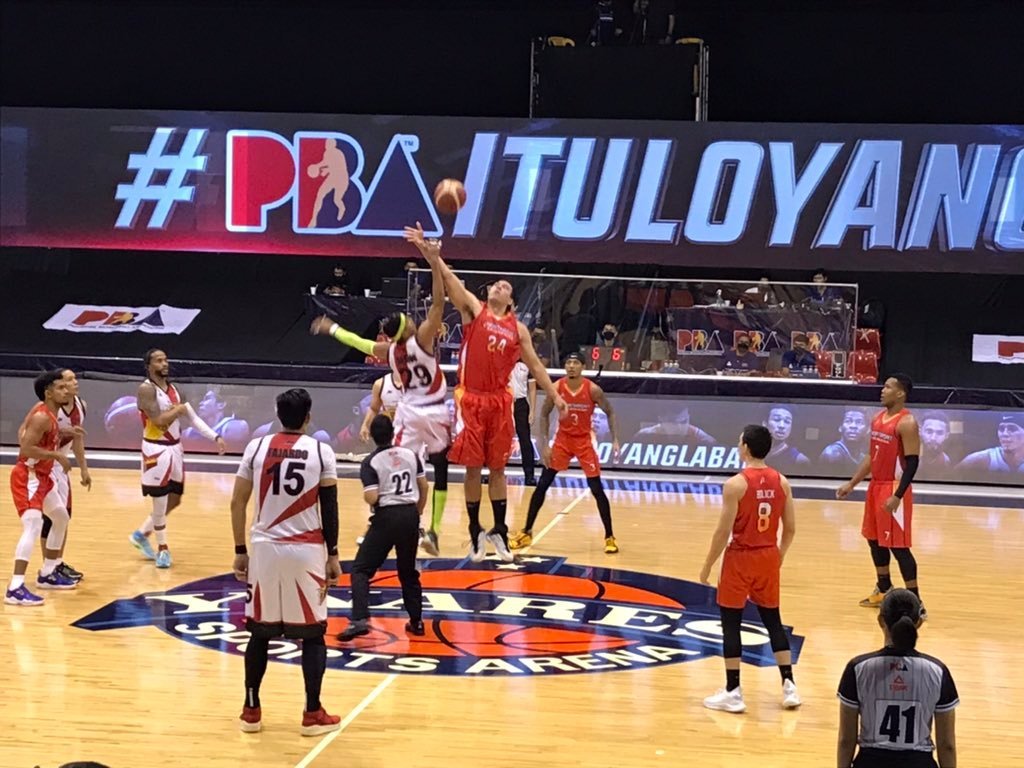 The 2013 top overall pick immediately made impact, dishing out an assist and finishing with a slam dunk.

Slaughter did not play in the first two outings of NorthPort which the team split.

Although Batang Pier head coach reportedly said Slaughter requested to sit out in his first two games, the former Barangay Ginebra center claimed the statement was not true, and that he was always ready to play.

Slaughter sat out the 2020 PBA Philippine Cup when he was still a member of Ginebra, before being traded in exchange for Christian Standhardinger.

UPDATE: San Miguel narrowly escaped NorthPort, 88-86 on an Arwind Santos game-winner. Slaughter had 23 points and 17 rebounds in his debut, shooting 9-of-15 from two.