Manny Pacquiao got a visit from fellow international Filipino prides Jordan Clarkson and Apl de Ap at the Wild Card Gym on Sunday (Saturday in California).

Training for an upcoming welterweight title fight against Errol Spence Jr., Pacquiao was given a boost by the Utah Jazz 6th man and rapper. 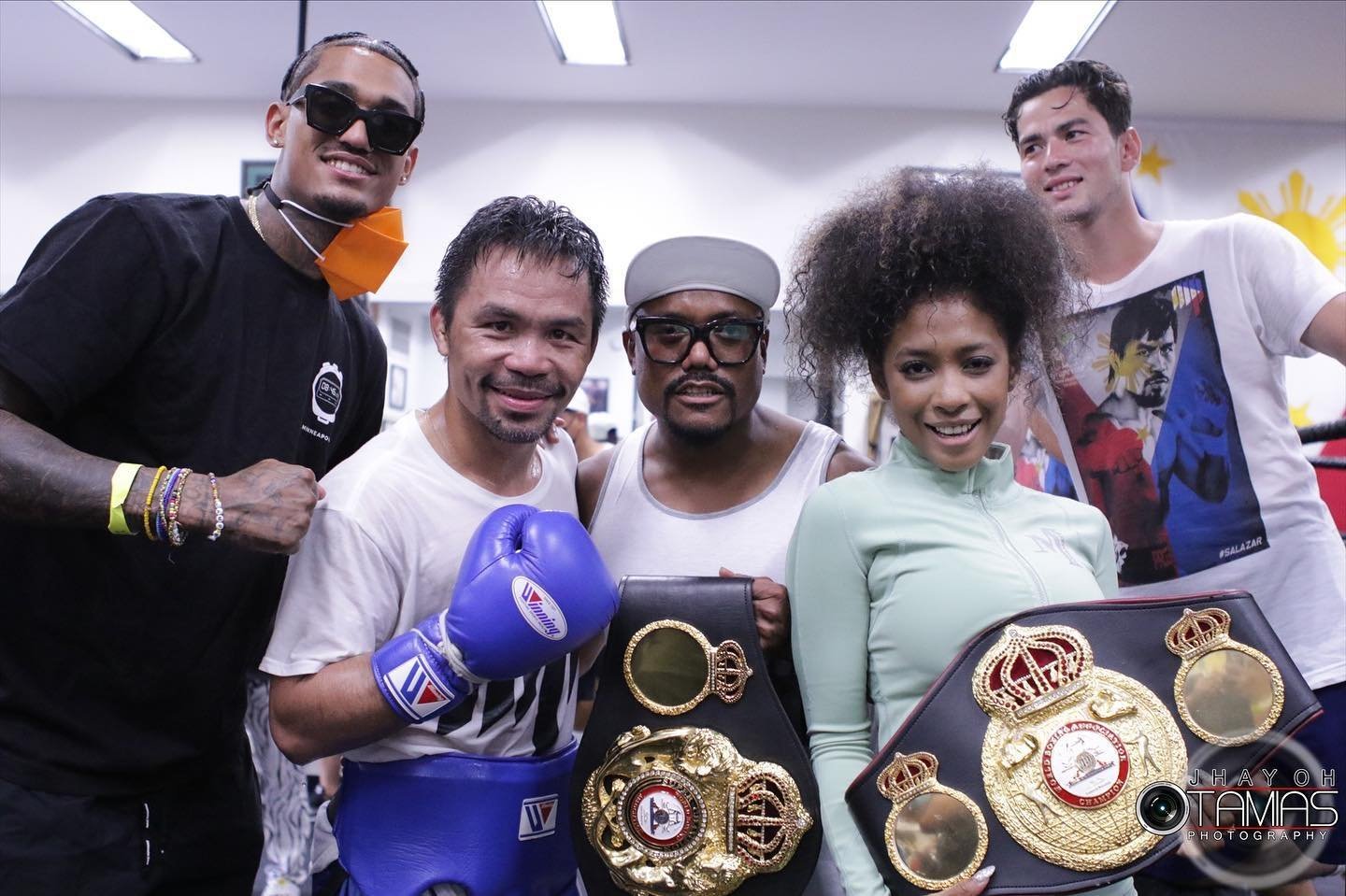 Also part of the entourage is another Filipino-foreigner sensation, J Rey Soul, a singer who has been featured in songs of Apl de Ap’s Black Eyed Peas.

The group posed for photographs captured by veteran sports photographer Jhay Oh Otamias, who has been present in Pacquiao fights and training camps.

Apl de Ap, whose real name is Allan Pineda, has since posted the iconic photo on his Instagram account with Clarkson reposting through his IG stories.

Spence will defend both his WBC and IBF title belts, while both him and Pacquiao vie for the vacant The Ring welterweight crown.