Gilas Pilipinas completed a six-game sweep of the 2021 FIBA Asia Cup qualifiers after repeating over Korea, 82-77 in the final game day of the third window Sunday in Pampanga.

The Philippines shot 14-of-37 from three-point area, relying on its hot shooting to book the win. 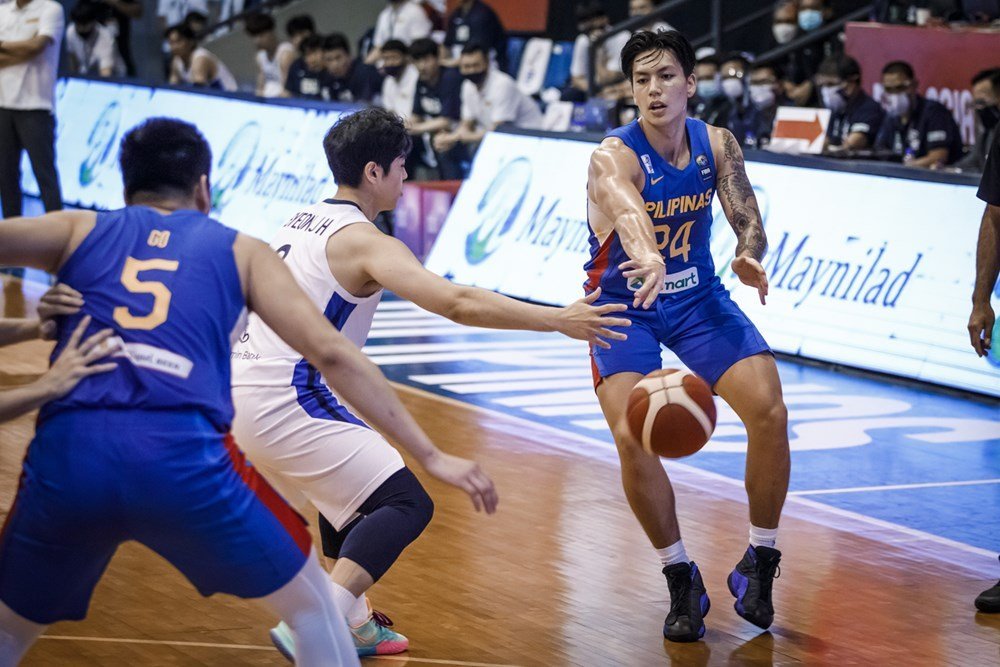 Jordan Heading, Kai Sotto, and RJ Abarrientos were all productive with 10 points apiece.

Unlike the last time where Korea raced to a big double-digit lead, Gilas was able to go toe-to-toe with their Asian rivals from the opening tip.

Coach Tab Baldwin’s group led by as much as 43-34 midway in the third, before Korea chipped away using outside shots as well.

Some baskets by Abarrientos, Heading, and SJ Belangel gave a 75-69 cushion for the nationals.

A foul during a deadball situation was then assessed to Korea in the ensuing play, giving free throws and possession to Gilas as they sealed the victory.